The Flood on the Plain All Summer Long 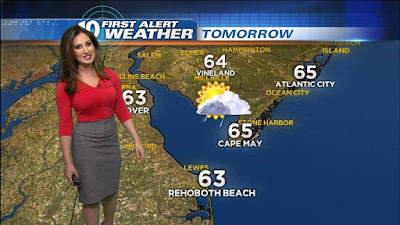 
HAARP as this blog has warned in Weather Modification, is not going to withhold it's fury this coming summer, as all of you are dealing with Biblical historic flooding. Now that the media has caught up to what this blog was warning of months ago, I have some more information on this.

First I post a NOAH gif as what you are looking at in end March, is the pattern which dominated from October to thee entire winter in the United States. Those areas which were deluged, will face the same precipitation in summer as they did in winter.

I received an early warning in this, in monitoring farm weather forecasts for the upper Midwest, whose entire business it is to warn these millionaire farmers of what the season portends. What the reports I am receiving for the next growing season, as in 5 months, is a continued deluge.

If you draw a line from Galveston Texas to New York City, this will be the flood plain in weather bands. You must understand as America heats up, there will initiate the Summer Tornado Alley from Texas / Oklahoma, in an fan dance which will reach from the Dakotas into the Ohio. I have been concerned about the massive snows this winter in thinking those behind this selling oil to Americans would stop the deluge, but they have not. In order to not wipe out all life forms and alert the primate population, they have by HAARP dried up the atmosphere now for a week in the Plains. I have seen reports that a wet cycle is looming the 2nd week of April.
This compounds as every tenth of rain becomes a half inch on soggy soil. Soil that is wet, or cloudy days, does not dry out, so that compounds the problem. There have not been winds to dry out the soils, so that compounds the problem also. At this point every inch of rain coming, becomes 5 inches of rain on flooded grounds. When the ground can not absorb it, the rain amplifies.

As of this writing the the upper Plains have not melted yet. That will begin this week in earnest. The Rockies for those who do not undertand melting, will not unload their snow pack until May to June. Now compound this if HAARP starts unloading more moisture in April and May, nothing will dry out, and the flooding will be amplfied coming out of Montana, the Dakotas and Wisconsin.

June is the month of the most rains. Again, the soils are full and every drop of rain will be run off. This is also the beginning of Tornado Alley season. The sun is very warm in radiance. HAARP is keeping America cool and dry. That will create super storms again of huge hail, high winds and deluge rains of 4 to 12 inches in cloud bursts.
The people of Kansas in settling the area, often drown, because dry washes would flood out of clear skies, because upstream it had rained 10 inches the night before. George Custer and Teddy Roosevelt spoke of storms in the Dakotas where hail was deep as snow drifts. God tamed this weather for Christian America. It is no longer tamed and in Weather Mod we have witnessed the catastrophic results. The point I am making is HAARP has alerted the Chicago Grain Trade that this summer will be wet. That means more than the normal 23 inches of rain, and when it is compounded with super storm deluges, everything from the Great Plains to the East Coast is looking at impressive ruin. I have concerns in this as Texas has been an anchor point for the past year of HAARP in it is already wet. Texas is a clay flood plain, lifted up from the Gulf. It has beautiful Pans, or huge shallow lakes which fill up to control flooding. Texas is already wet, and some of these storms are spiking out of New Mexico and Arizona in late winter. At this time the Sacramento California area north is an anchor point for the coming moisture, so this band should  track Montana Colorado, Nebraska, Dakotas, Iowa, Minnesota to the east.

HAARP has shown it can create moisture bombs any place it desires as has been exposed exclusively here. It is a point though that traditional moisture is coming, it will be amplified, and none of this is going to be good for Trump state agriculture as farmers need to get into fields which are mud, covered in snow pack and look to be swamps this year due to the increased rain which the Chicago merchants are predicting.

If this is not stopped, this is going to be a shitty, wet, insect, disease infested year by Weather Modification design.

That is the preliminary alert in this, in another Lame Cherry exclusive in matter anti matter.