Everything is Enemy or Target, Nothing is Friendly, I mean NOTHING. 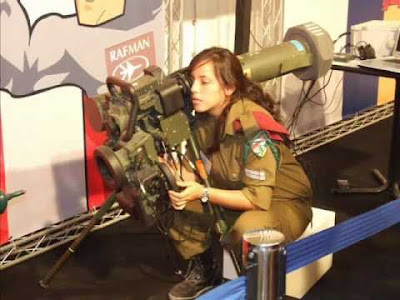 The following is from a Mossad officer named Victor Ostrovsky, whose book, By Way of Deception, had lawsuits filed against it by the State of Israel to keep it from going to press. The words of this Canadian Jew are most important for everyone of you reading this, as it will be eye opening as you consider the past years of 9 11 and Jews dancing on roof tops, Barack Obama and Nicholas Sarkozy calling Benjamin Netanyahu a liar and the way American Evangelicals treat Jews as Jesus third  testicles as some holy oracle.

From top to bottom in the Jewish state, the Jew is taught the following whether in synagogue in being the Apple of God's Eye and you are just the goy to the professionals of Mossad who view every Jew as an exploitation point in the nations they reside as Diaspora and every nation and person as a people to be exploited for the Jewish state's use.  You are going to read some of the most cut throat assessments and teachings of Tel Aviv.

Take from the first statement of a Mossad officer to his class of cadets, that in America, Americans are either an enemy or a target, no one is considered a friend.


We will explain to you what the charade is all about, said Mousa. "We do most of our work in foreign countries. For us everything is either enemy or target. Nothing is friendly, I mean nothing.


By way of Deception
Page 58


In the following you will read the protocols of the Jewish religion and the Jewish intelligence, in it being summed up, they do what is good for them and it is screw everyone else.
If American Jews died on 9 11, it was part of a bigger necessity and they would be expendable as Ghetto Jews for World War II.
The state has such a fixation on the holocaust as it is a brainwashing weapon against the Jew to make them approach everyone with a chip on their shoulder, to be made to pay for something which has been proven is 4/5ths fiction.

If the target was Israeli, you had to use every means at your disposal to prevent it, even if it meant disclosing your source. If you had to burn an agent in a target country in order to protect an installation in a base country, then you would do so. That is what you had to do. (All Arab countries are target countries, while anywhere  Mossad has a station is a base country.)

If the target was your own, and you had to endanger a source, of any kind, then you left it alone. The most you could do was offer a low key warning, a vague  warning which they should watch just in case something happened. That warning though would likely be lost among  thousands of others.

These attitudes were engraved in our minds. We were to do what was good for us, but screw everybody else.


The Canadian Victor Ostrovsky threw off the Mossad propaganda for the reality as he examined the blind loyalty to such cut throat policies conflicted with humanity and damaged the Jew, for the question is does a Jew having suffered pain have the right to make one to one million non Jews suffer to make up for the original sin?


If they weren't burning us  in World War II, then they were helping, or if they weren't helping, they were ignoring it.
Yet I don't remember anyone in Israel going out and protesting when all those people were being murdered in Cambodia.
Does the fact that Jews have suffered give us the right to inflict pain and misery on others?

Lastly this closes with a Mossad officer who worked with the Americans in the Central Intelligence Agency. Remember how closely George W. Bush and now Donald Trump allied themselves with Tel Aviv. Remember that when you read the last sentence in how the Jewish state views the United States as nothing more than a tool to be exploited in any way possible.


Among the lecturers in this second segment of the course was a two hour dissertation from Zave Alan, the by wonder of liason between the Mossad and the CIA. He spoke on the United States and Latin America. Alan explained that when you deal with a liason person from another organization, he regards you as a link, and you regard him as a link and a source. You transfer to him the information your superiors want transferred, and vice versa. All you are is a connector. But since you are both people, chemistry is important. For that reason, laison people will be changed if necessary. Once the chemistry in right, you can create a personal relationship between yourself and the other side. As the relationship grows, your contact develops sympathy for you. He understands the danger your country faces. The idea is to bring the intelligence down to such a personal level that now you are dealing with a friend. But you must remember that he is still part of a big organization. He knows allot more than he is allowed to tell you. Sometimes, however, you may be in a situation, where you need information, that he might volunteer to you as a friend, knowing it can't harm him, and also knowing you won't leak it. That information is very valuable, and, in terms of writing a report is classified as JUMBO.

Alan, peering out at us through his John Lennon glasses, boasted that he got more JUMBO information than anyone else in the Mossad. On the other hand, we, as Mossad officers did not give out JUMBO. We would prepare make believe jumbo, information to be given on a personal level in return for personal information from the other side. But passing along real jumbo was regarded as outright treason.

Alan told us he had many friends in US intelligence. "But I always remember the most important thing", he said, pausing for effect. "When I am sitting with my friend, he is not sitting with his friend."


The Jewish intelligence literally makes up information to pass onto Americans in order to trade with Americans who offer real intelligence out of sympathy. Just remember in Thresea May's MI6 Christopher Steele frame up of Donald Trump reporting back to John Brennan of the CIA, that there was reported floating around in this group a Jewish Mossad intelligence officer involved in this frame up.

Papadopoulos investigated in Mueller probe for acting as ...