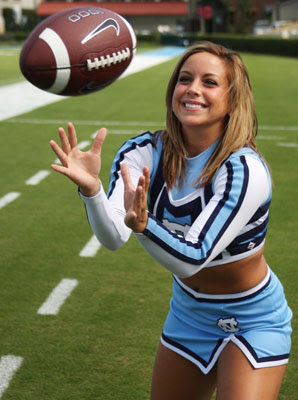 I picked this off Liberty Daily as I had nothing to do at 12:20  AM. It was the Mueller Madness from the New York Post. I played the brackets and sort of have to protest in I did not know some of these liberal culls, but more to the point is the brackets were not balanced.

For example, Morning Joe went down to Bill Kristol. That was like playing a #2 and #3 in the first round. That just does not happen. Honestly if Morning Joe was in the right bracket, he would have probably smoked Stephen Colbert and Robert DeNiro, as he has weight and the constant presence of being obnoxious.
Alec Baldwin went down in the first round, because he has such a gorgeous wife and was focused on parking space rants, that he never spewed on Trump.

Many of the liberals who were so brave in the first year like Jimmy Kimmel and, even Alyssa Milano have faded in the past months, so just being pussy about things, they faded in not being strong. Like Kathy Griffin cutting of Trump's head, could not match up with Robert DeNiro being a real asshole. He did so well that even his Nigress wife booted his ass out. I mean if you are a rich white guy and you can not hang onto a Black woman, you are boring as shit and can not talk sexy trash to please the hot chocolate.

So what rose to the top for me, were the people who were consistently obnoxious, vile, deranged and just reminded you of dog vomit which was a mix of cat shit and rotten calf after birth.

That is how I arrived at the final four of John Brennan, Stephen Colbert, Bill Kristol and Robert DeNiro. All of these are like tooth plaque with VD in being creepy, but when it came down to it, the real championship was the Brennan Kristol match up, as DeNiro is just like Colbert in doll piss out of a plastic bladder, in not much there.

So the winner was John Brennan, the creeper who abused the CIA, abused the public trust, and abused Twitter. You know it is bad when ABC's Terry Moran hauls your ass out in public for lying for two years after you were running an illegal CIA operation with the FBI as cover, against the 2016 elections on fake dossier information.

It is tough when you are Swamp State, and for your salaries you get a call and told to whore yourself as the nutty whore of the Obama sedition which swept the nation. There are categories for creatures like this, and they rank right down there with pedophiles and things that kick puppies.

The New York Post provided a good exercise, so the public can voice it's disgust and all of these disgusting sub primates can see how they rank. The problem is some of them will view this as an honor in being listed in this list of liars who have the stench of dog vomit scented of cat shit and rotten calf after birth.

Should Rosie O'Donnell been included? Probably not, as she faded, but how about the dead like John the hero McCain, that prick Jeff Flake, Susan Collins or that nut Maxine Waters. See there are people in these brackets who honestly would have made it to the final four, and might have knocked off John Brennan on a good day, but even McCain using his own funeral probably could not have displaced a CIA Director violating everything sacred about the intelligence community.

It is a wicked world we now live in, and maybe we need a second chart which includes the Obama cast, including that asshole John Kerry, but for now, all there is this bunch of refuse, who if they had shame would have a gun barrel up their mouth ending it all or at least quitting their job as they could not deal with the humiliation.

The public trust has been obliterated in the United States, and these conduits of the Bush, Obama, Clinton families, along with MI6 and Mossad, are responsible in they engaged in this deliberately. 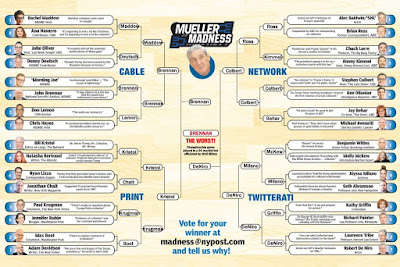