Robert Mueller Goes To The Whip 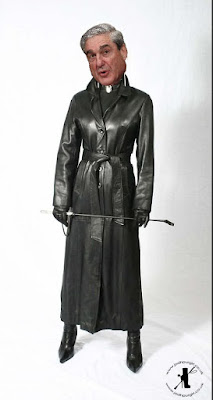 This time I go to the whip baby!!!

With conclusion of Protector of America Robert Mueller, protecting the identity of the entity known as the Missing Link, by bankrupting and imprisoning them, all of us must applaud Robert Mueller and his team on a most successful witch hunt. In all of this, we can agree that the democrats are the one who left their end down and can anyone be more embarrassing then Jared Kushner who fingered his own brother in law, Don jr. in cooperating with Robert Mueller.

We must now though focus upon what is of real importance in this which of course the Lame Cherry will address. We now have George Papadopoulos, Paul Manafort, Roger Stone and Jerome Corsi either having been in prison or facing life sentences in prison, and in this to be fair, Republicans are due their own 4 Horsemen for prison terms.

After giving this about fifteen seconds of thought, I suggest the following candidate for prison to equalize the Trump people who Protector of America Robert Mueller has put into prison, as after all, these four probably know the identity of the Missing Link, and need to be made an example of, so that the Missing Link's identity will not be known. 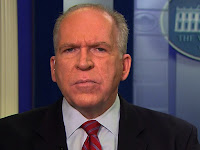 I have my own orange prison suit.


I know we can all agree that John Brennan should go to prison. No on likes him and he looks like a James Bond arch villain. I would recommend an insane asylum as the way he goes off, he acts like he needs straight jackets, rubber rooms and horse tranquilizers.


Second up, James Comey. No one likes him either, and after all Robert Mueller did for him, Comey shows no appreciation and he seems to be the creepy version of John Brennan's crazy cousin Roy, they kept locked in the basement.


Third, again we can agree that Peter Strzok should be in prison. He deflowered the lovely Lisa Page, a most heroine character ever, who wept over it all in Congressional testimony, still defended Strzok in Stockholm Syndrome and this lovely creature had a baby, a wee little babe, and a husband, and Strzok was doing wet things on her. A cad like that belongs in prison

I think inmates will like my being with the FBI.

Lastly, this is the problem in there is Andrew McCabe, Rod Rosenstein, James Clapper, John Podesta and his pedo brother, Val-erie Jarrett, Birther Hussein, Michelle Obama and that guy whose name I can't remember at the FBI.


I just can not make up my mind, as if Comey is Roger Stone, John Brenan is Paul Manafort, Peter Strzok is Jerome Corsi, then who would be a good fit for George Papadopoulos?

If we put Michelle Obama into prison, I think it would endanger the lesbian population. I mean there are not enough lesbians a day to keep Michelle at bay. Val-erie Jarrett, is heinous enough, but that is like exchanging for an alter boy for satan.
James Clapper is well like the retard boy who got put up to stealing candy for John Brennan, so he would not do.
Rod Rosenstein is out, as Jews never go to prison or get indicted in Missing Link stuff.
It all comes down to I think Andrew McCabe or the Podesta perverts who worship satan. 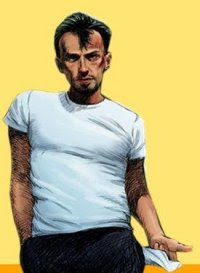 Looking for my new pocket liner


McCabe we all know was taking bribes from Hillary Clinton for his wife to run for Senate.  Then there is the Pedo Boy and Bro for satan.  It is tempting to throw two Podesta's into prison for one Greek, but the thought of Andrew McCabe in prison holding onto some stud's pocket liner has just a Hollywood movie scene to it like Prison Break.
See we have to think of things like prison breaks, and John Brennan is so fat and old, he would die before he made the yard. Comey is so tall he would get his head caught in the wire. Strzok is the kind  you know would have a prison ring, a shim and nudie pictures of Lisa Page to trade for cigs. He would be so notorious running the blocks that he would never want to leave. So for prison breaks, I think we go with Andrew McCabe as he seems like he would wet his trousers, and run over the guards in a panic, and you need that kind of driver in a get away car, as John and Tony Podesta.........John would just rev the engine and Tony was too fat to get behind the wheel.

So I say we put John Brennan, James Comey, Peter Strzok and Andrew McCabe into prison.


Now that we have that settled, we have to find a balance for Jared Kushner who sold out the Trump's while turning 666 tricks. I nominate for turning state's evidence against these criminals, Chelsea Clinton.
She is married to a Jew like Ivanka. The lesbians or guards would not want her in prison as it would eliminate all the prison sex. 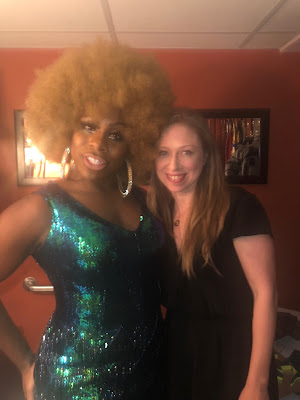 Can we keep Chelsea out of prison when she has been practicing for it?


I know people would like the Obama adopted daughters to get immunity to turn on their parents, but the problem is so many Blacks are in prison and cutting deals, that the DOJ might mistake them for  a million other Blacks, and let's face it, they aren't Jewish.

So it will be Chelsea Clinton turning states evidence to putting Brennan, Comey, Strzok and McCabe into prison, where a prison break will take place if they can get Peter Strzok out of the cell block. As Chelsea has no inlaws of  importance to finger like Don jr. for immunity, I submit that Chelsea fingers crooked Bernie Sanders as people like Bernie, like they like Don jr., so that should handle the Mueller witch hunt for real criminals this time.

That should solve most things, as Lisa Page does interviews and magazine covers, maybe a Playboy shoot to keep this interesting and tasteful, as after 2 years of Robert Mueller protecting America, we need something to enjoy.

A Star Is Born


It is time to indict the democrats in quid pro quo as this issue needs to be addressed and put on the front burner.