How To Be Stephen Hawking Annoying 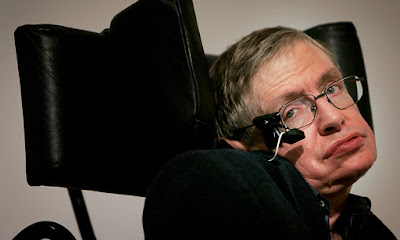 I can't say I have enjoyed someone dying this much since God stuck down me mum. I mean Stephen Hawking was the most annoying Godless wonder of the modern era. If Birther Hussein had a brain, he would be Stephen Hawking and thank God that functioned on the level of the banana eaters.

I am enjoying not having that attention whore showing up everywhere being annoying and then all the stupid liberals annoying me like everything Stephen Hawking AI'd was some sermon from the mount.

As it has been some time since that liberating day of Hawking's wheels quit rolling, I just had to have this feel good moment and found some photos of the day. Unfortunately even at the funeral, annoying people were there. 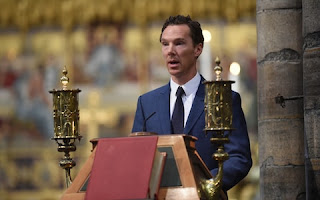 See that is the kind of fag that like Stephen Hawking would be liked by. Fortunately other annoying people showed up, who I doubt will be a plague in our lives in showing up on my laptop screen or movie screen as let us face it, people related to Stephen Hawking have about run out the mill on how much 15 minutes of fame can be tortured out of any population. 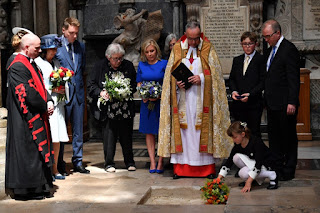 You do remember Godless Steve right? Well how about this one in he had his funeral at Westminster Abbey, yes a real Christian burial for this hypocrite, and where did they plant him, but next to Christian Sir Isaac Newton and while I did not have the bandwidth due to no rich donors as of yet in when I typed this up, I suspect his other roommate was Sir Charles Darwin, my own  relative who renounced his Godlessness at death......unlike Hawking. 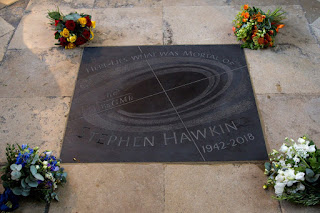 I always thought you had to be Christian to get a Christian funeral from the Church of London. I mean how turning over in the grave can you get than to deny God, and then get planted in the Abbey. I doubt hiding out there is going to do allot for convincing God of anything.
I mean what did Steve do when he met Jesus, did he say, "Oh hi Jesus, I denied you in life, and told a bunch of numb skulls there is no God to send them to hell, but hey Jesus, I got my corpse planted in the Queen's Abbey, so what you do has no standing here, so get out of my way as it is Queen and Country after all".


The thing in this is, Stephen Hawking was annoying in life and I am just as annoyed with this fraud in death. But then not giving a damn about Christians in life should have been a clue that he would not give a damn about Christians in death.
Christians suffer with Christ in obeying God's Laws, being attacked by satan and made fun of by the elite like Stephen Hawking mocking them. They don't have the bank accounts or fame, because they invest in caring about others. Then Stephen Hawking comes along even in death and sullies up their Faith with a Benedict Cumberbatch pissing on them all.

God, I hate annoying people as they even know how to annoy the hell out of decent people even in death.