When a President Disarmed General Douglas MacArthur Before a War 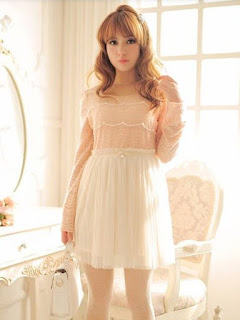 General Douglas  MacArthur has always been mocked by the communist left in America for his inaction and actions throughout the tenures of two failed democratic presidents in Franklin Roosevelt and Harry Truman, one thought he knew more than everyone else and the other thought he was smarter than everyone else.

When World War II broke out due to the failed policies for peace by Franklin Roosevelt as he desired war as a diplomatic tool, the failures abounded from Pearl Harbor, to Guam, to Wake, and to the Philippines as the American military was a paper impression, after years of Roosevelt's covert wars in China against Japan.

The Philippines is where Douglas MacArthur commanded, but to answer the Imperial Empire, Franklin Roosevelt had only provided 16,000 combat troops, of that number only two regiments. That requires knowing in 2 regiments were facing thee entire Imperial Army.
There were only 150 operational aircraft. As at Pearl Harbor, orders had been issued from Washington that all aircraft were to be lined wing to wing to guard against sabotage, which of course made the aircraft sitting ducks for the Japanese pilots who destroyed all the planes on December 8th.

Much has been questioned of General MacArthur in why he did not prepare more, but the fact is he was prepared as much as orders would allow. He had radar, but his radar operators as at Pearl discounted the incoming aircraft.

The Filipino force was the Scout's Division, number 12,000 as the only combat ready force.

The Japanese against this nothingness of America, deployed the 14th Army with the 16 and 48th regiments included which deployed out of Taiwan and were seasons troops.
In support the Japanese, supplied the 3rd fleet, 2nd fleet,  two aircraft carriers and the land based 11th Air Fleet and the 5th Air Division.

MacArthur was forced to concentrate his forces around Manila and on the 12th of December, Admiral Thomas Hart in command of the Asiatic Fleet in the Philippines sailed away from the Philippines, leaving MacArthur without any naval support. Hart in his fleet would be sunk under British and Dutch command in the coming Battle of Java Sea.

General Masaharu Homma directed the Japanese 14th Army for a direct landing  on Luzon to attack MacArthuron December 10th. Homma's diversions did not draw MacArthur from the capital, but by December 22nd MacArthur with his few forces was forced from the capital to the strategic defensive area of Bataan which is 30 miles long and 15 wide.

Again supplies were lacking on Bataan, and MacArthur made a strategic mistake as the British had in not extending his line into the jungle, which were promptly outflanked by the Japanese. MacArthur reformed his lines and did not repeat the mistake, but he had lost one half of his defensive position.

The 10 square mile zone held now the less than 16,000 surviving Americans, the addition of 67,000 Filipino and 26,000 civilian refugees. There simply was not food and rations were short.

On March 12th, the General was ordered off the island by his superior. 9300 Americans surrendered as did 45,000 Filipinos of which 25,000 died of wounds and disease on the Death March.

The American position fell back to Corregidor where 16,000 Japanese shells burst on May 4th and on May 6th Corregidor surrendered.

In an examination of this campaign, General MacArthur was under orders from Washington concerning security which resulted in his meager air force being destroyed. The US Navy abandoned him and the Americans there. The Army was not going to be relieved or supplied, beyond a few submarine runs of supplies.
This was an unmitigated disaster which was deliberate by Franklin Roosevelt. He kicked the war into gear with Japan by his Secretary of State Cordell Hull's humiliation of Japan, and then had not done a thing before that November 26th, 1941 date to prepare for battle.
Roosevelt stated he was going to fight Germany first. The US Navy in the Pacific would gain some ships, bu the US Army would receive absolutely nothing.

In analysis of this General Homma commanded directly a 44,000 plus military army against 16,000 Americans who were not of fighting strength, as Homma was supported by his Naval and Air Forces swelling the numbers to at least 60,000.


If General MacArthur had been afforded adequate forces, defensive armaments and an air wing capable of striking the 14th Army, the Philippines would have afforded a massive consumption of Japanese forces and a humiliation. This is where the war should have been centered for American until production equaled the necessary war effort. Every American landing would have benefited from a Fortress Philippines.

General Douglas MacArthur has been maligned by the communist left in America, as the fact is political FDR could not have a hero MacArthur appearing as this Republican would have not been Shogun of Japan, but President of the the Untied States.
The Philippines would have shortened the war in the Pacific by 18 months, and John Keegan notes that the American bombing in Germany stopped for German war production to resupply into 1945 when the war could have been over in 1944. Franklin Roosevelt would have been defeated in 1944 by General Douglas MacArthur having returned from the Philippines.

This ends this white paper analysis of the Philippines Defense and Campaign. There would not have ever been a Bataan Death March if the United States had a president in 1941 who had prepared to fight a war he instigated. 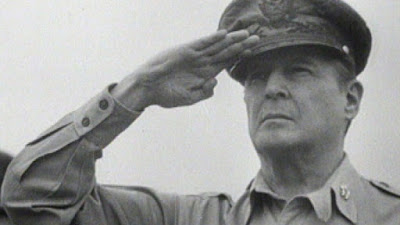