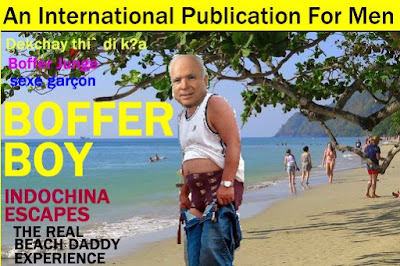 Our colleague in noted behind the scenes Vietnamese journalist, Souzay Puhntang as a devoted Indonesian Barack Hussein Obama / Barry Soetoro voyeur, covers the Amerapean crowds who visit south Asia. One publication which is plugged into this, European and American elite Beach Daddy Experience, featured some candid snapshots of someone Souzay thought looked familiar. In checking on the identity, her source said he resides in a personal compound in Vietnam, takes a helicopter over to Thailand and spends a few days soaking up the ambiance. 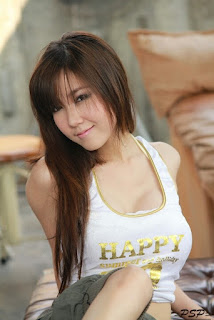 
He signs the guest checks as Jean LeCain. Not much is known about him, as he showed up sometime last year, but has become a great favorite with the hosts and hostesses of the beach set, as he is a big tipper. 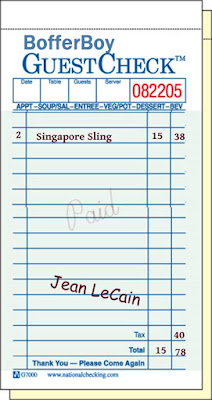 Another big tipper is the image of Barry Soetoro, seen here on Boffer Boy Beach. The magazine mentions that in  lieu of cash, image Soetoro plays "Rub the Buddha" for luck. The Thai beach boys apparently are quite taken with rubbing Michelle Obama's big ass for luck. Apparently the first one survived the event when it was offered, and the legend spread and is now considered a sort of "Right of Manhood". 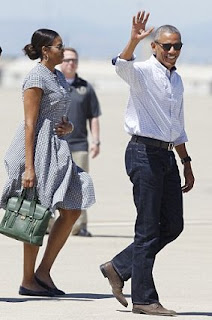 The Obama's enjoying the ambiance at Boffer Boy Beach


It was what was inside the cover of the exclusive magazine which brought questions to the mind of who this Jean LeCain could be as he seems to be quite active on the beach and gave several interviews to Boffer Boy editor, Lancelot Colbadge.

Here we see LeCain in an embrace with one of his ardent admirers, Fille Lâche. 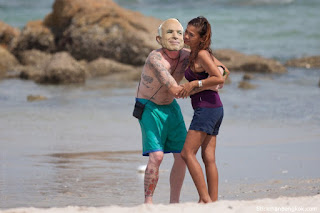 
LeCain also won the South Seas Picasso Art Tournament, with his entry of Sand Castles, entitled,  Body of the Beach.


I realize like all of you reading this as did Souzay Phuntang, that LeCain has a striking resemblance to Chevy Chase.  Upon further research though of club records, it was revealed that LeCain and Chase can not be the same person, due to reality that LeCain hosts a Beach Daddy Laugh Nite which according to Phutang is quite humorous, and Mr. Chase is not. 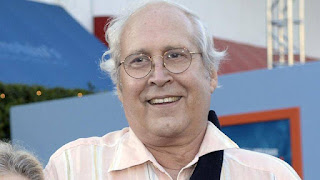 
We may never discover the true identity of Beach Daddy, Jean LeCain, but rumor has it, that LeCain 's beach castle will be appearing in the New York Metropolitan Musem this coming summer with a personal appearance by him, and if not LeCain, Phuntang stated the Thai Arts Counsel is asking Chevy Chase to host the event with Michelle Obama making a special appearance so invited guests can Rub the Buddha for luck.