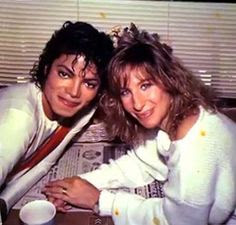 
With liberal Jew, Barbara Streisand coming out in the defense of pedophilia, in attacking the survivors of the Michael Jackson abuse of children, this blog never is going to pile on and stoop to the one dimensional attacks of others in name calling or condemnation of Babs Streisand, as it accomplishes nothing.

In the first quote, Babs, differentiates "molested' as it is a thing of degrees. If children are thrilled to have the attention of an adult, are getting something out of that relationship, then when an adult molests that child, and the child goes on an still manages to raise a family, then pedophilia is an acceptable thing, according to Barbara Streisand's reasoning.

As this blog has written of previously, this is the Greek mentality of the empire. The ruling class often purchased children to molest them, but society accepted it, as long as the adults advanced  the children to adulthood at a better station of life.
This is what elitist Barbara Streisand mirrors. It is alright to abuse someone, as long as they are rewarded, and when they have families, all is proof that harming that child did not matter as the kid turned out ok anyway. 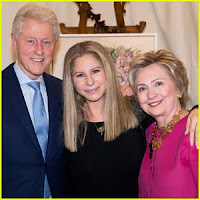 The question in this is simply, based on her defense of pedophilia, in people defend things they have experience with, in who has Ms. Streisand benefited by in her pedophilia experiences? Was she molested as an adult for her career and being rewarded it was accepted? Was she molested as a child and rewarded, unlike a Rosie O'Donnell who self destructed from being abused in being a lesbian?
Was the Michael Jackson experience the base in this, or the accepted norm in this? Are there like Kevin Spacey children in Ms. Streisand's sphere who have stories to tell, or is it in her family, or her sphere of associates that she was so moved to speak in defense of pedophilia? “You can say ‘molested’, but those children, as you heard, say they were thrilled to be there. They [are] both married and they both have children, so it didn’t kill them,” she said.

The term, "Birds of  Feather" is one of association. Ms. Streisand has a career of choosing in her adult an association, including having affairs with those who abused children and women. It is a point in the Streisand quote which reveals more of her experience, as she has heard this from parents or other women, who have said,  "You know he is a Nigger, and all Niggers got that jungle fever in their DNA. They all fuck each other in their families. Old Joe Jackson was buttfucking all them Nigger boys, so Michael being a Nigger, is just like Rednecks like Bill Clinton or Jew cocks like Jeffrey Epstein, in they all got needs, and you can't blame them for what they can't help".

That is what Barbara Streisand is stating. Scientifically, Southern Rednecks, Big cock Jews and Niggers all got it in their DNA to rape anything that moves, and as liberal women, you just have to accept it happening, as long as you get paid for it, as that makes it alright..

Remember Harvey Weinstein, the Jew producer, in most of the women he had sex with, was a business arrangement like Ashley Judd, and none of them squawked, because Harvey paid off in rewarding their careers? 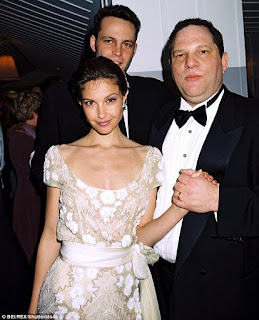 The interesting part in this is, these liberal women, full of rage are not going after the rapists and pedophiles, but their angst is for Donald Trump, who for all his shortcomings, embraced Christian morals and ethics, which made these women face their enabling and  their delusions lying to themselves. As long as Bill and Hillary Clinton, and Barack and Michelle Obama, a group of pedos and homosexuals were on top, these liberal women and men could say, "See God agrees with me", but the moment America became a court which judges all this perversion wrong as the Bible states it is wrong, then all hell broke loose against Donald Trump.

Pussy grab was reminding all these women what they sold out for to get their careers.

Perhaps some adults will come forward and tell their childhood experiences in the world of Barbara Streisand. Perhaps there are none, and Barbara Streisand is only defending the males and females she never spoke out against who raped children. Time is the only measure in this which will explain the depths of Ms. Streisand. What we do know is that the inner sanctum of Barbara Streisand immediately phoned her up in New York as the backlash was immediate, in she had to lie and walk back her defense of pedophilia, as her community did not want the heat, and new this was going to shine the light of pedo exposure on them next.


What is certain in Streisand's group is that they have all discussed this, had some part in this, in being rewarded in keeping their mouths shut or being part of the abuse, that it is established and what is behind this pedo push which continues in America in the hijacked DNC and RNC in the promotion of sodomy. They have affirmed this and participated in it. There will come a time as I have warned all of you of, that pedophilia will be legalized just as Birther Hussein legalized sodomy.

Barbara Streisand is proof of it.