Missing Fink: Gorillas in the Midsts 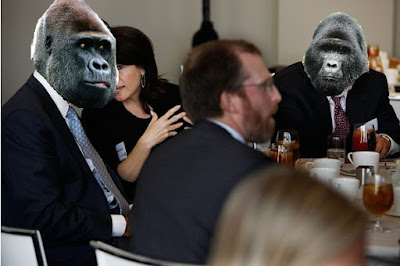 As I type this, it has been an exhausting two days of piecing together information the Lame Cherry's Missing Link series, which has confirmed to me in bits and pieces of conversations the betrayals I knew, the  using of me like a whore in thinking I would not suspect and the numb reality that from this point on, I have to tread lighlty, as the degrees of separation from those really in power and those who were their front people, is very close, and if I do not want to end up dead, as the groups involved in this knew JFK was going to be taken out and signed off on it, are a line I will not cross in exposing.

As I stated, I picked up bits and pieces of information from online, and then began sifting through stories looking for data, because whether it is the CIA reporters at the New York Times or  a politician, they simply can not help but divulge information of major operations which they have a part in. It is why the Mossad invests a great deal of time reading publications as people keep telegraphing what they are involved in.

As you know, the Protector of America, Robert Mueller and his team were hard pressed to locate a person or group called the Missing Link. They kept asking Roger Stone and Jerome Corsi who their contact was as this mystery is what is at the root of all of this, in who was directing the leaks against Hillary Clinton and how it spilled over into the Dirt File on Donald John Trump.

It is not any secret in this that Roger Stone fingered Paul Singer, the fag billionaire of Karl Rove's cartel stable who was to direct funding to produce candidates for you to sodomize yourself with. Singer's first major protege was  the strawman Mitt Romney, meant to go down like John the hero McCain before Birther Hussein, in having another election stolen by the elite in the overthrow of America.

Romney having not recovered from his defeat to Birther Hussein was lurking in the shadows in 2016 to replace Donald Trump as the "delegate herding" was the buzz word which all of the insiders had been programmed with in why Paul Manafort should be infused into the campaign.
Romney always a loser, volunteered to have Hillary Clinton defeat him, for the deep state, as Romney policy is Clinton policy.

Mitt Romney Volunteers to Replace Trump and 'Lose One for the ...

https://www.politicalgarbagechute.com/mitt-romney-volunteers-lose-one-team/
Though he accepted Trump's endorsement in 2012 gleefully, Romney told reporters he sees now that "the kind of way Donald will lose is bad for the Republican Party" but the way he lost "was the proper way to lose a presidential election.

And who was the original that rose Mitt Romney from the Mexican ashes but none other than Paul Singer, who was the major fundraising Jew for the is Mormon strawman.


Was Romney Blind to His Adviser's Vulture Fund? | HuffPost

https://www.huffingtonpost.com/carl-pope/romney-delphi-auto_b_2051373.html
The facts are simple. Mitt Romney's blind-trust invested more than a million dollars in a "vulture fund" managed by Paul Singer, a Romney adviser.

fortune.com/2012/03/26/mitt-romneys-hedge-fund-kingmaker/
"Paul Singer is a philosopher-king type of person," says Anthony Scaramucci, the Skybridge Capital managing partner who, as Mitt Romney's finance co-chair, worked hard to get Singer to swing ...

Singer would appear in 2015 hedging candidates like Chris Christie in the push for Jeb Bush,  and would emerge in this as the main funding source of Marco Rubio. Sweaty Marco would for Jeb Bush provide cover for a Paul  Singer operation to dig up dirt on Donald Trump. That file would become the Pissgate Dossier of MI in London by Theresa May and Christopher Steele.


FORTUNE — As he gears up for the final stretch in the marathon that is the Republican nomination campaign, Mitt Romney has no shortage of eminent financiers to call on — for advice or money. Billionaire hedge fund titans such as Julian Robertson of Tiger Management, Louis Bacon of Moore Capital, and John Paulson of Paulson & Co. have all lined up behind the front-runner. Steve Schwarzman, the co-founder of private equity giant Blackstone (bx, +1.67%), recently held a high-level fundraiser for Romney at his Park Avenue apartment. Romney’s old friends at Bain Capital, the buyout firm he co-founded in 1984, have also been generous in their support. But perhaps none of Romney’s Wall Street supporters will be more crucial to the candidate’s success, or have more influence on his thinking, than Paul Singer.


In one of the odd leads in this, Missouri kept surfacing in John Ashcroft serving on boards, and John Ashcroft having been the benefactor of Katie Walsh, whose husband proposed to her at 10 Downing Street in  a real British insider control of the 2016 elections.
Walsh would be fired by Donald Trump, but resurrected and protected by Vice President Mike Pence. 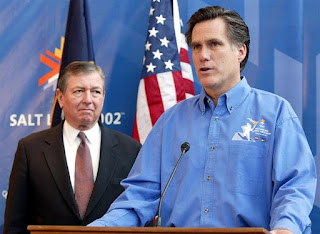 Before though Trump was President, the old alliance of Romney and Paul Ryan would surface in Ryan would meddle in the convention, telling delegates to vote their hearts. This plea was by design to overthrow the convention in the #NeverTrumper movement to then nominate the loser Mitt Romney.

Ryan would go on for the next two years in doing all he could with Mike Pence in obliterating MAGA. 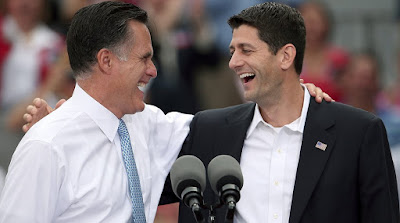 https://www.nbcnews.com/politics/2016-election/first-read-ryan-instructs-republicans-follow-their-conscience-trump-n594291
autoplay autoplay. Ryan instructs Republicans to follow their "conscience" on Trump: In his interview for "Meet the Press" that will air on Sunday, House Speaker Paul Ryan essentially gave every Republican license to follow their conscience in whether or not to support Donald Trump.


It was a strange melding and mutation as Mike Pence swore in Mormon Romney as the neo Utah Senator, as Romney's first gambit was to go to the Washington Post CIA front paper and absolutely trash Donald Trump.
Romney was signaling that he was the 2020 nominee, just as he tried to be the 2016 nominee to elect another democrat. 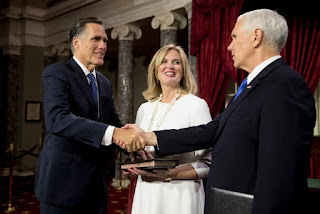 https://www.washingtonexaminer.com/news/campaigns/romneys-attack-prompts-call-to-protect-trump-from-2020-primary-challenger
Mitt Romney's scorching critique of President Trump i n a New Year's Day op-ed has sparked a call from within the Republican National Committee to change party rules to protect Trump from any ...


How Mitt Romney could revive Mormon opposition to Donald ...


The melding of all of this in zero degrees of separation had Paul Singer the Jew fag funder, dumping money into Romney and Marco Rubio's campaigns. Both of these treacherous political whores invested all they had to stopping Donald Trump and have been engaged in everything they could for the cartel to bring Donald Trump down. 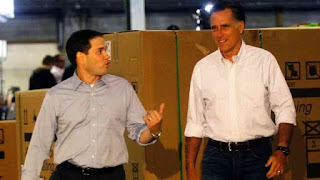 https://godfatherpolitics.com/rubio-betrays-gop-will-fight-against-trump-declaring-national-emergency-for-border-wall/
Sen. Marco Rubio: I will fight President Trump from declaring a national emergency for the border wall. On NBC's "Meet the Press," Sen. Marco Rubio said that President Trump declaring a national emergency to build a wall on the U.S. Mexico border would be a "terrible idea" and that he ...


So when one reviews, Pissgate, which was 10 Downing in origin, who pops up by Mitt Romney, in bed with a caste of Katie nethers Walsh, Marco  Rubio, Paul Singer, Bush fam and the entire neocon network which have been operating behind the scenes.

Mitt Romney by all the connective evidence is the MISSING FINK in the Missing Link saga. He was in the calls to bring down Donald Trump. He is the masters behind the veil in the shadow puppets, but there is not a degree of separation in this. Those who dispatched the Missing Link in one of the most perfect mind manipulation campaigns to bring Paul Manafort into the Trump camp, using all of these insiders conceited, self important, self proclaimed genius, with bias,  prejudice and greed, are of fhis orbit as the Missing Link was  whispering to key people, preying on their delusions and weaknesses, and they jumped through the hoop, got to Trump in his weakest link of Ivanka Kushner, and they set Donald Trump up perfectly to lead him around by the nose. 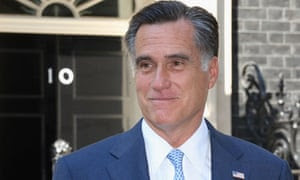 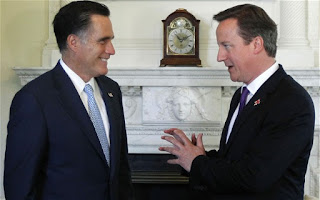 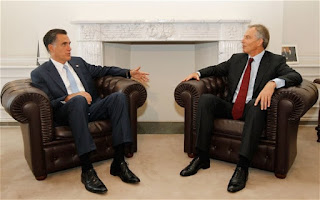 Paul Manafort was never meant to do anything, but be a victim of his own ego. He blew the one job he had in wrangling the delegates as it took Reince Priebus to gavel Trump in, and his real placement was about tainting Donald Trump on the Russians, so that Russian money would not be as Manafort intended, used in Europe and America to build Manafort candidates, who would break America out of the London Jewish financial gulag of debt she had been placed into.

From this point on, I have to ponder what appears here, as the Mossad always offers nice retirement packages which I would gladly accept as all I have ever wanted is a ranch, the money for the equipment, our home and the funds to pay the income taxes as we have enough to live on for a few years until our providence gets the place going........but these people tend to have people die, and that is what being Lame Cherry knowing now has me pondering the future.