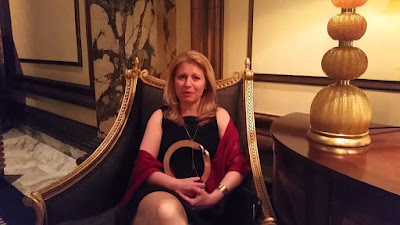 If you want to talk about the poster children for goddamn Alexandria Ocasio Cortez's Marxism in America, you have to look no further than First Lady Melania Trump's land of divinity in Slovakia, where the ruling regime is about to get kicked out by this hot blonde plumper named, Zuzana Caputova. 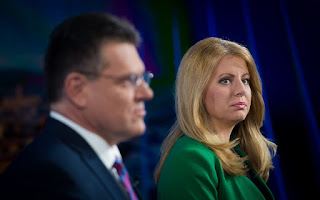 
Think of her as a sort of Donald Trump of 2016, without all the pussygrabbin'.


In the latest election Caputova crushed everyone in the field, including the guy who was supposed to be the next despot in power, Maroš Šefčovič. 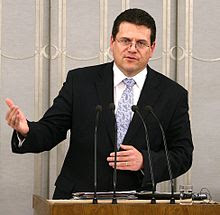 Apparently there are two things you can count on in Slovakia, and the first is, the ruling party is nothing but COMMIE LITE. I mean the SMER SD, which sounds like something out of James Bond, came to life as the scion of the ruling communist party.

Originally named Direction, the party emerged as a breakaway from the post-communist Party of the Democratic Left (SDĽ) on 8 November 1999.


And most of the Slovakians are communists yet, as they control a majority of the regime there. That control though brought about some real problems. 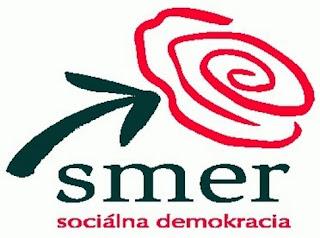 Smer-SD provided the following members of the government (2016–present):


The real problem was the Italian mob. Now I have not a clue why in the hell these Italian sounding Slovaks ever got involved with the mafia, but geez when you got Serbians, Albanians and Russians around who work cheaper, and probably would not be stupid enough to blast one of the few reporters in Slovakia for reporting on Italian mafia buying up corrupt SMER politicians, you would not have sexy Zuzana rolling up the polls and becoming the next president. 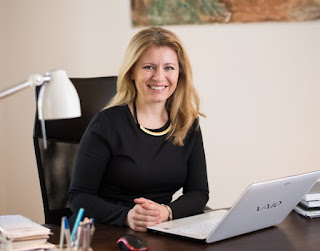 Granted, she is a liberal, a divorcee, an NGO lawyer, a whiner who riots in the streets with other whiners, so I do not see any hope for Slovakia as having a communist party with a rose as their symbol crooked as hell and then having a lawyer woman with a rosebud who thinks she can nice the world to a better place is not going to accomplish anything.

The Slovaks do best under good stiff German command. That is why Chancellor Sebastian Kurz is there to provide the leadership the Slovaks need. Regrettably, Melania Trump has not even made an issue of this first woman leader of the Slavs, as this is her land of divinity, so what good is it having a foreign broad in the White House, if she is not going to be suckering the Slovaks into thinking America needs them.
Look I love the Slavs. They are good people, work hard, have good food and most of them do not look like Darwin experiments. They just need some American interaction or they are going to go German, and nothing spells European Empire like Sebastian Kurz leading a skilled Slavic labor force, selling stuff with Indochinese technology to those African consumers at 2 billion.

So we chalk this one up to Donald Trump lost another big one, and worse in this, Melania really dropped the ball on this as this is her homeland and one would think she would know what the hell is going on there.
I mean this plumper Prez has like three daughters and Melania has one son, so what would be better than two mums hooking up the teenagers for marriage playdates.


Anyway, Sabby Kurz should have no problems with this skirt as he can put the scare into her to sign Slovakia over to Kurz Europa, as Trump Trans apparently does not care about the European Interior which brought us Ivanka and Melania. 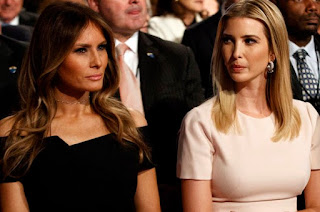 Slovakia? I thought you had Slovakia as I had the tampons.