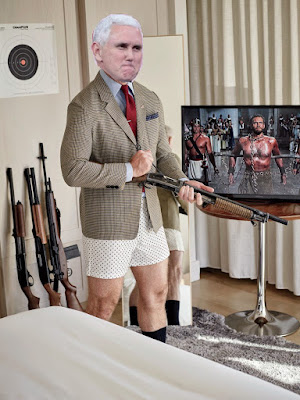 I love the smell of Chicago in the morning....

This blog has some questions as to why President Donald Trump has done absolutely nothing to stop the drug turf violence in Chicago which is directly related to Barack Hussein Obama and then Attorney General Eric Holder, running BATFE operations in Republican states from Arizona, Texas, Floridan and Indiana, with the chief state Commander's in Chief in then Governor Mike Pence and then Governor Jeb Bush.

Now would not it seem an issue of immense proportions for this President and his Vice President with the entire Bush family, to have an investigation with prosecution of Birther Hussein and Eric Holder, as the Obama regime targeted Republican states, as Obama targeted GOP states with oil spills and flood waters. 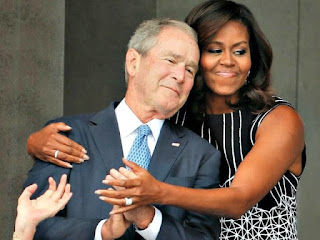 Is that your pistol Mic or are you aroused to see me?

Then again maybe not.

There are questions in this though in how Barack Hussein Obama and Eric Holder have evaded prosecution, unless of course Gun Runner, these Republican swamp rats were involved in this dumping of weapons to criminals to expand gun control inside the United States. 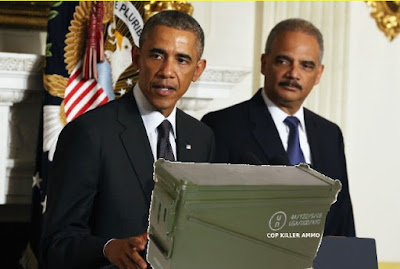 Think of it not as giving weapons to criminals, but instead criminal welfare.


While all were aware of Fast and Furious with Gun Runner out of the American southwest which was supplying Mexican dope lords in the opium and coke trade with weaponry,  there were other operations in this Obama dumping of guns to the international enforces of the Neo Obama Dope Order.

One of the chief locations was Indiana, and has continued to be Indiana of Governor Mike Pence. In this Indiana firearms are walked to Chicago to supply the Obama MS 13 gangs who attempted to drive out the Mexican mafia and the Ghetto Gangbangers.
Under Trump MS 13 has been targeted and the wars continue in a decentralized dope trade in Chicago which sees Chinese and Latin American dope shipments entering Chicago for national distribution being fought over by blacks and browns in block wars. These street corners are lucrative in bringing in 2 million dollars in trade which is laundered into franchises traded on Jew Street in New York.

Gunwalker Spreads To Indiana Posted on 05/09/2011 by Stranger David Codrea's Gun Rights Examiner reports he has obtained ATF acknowledgement that an Indiana gun dealer cooperated with the ATF when he sold guns to straw purchasers.

This revelation—the ATF enabled illegal gun purchases in Indiana without interdicting the firearms before they could be used in crimes—indicates that Operation Fast and Furious was part of a wider effort by the ATF to arm Mexican drug cartels on U.S. soil. In Indiana. I know that sounds bizarre but . . .

Gunwalker goes to the Hoosier State. ... Having already explored the disastrous experiment known as Operation Fast and Furious, ... even after Gunwalker was exposed ...

Jeb Bush of Florida had his own federal intrusion manifesting under Obama and Holder in what was termed Operation Castaway where the notorious Fabrique Nationale of Belgium which controls the lion's share of the American civilian gun market with Turkish Muslim manufactured expensive weapons, was moving Cop Killer auto pistols into the Florida area. 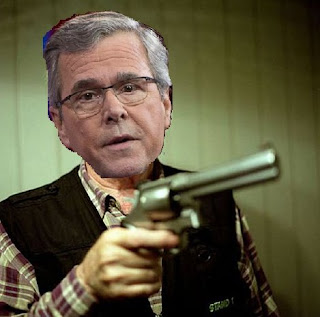 Help me my hammer's fallen and I can't get it up!

Before Fast & Furious, Florida had Operation Castaway Authorities say it worked something like the bungled Fast and Furious but was successful. By Marc Caputo, Miami Herald.

Another ATF Arms Sales Scandal: "Operation Castaway" Written by ... the guns placed into the hands of criminals through the Florida operation have been traced to several specific ...

What is of note in this notorious operation of the Obama Holder regime was that the BATFE lost weapons which were being handed over to Latin dope lords. This is particularly perplexing as Puerto Rican Jew, Alexandria Ocasio Cortez has been absolutely silent on all of this as in Castaway her people were targeted by the Obama regime under Jeb Bush's nose, and she remains without comment or protest for a federal investigation and indictment of those involved. 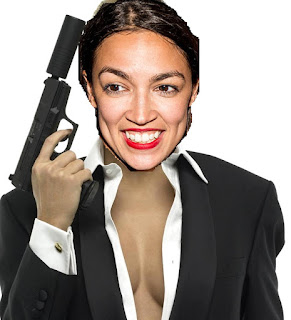 No I use this to staple memos.

Federal agents in Operation Castaway said they intercepted nearly all the weapons he sold and tried to keep them in the country while Crumpler was under investigation. Crumpler's customers were linked to gangs or cartels from Puerto Rico to Honduras, which is now one of the world's most violent countries.

It is a simple question as to why President Donald Trump has not made an issue of this, as he has certainly harped loud enough for gun control in other avenues as in Jewish Nikolas Cruz of Florida which evidence indicates he was not even the shooter as it was others in costume inside the high school.

We have enough visual associations which do not make sense in the Obama's and Bush's after the fact, and establishment Republicans in Texas and  Arizona, joining Pence and Bush in their silence, to the Super Bowl meeting of Mike Pence with the Bush lobby, to conclude that all of these parties are not political competitors but cronies in bed with each other.

You are simply being reminded of a reality which has been left to memory loss in asking the question of "when Republicans were targeted with an Obama Holder criminal gun campaign why is it that the Republicans are not prosecuting the criminals, unless of course they were in on it, working against their own constituents in smearing them.".