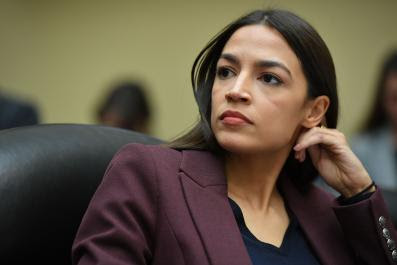 The Lame Cherry will go into further details in this weekend's exclusives in what is really taking place with the Glamwares of  the democratic party in Omar and Ocasio Cortez, but do not overlook the nuances of what is involved with these two women, and the troubling allure they both have in the concentrated focus of the males on the right. 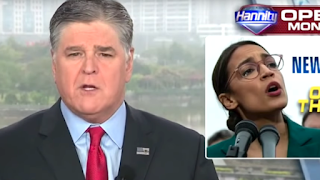 I have noted that AOC had a Mini Mouse voice and have named her Taco Barbie for a reason in there are some very disturbing things being sown by the Mockingbird in how the public is being conditioned with pedophile undertones in it's promotion.

This photo was featured in right wing media, and the self inflicted broad  red lips of AOC which are her new trademark by her handlers for a purpose, are meant to bring to mind the blow up doll of sexual perversion.

This point is brought up as Brit Hume was describing this adult woman as a 5 year old child who was "kinda adorable' shazam just like the redneck would figure on sayin' in why he was a marryin' that young thang.

https://www.msn.com/en-us/health/medical/brit-hume-compares-alexandria-ocasio-cortez-to-5-year-old-child/vi-BBUrGtf
In an interview on "Tucker Carlson Tonight," Fox News pundit Brit Hume called Rep. Alexandria Ocasio-Cortez (D-NY) "kinda adorable, sort of, in the way that a 5-year-old child can be adorable."

You may remember another "kinda adorable" five year old of that generation in Jonbenet Ramsey which was fixated on that story. 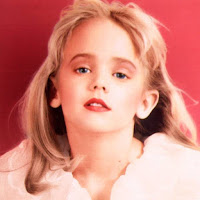 These are two CIA Mockingbird outlets, trumping the verbiage of the face of FOX News on the right. None of this is by accident and never forget that what is behind all of this is legalized pedophilia. That issue has not gone away, and it is why the Neo Dems have this air about them of Mini Mouse, marrying their brothers and are being promoted as sexualized children.

Be very aware what you are hitching your wagon to in this, in the mic lizard males glomming on the young things using down home dialect. This is not about racism or these women would be spoken of as hootchies. This is about children.