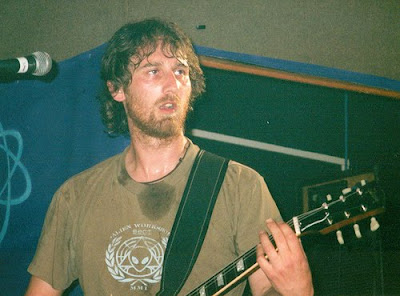 
I had thought that music had died in the mid 1980's and then in the 21st century I happened upon an echo from the past which I recognized from the recesses of a long gone whisper in the leaves in Robert Plant.
Yes this would be the lead balloon lead singer with the godfather of blues heavy metal in Jimmy Page.

Robert Plant has for the past years put together a band called the Sensational Spaceshifters and in listening to their work, they have mutated past the genius of Jimmy Page into a blues rendition which makes the Beatles sound like they were beating on  tin cans. This is Muddy Waters reborn in the soul of American music.

What stunned me is I have as all have had the pleasure of the work of Jimi Hendrix, Eddie Van Halen, Chet Atkins etc... and then I saw an artist not playing the guitar by a man whose guitar was an extension of his soul.
I have never seen music just come from an instrument by artist touching it, but when Skin Tyson touches a guitar, especially acoustic guitar, sounds come from it that sound like Heaven.

If you ever have the opportunity to listen to Liam Tyson of Liverpool, invest the time as he is like no other musician ever. I was contemplating what it must have been like when Robert Plant called for people to come play in this band, as the best in the world appeared and this is a magnificent collection and the old man when he gets warmed up to 45 minutes into a concert, his soul returns from the heights of Stairway to Heaven and you hear things of what music, real rock music is supposed to be like.

I was watching the people go nuts by this band. Most of them were not born when Led Zeppelin was creating the hybrid of Three Dog Night. Amazing music, absolutely transformational music as the original band created.

I am stunned and that no longer happens as I thought it was all dead. I would give a great deal to play the guitar 1/100th of what Skin Tyson can do and I would be pleased.