Take me to the other Side 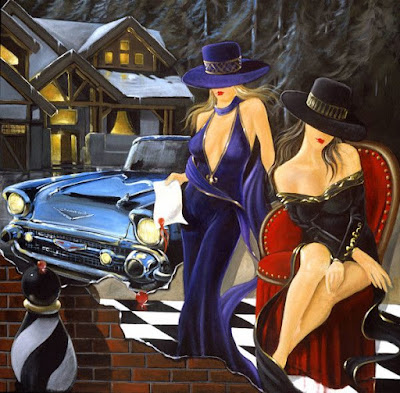 The following is from a Mossad case officer by the name of Victor Ostrovsky who believed the Mossad was out of control already in the 1980's in the Israeli deep state. As the information has been available for 30 years and you have never heard of it, it reveals how even in a free society information is censored to never appear in your popular leftist or rightist publications.

This is the story of Mossad.

*Israeli Embassies are hardened bunkers from which the Mosaad station chiefs operare from under the main facility.


Sayanim - Jewish diaspora. The entire Jewish people in every nation who are the extended fellow travelers of Mossad, some hard, the majority soft, but who actively report back to the Embassy staff on developments or are activated for specific operations.

Operational Apartments - Safe Houses. London for example has 100 flat which are owned by Mossad and another 50 rented for specific purposes.

IDF codex - Transmissions are based on the phonetics of a word. Ivanka for example would transmit E VAHN KA. Each phonetic sound would assign a number, in something like 3 47 18.
Each number then has a regular code representing the original number, which is either a numeral or letter. This is termed sleeve coding and it is changed once a week.
In transmissions, entire dossiers are never produced in one unit, but are broken up into separate transmissions, and then reassembled in Tel Aviv. In this protocol, if the message is intercepted, it only contains certain data which requires the  other transmissions to make sense of it.

CLAMPER- This was the original spy camera for photographing documents. It was a tripod oriented system into which documents were fed for copying. It was portable and self contained.
The advent of cell phones and flashdrives has streamlined the clamper system to a camo state of everyone has a cell phone and no one will notice the hybrid.

Hit It At Convenience - Mossad speak for moving on the most available target with the greatest speed.

YARID - Security lead team in making first contact in surveillance and setting up apartments or locations to begin gathering intelligence. Yarid is counter intelligence to sweep for any other nation's intelligence who may be on station observing the target.
3 Teams - 7 to 9 operatives each - 2 working "in county" and 1 in reserve in the Jewish state.
If a 3rd team is dispatched, conflicts arise due to jurisdictional control.

NEVIOT - The second story crews who are in charge of break ins, "wiring" and re creation of the target's personal effects to be replaced with manufactured items in order to place bugs in home, office or vehicles.
3 Teams - Experts in burgluary, electronics, blending in of surveillance and the protocol of passive assessments. Operational teams do not "tail" targets. They set up station, observe to the point of losing sight of the target and then the next day setting up at that location to observe the movements in order to create an established pattern of the target to exploit. This is termed MOTIONLESS FOLLOWING.
The Nevoit have in their possession not only the "holy grails" of master keys to hotels, but locks, vehicles and have moved into computer passwords.

Contact is is always passive and thorough. In Victor Ostrovsky's expose on Mossad, he provides two examples of typical Mossad psychological operations.

A target is known to frequent a bus stop. For days an attractive woman appears, waits, and then is picked up in a sport's car. This sets pattern and familiarity.
The operation then mutates to Mossad causing an accident to a bus, so the target is stranded. The woman appears, but does not engage the target, but instead gets on another bus, and then the sport's car appears.
The target is then allowed to be the one to make contact with the driver in being helpful in explaining the girl got on a bus and did not wait. An offer is then made to drive the target to their location as "they are going that way too".

Sequence 2 in the same target, revealed that a college girl was sent to sell perfume to the target's wife and others in the building complex.  The wife opened up about her problems, was sold items very cheaps so she would purchase them, and in order to get the wife out of the apartment a service was provided for a hairdresser. The wife out of the apartment, a Nevoit team enters, photographs and leaves. On second entry, the Nevoit replace objects in the home with bugs installed.
The door is jammed in case anyone returns. The door lock is thought by the owner to be broken, and when they go for assistance, the team  then extracts themselves from the building.
Problems in this are cell phones in people call and wait now outside their doors.

Once bugging is complete, for foreigners of different languages, an expert is located in Tel Aviv who understands the dialect, and then is dispatched to the Shicklut or listening station for active assessments on location.

SHICKLUT - Listening stations or apartments set up to gain intelligence.


The most infamous Nevoit team in history, revealing a station house in New Jersey, an entire team operating in surveillance of a known developing situation, and therefore prior knowledge of the event as the entire team was assembled.

This Nevoit was arrested, detained and then returned by President George W. Bush to the Israeli state, without questions asked, any more than who was short selling airline stocks before this event, was all swept away from investigation.

Five Dancing Israelis Arrested On 9/11 A Mossad surveillance team made quite a public spectacle of themselves on 9-11. ... other witnesses saw them celebrating on a roof in Weehawken, and still ...

In reality, every one of you reading this has come into contact with a Mossad operation if you have been online or have watched their props on television projecting their narratives in psychological operations. Tel  Aviv Trolls are infamous for their commentaries steering and silencing Americans on various websites.