The Black Markets of European Wealth 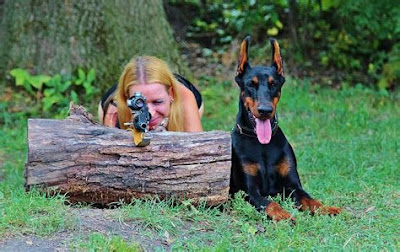 And with relative valuations close to an all-time low, we also prefer European equities to US equities. We note that post a trough in the euro area PMI, the average increase in European equities over the subsequent six months is 9%.


Zerohedge had a fascinating prognostication on Europe is destined in 2019 AD in the year of our Lord to have a stronger economic gain than the United States. That is fascinating, as articles appearing not that long ago had Europe in the same stagnant economic depression as the rest of the world.


"Spring Is Coming": Why Europe Looks Set To ... - zerohedge.com

https://www.zerohedge.com/news/2019-03-17/spring-coming-why-europe-looks-set-surprise-upside
After a long period of economic pain which many believe culminated in Europe's descent into recession just as the ECB's QE of public bonds came to an end, in a note titled "Spring is coming" and focusing on events in Europe, Bank of America writes that its EU Composite Macro Indicator (CMI) avoided a decline for the first time in 12 months.

So what could possibly change all of this, as one day it is cloudy and the next the sun is rising? The answers lay in the tables that the Zero examines and formulates. See you have to understand in Zerohedge crunches numbers, they are data miners who observe trends and projections. When they see an apple fall, they know that gravity did it. They witness market events and they correlate that to an opposite and equal reaction.

https://www.zerohedge.com/news/2019-03-08/nobody-believes-market-2019-now-worst-year-stock-outflows-2008
And while equity outflows may be the largest in 11 years, something which naturally does not jive with market action YTD, this week marks another historic anniversary, with BofA reminding us that on Saturday, the bull market turns 10 years old, with the market cap of US stocks up $21.3 trillion, or 3x the rise in US GDP of $6.5tn, with the 3 ...

Chart Of The Day: European Earnings Are ... - zerohedge.com

https://www.zerohedge.com/news/2019-02-16/chart-day-european-earnings-are-unchanged-over-past-ten-years
This is odd, because during a normal bull market, and the past decade has been anything but, P/E expansion would typically drive around 25% of bull market returns. Yet in a truly stunning observation, while in the US earnings have been responsible for roughly half of the 303% rise in stock prices, in Europe valuation expansion has been the sole ...

Post «The Quiet Bull Market That Everyone Is ... - Zero Hedge


My mind though is completely different in being a woman. I see a man bringing roses and I do not think, what a nice guy he is, but wonder what that bastard has been up to in trying to con the old lady to overlooking a fault.

That is why when I see good signs in the European markets, I do not see productive Germans, but think of all their Nigger slavers, the Slav and the dead drop of Spain, Greece and Italy on the economy over  there, and then I start thinking like a woman, and pondering just where in the hell are the Europeans getting all that money from, and the logical conclusion is money laundering.

The figures on this data are almost a decade old, but money laundering is how the Europeans survived major upsets in the US economy on 9 11 and 2008 Obama's Super Depression.


In Walker’s model, the US was responsible for 46.3% of money laundered ($1.32 trillion). Two other well-known centres of organised crime came next: Italy ($0.15 trillion, 5.3%) and Russia ($0.147 trillion, 5.2%). There followed China, whose share one would expect to have grown since 1998, along with the rest of its economy ($0.13 trillion, 4.6%). The rest of the top 10 consisted mainly, though not exclusively, of Western countries: Germany, France, Romania, Canada, the UK , Hong Kong. The model’s total for money laundering of $2.85 trillion would need to be increased by 38% to allow for dollar inflation, making it $3.933 trillion. The figure for the US would be $1.82 trillion.
In Walker’s model the destinations of money laundering are sometime different from the sources. The US is top again, but with 18.9%, followed by one of the world’s major offshore financial centres, the Cayman Islands (4.9%), Russia (4.2%), Italy (3.7%), China, Romania, Canada, Vatican City, Luxembourg and France.

If Europe is rising, that means money is flowing in which was not flowing in previously.

Europe does not have a Federal Reserve, so to say, as America does. What Europe has are two avenues, and that is their wealthy elite who own the American Fed, creates massive American debt to purchase European things and prop up debt, or the magik wand of black market trading, in money laundering, dope, sex and arms dealing.

There is another facet in this, if the Zero is correct, and that is the American markets are about to take a greater hit, meaning if you observe the above links, one states that liquidation in America was rampant. Liquidation means CASH, and it has to go somewhere, and that would mean Europe. American markets lose value, leave the US Treasury holding the fake rise in US worthless stock for the hedge fund elite living in their luxury towers, and that means the European Super State is where investors would dump their money.
Face it, China, Russia, Iran, Venezuela are all out of the US markets, followed by a growing number of other nations in Europe bringing the rapine home. That translates in an impossible world depression, a rise in European markets and trade.


Add Chancellor Sebastian Kurz running the board in out maneuvering Donald Trump on Trump Tarriff and Trade, in new treaties with the Indochinese, Japan and South Korea, to offset American upheavals and Europe is rising while America is sinking.
The reality is the faux Brexit which is designed to sink the United States, should have European markets teetering as the Zero posted on, but now the bull markets of Europe are where the money is being made from 2019 and beyond.

The Chancellor has stabilized Libya in working both sides with Egyptian help, and taking control of the American CIA asset there, so Europe has now both Russian and African energy to propel itself for the next 50 years. 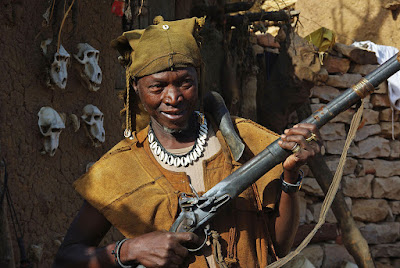 I'm putting my money into Europe!!!

See Europe should be crashing in Trump Tariff, jobs being lost and the Brexit Gambit, but it is not according to the Zero. It instead by May in the worst of times, is about to be made glorious summer by the sunny day of their markets.

https://www.zerohedge.com/news/2019-01-10/ford-cut-thousands-european-jobs-may-close-factories-major-restructuring
A similar pattern appears to be playing out in Europe, though the company said it intends to focus on the "mass market" segment. Its European arm will be subdivided into three segments: Commercial vehicles, passenger cars and imported vehicles. In a partnership expected to be announced next week, Ford plans to work with VW on commercial vehicles.

https://www.zerohedge.com/news/2018-12-25/2019-europes-year-living-defensively
With the future of the EU-UK relationship shrouded in uncertainty and crises brewing in France, Italy, and elsewhere, 2019 will be another difficult year for Europe. And if populist forces prevail in the European Parliament election in May, it could be an impossible one.


This is something to pay attention to, as you probably missed this in Donald Trump's epic repatriating American moneys from offshore accounts. That money was not just sitting in some pirate chest, but was in European banks, and it all came out of those banks and into Donald Trump's fake stock market rise.
The Europeans did not appreciate Allan Greenspan in the Clinton era, screwing them over for the DotCom bust.
What followed was a 9 11 hit and the infamous Obama super crash where Europeans put into power a Brither who looted the US Treasury. Remember that Obama's first act was to hand out of the US Treasury a fortune to the 3rd World in reparations. That money went directly to Europe. In the following years, Obama dumped money into Europe several times and it all went to the Fed Families, along with his Quantitative Easing which had Americans buying their own debt 3 times over.

It is in European interest now to tank the US economy, which means an economic crash. The US is ripe for that in it's massive debt and Donald Trump has done nothing to save the Americans from the disaster looming out there. The sooner the US tanks, the sooner those trillions reappear in Europe where their value will be tripled under Sebastian Kurz and the US debt will be one hundred times larger as the dollar tanks, and the Saudi owned US oil and gas industry, just starts pumping for the European sellers who will own it all.

America is looking into the Obama Abyss again and not realizing in the darkness of their heads up their asses. I am not stating this is a certain, but I am stating that it is in Europe's interest to make the American economy implode again, and more to the point, Zerohedge has noticed market indicators that something is right in Europe, when it should not me. For that to be taking place, means contraband funding is flowing into Europe and not the United States. That is a shift of the black revenue sources from the red debt books and the only way that happens is when there is a new Habsburg in town setting the rules in the black markets of the world. 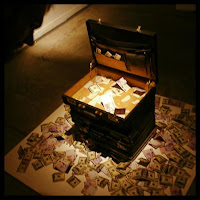