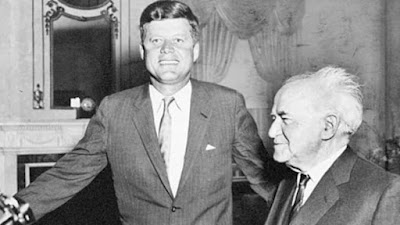 In the Israeli state there exists the Execution List, a list of 2 to 100 names, of enemies of the state, who have Jewish blood on their hands or by their actions will result in the blood of Jews on their hands.

This list is presented to every Prime Minister to sign off on every individual name. The execution warrant is signed off in advanced by some Prime Ministers and others demand to review the names on the list to ascertain the acceptable political fall out.


In order to appear on the execution list, the chief of Mossad, presents a name to the Prime Minister, who then presents the name to the Committee, the Special Judicial Committee, that not even the Israeli Supreme Court is aware of or has jurisdiction over.

The SJC has appointments of intelligence, military and justice officials. Two lawyers are presented the case to argue it before the Committee. One presents the case for the state and the other the case for the accused. These trials are always in abstentia and the accused is unaware of this Military Court trial focused upon them.

Finding that the accused is guilty and is placed upon the list, triggers two outcomes. One is for the convicted to be brought to Israel for trial. If that would deem impossible, then the convicted is to be executed as quickly as possible.

In June 1980, the Egyptian nuclear scientist, Yahia el Meshad, was placed on the list, for assisting Saddam Hussein in the procurement  of a nuclear weapon. While in Paris, after an interlude with a Mossad paid prostitute, who specialized in kinky sex, a Marie Express, AKA Marie Claude Magdal, two Mossad kaska entered Meshad's room and slit his throat.

Magdal, reported her interlude to the police and her being informed by Meshad that a man had appeared before she arrived, asking Meshad to provide information on his work, in which he would be paid. He sent the "dog" away.

Magdal with her knowledge was approached as she was offering her services on the street. A black car beckoned her to the street, in which she approached the driver side, as another black car pulled out at high speed directly at her. Magdal was shoved into the path of the oncoming car and died instantly. The two black cars drove off.

This is the Special Judicial Committee at work. A name is placed on a list for endangering the Israeli state, the convicted is executed.

In the early 1960's an American refused in a nuclear world to provide the Jewish state the radioactive material for a Jewish atomic bomb. By November 1963 AD in the year of our Lord, that person was dead in a very thorough operation which is unsolved to this day, except by the work of David John Oates in Reverse Speech and the now deceased, Jim Marrs, whose research several times came across Jewish interests involved in this hit, with trails leading to French hitmen, as Kennedy Inc. had attempted hits on Charles DeGaulle and had taken out the President of French Vietnam, Diem.
Upon assuming the Presidency, Lyndon Johnson immediately "lost" American nuclear material which appeared in in the Israel state in the Jewish atomic bombs.


It was a most professional operation. 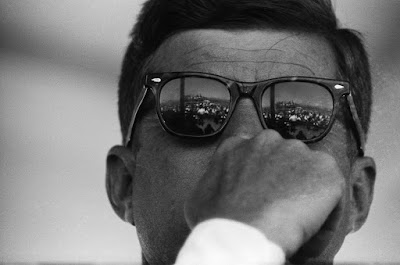