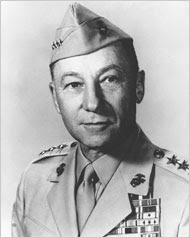 
In the study of warfare it is the mechanics of warfare which contest the matches and provide for the survivablity of the Soldier whereby victory is achieved.


This is one of my enjoyment posts in dealing with educating you beyond the ignorance of a Donald Trump praising the disaster of a Normandy Invasion in World War, because he has no conception, except the few who know the art of warfare as to what war essentially is which brought an American victory in theaters of war.

It was a young Marine officer observing Japanese landings on Chinese shores in World War II, who created mock up models of them to be presented as the future of American projections of power in the Landing Craft.
Without the landing craft the horror Omaha Beach at Normandy would have been repeated in a million casualties from Europe to Asia for Americans, but with it, the Americans learned and overcame the dangers of beach landings and it is owed to Victor Krulak.

The three designs were the ship landing craft. 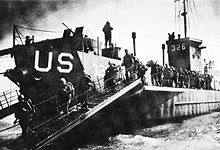 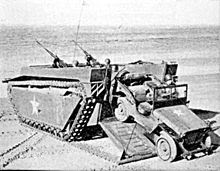 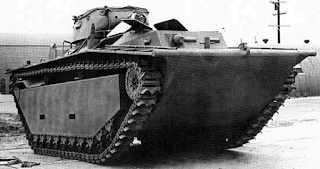 These were remarkable creations, and as long as they were not sunk, hung up on coral reefs, troops did not leap out from them too early in 30 feet of water with 90 pound packs, the landings and their precious cargoes did their jobs.

The danger in landing was the shore defenses. Heavy fire could be suppressed by Naval guns and Fighter bombers strafing the enemy positions, but from shore to the high water line, is where the killing fields were for landing troops.
The Marines soon deployed as did the Army thousands of these specialized craft to take the majority of troops to that beach head, and in the case of the tractors and tanks, make available close range suppressing fire to knock out pill boxes and dug in enemy positions. 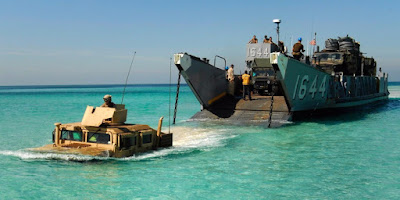 
It is possible under safe conditions for the United States to place a Division on shore within hours, with full supply to prosecute a war.  This is the luxury which the Brute provided the American military.

Victor Krulak is a man who saved numerous lives in his advocacy for war to protect Soldiers. The Brute was a name he was given in satire at the Naval Acadmey, where the 5.4 and 120 pound Soldier was more inclined to tunnel warfare in Vietnam and large scale landings.

Always the innovator, Krulak in the Korean War would be the first advocate for Air Cavalry in moving and supplying troops by helicopter which would become a trademark of the United States in prosecuting the war in Vietnam and be the method by which the United States still prosecutes mobile warfare to project United States power.

The greatest secret weapon of World War II, was not Adolf Hitler's jets and missiles. The weapon which did more damage and won the war was the Krulak series of landing craft to protect and project American power.