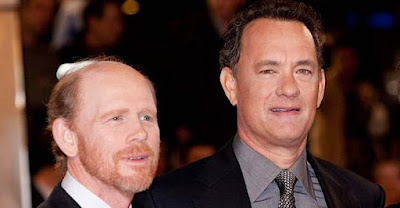 Jesus of Bethlehem Alabama told me at the party last night
that your balls are as bald as my head Tom and I believe him!!!

I desire to begin this to state that there is a difference between false Christs and anti Christs. The reason for mentioning this is I came across this most interesting featured guest by George Nouri on Coast to Coast AM.

It is none other than an American who is talking to a Jew Orthodox Rabbi, the same sect that Jared and Ivanka Trump belong to in their orthodoxy of apples of God's eye, who says he has not only met the coming Jesus the Christ, sorry that would be the "real" messiah, but that dude is on his way. 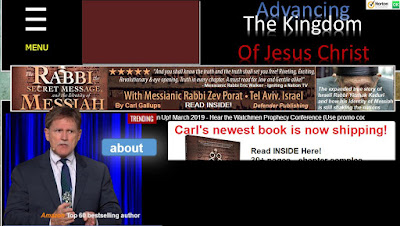 Hosted by George Noory
Guest(s): Carl Gallups
First Half: Biblical prophecy expert and scholar, Carl Gallups joins George Noory to discuss his latest work telling the story of Israel's most venerated Orthodox Rabbi, Yitzhak Kaduri, who has claimed to have met the true, soon-coming Messiah and how this dovetails with other biblical prophecies.


The real Messiah in Jesus the Christ, is a Prophet, Priest and King. Here is one of His Prophecies from Matthew 24. In it you will read that Jesus predicts there will be numbers of false Christs and false prophets, some who will do some stunning tricks. They  will even appear in secret and rumors, be hidden a way in holy land deserts and rooms, but they will not be Jesus the Christ, thee only begotten Son of God.

I desire you to pay attention to verse 28 as this continues on.

23 Then if any man shall say unto you, Lo, here is Christ, or there; believe it not.
24 For there shall arise false Christs, and false prophets, and shall shew great signs and wonders; insomuch that, if it were possible, they shall deceive the very elect.
25 Behold, I have told you before.
26 Wherefore if they shall say unto you, Behold, he is in the desert; go not forth: behold, he is in the secret chambers; believe it not.
27 For as the lightning cometh out of the east, and shineth even unto the west; so shall also the coming of the Son of man be.
28 For wheresoever the carcase is, there will the eagles be gathered together.

I have always been puzzled by verse 28 as I was reading the sequence wrong, in I was reading this as eagles gathered at the carcase in the carcase being Christ, but Jesus is teaching something different as He is using the word VULTURE in context and not eagle, as in the Great Speckled Bird as in Jeremiah the Prophet chapter 12, verse 9.

Mine heritage is unto me as a speckled bird, the birds round about are against her; come ye, assemble all the beasts of the field, come to devour.


In Jeremiah the Prophet, God says He has forsaken His house or His people, because they are disgusting like carrion eaters.


28Wherever there is a carcass, there the vultures will gather.


The above word for eagle is AETOI and in context is translated vulture. This is the explanation in Strongs:

As you will read the context, the inference of Christ is that those gathered look like eagles, but really are vultures. The context is those gathered to the false messiah or christ, who looks like Christ, and it will be the fake christians or the Jesus deniers who will be gathered to this fraud.


In Matthew 24:28; Luke 17:37 (as in Job 39:30; Proverbs 30:17) it is better, since eagles are said seldom or never to go in quest of carrion, to understand with many interpreters either thevultur percnopterus, which resembles an eagle (Pliny, h. n. 10, 3 "quarti generis — viz.aquilarum — est percnopterus), or thevultur barbatus. Cf. Winers RWB under the word Adler; (Tristram, Nat. Hist. of the Bible, p. 172ff). The meaning of the proverb (cf. examples in Wetstein (1752) on Matthew, the passage cited) quoted in both passages is, 'where there are sinners (cf. πτῶμα), there judgments from heaven will not be wanting'.


It is the proverb as explained, WHERE THE SINNERS ARE THAT IS WHERE THE JUDGMENTS FROM GOD WILL BE POURED.


These anti Christs were around and mentioned after Christ ascended into Heaven, but they are also a sign of the End Times of Matthew 24. Earthquakes cropping up in ever increasing places and numbers are another sign. The coming European beast or Roman Empire rising for the last time is another.

I believe the rich will soon begin to remember how to donate to the Lame Cherry.