The Stock Market of Heaven 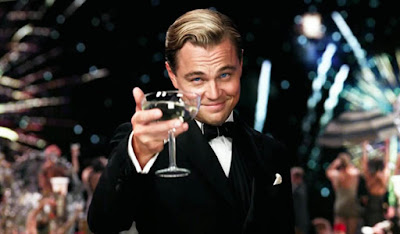 
In the Prophet Ezekiel speaking of the coming time of the restoration of a Godly People, which Americans are a part of, the Holy Ghost provided a Bible verse today for teaching and understanding.

In the order of worship of God, the Prince, meaning the leader, meaning the government has a responsibility, and it is a two part mandate of not only being moral, but not robbing the people for special interests.

Moreover the prince shall not take of the people's inheritance by oppression, to thrust them out of their possession; but he shall give his sons inheritance out of his own possession: that my people be not scattered every man from his possession.

God has always had a  mandate for the leaders of His People, and that means CHRISTIANS, because every Israelite has always been a Christian, because from Adam on, they all looked for the Promised coming of Christ to restore people Spiritually to the Father.

In the time of the Patriarchs, the government was one of tithing to honor God. From Moses in the Law, the government protected the poor by 7 year forgiveness of debt and 50 year Jubilees in return of family lands which had been mortgaged or sold.
America was founded on such exactly Biblical Laws, but they are now violated in the land or the people have no rest from work or debt.

The entire system now concentrates the wealth of the many to the few and makes beggar slaves of them all. This blog is a TESTIMONY against all of the rich in this world who have not shirked their responsibility in not donating generously. When Judgment comes before Christ, they will receive thee exact miserly reward from Him.
To put it plainly, don't expect a mansion in Heaven when you are living in luxury on earth and not investing as you should in the poor of this world who are God's Special Interest. You donate nothing, you get nothing. You donate miserly, you are going to be sent away empty. You donate as Scrooge with a changed Christmas heart and the treasures of Heaven are open.
No one can buy their way into Heaven, but caring for others is the proof that you are God's and not satans.

In that, it is every President to Prime Minister's mandate from God to not rob the people for their cronies or families. The masses of people are to remain in their nativty and not be replaced by foreigners, and they are to inherit their family's possessions, and not be seized by taxation.

That is the message from God in His Law. The system in the west is broken and nothing but a welfare shearing operation of the feudal few having the regime confiscate all the wealth, producing a genocide of the peoples.

In the age ahead, these laws will be enforced by Christ Who is Lord of lords and King of kings. These laws will bring with them the penalty in Judgment before His White Throne, which is mentioned above. You leave the poor destitute now, you rob the poor now, and you will have your reward confiscated by Christ later. There are no any excuses in any of this from a President not advocating for the People or a Wall Street portfolio lying to themselves about how generious a 1000 dollar donation is when they are sitting on millions.

God knows the Truth and the Law with the penalties for the rich are all in Scripture.

You rich people and powerful people will gnash the day in Judgment that you trusted in your grinning clergy, clerk and rabbi, and did not heed the warnings here at the Lame Cherry as this is your warning and your
conviction.

There is no Stock  Market in Heaven. The Treasure of Heaven is obedience, caring and love.