The Touching of Past, Present and Future 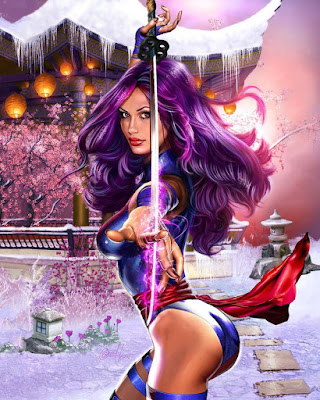 
I enjoy listening to Remote Viewers, because I have found them to be as a group  to have character traits which are quite pleasant. They have to make livings, but for the most part are willing to share their experiences and enough of their methods to assist anyone in the field, compared to the Ed Dames founder with Art Bell who was more story than method.

Coast to Coast AM featured recently Paul Smith who seemed again to be another RV type who was pleasant, but it is in his methods and terminology which this post is about, as this group simply had not made the breakthrough as to what they are dealing with.

Mr. Smith couches his understanding in quantum mechanics. In his Youtube recordings you will hear the neo physics words of entanglements, which is an extension of string theory and that is where this is all going wrong and I will attempt again with my verbiage to explain this remote viewing, sensing, dowsing or scrying for what it is, as this group wants a physical explanation for this method and while it housed in a material dimension, it is nothing to do with physical expression. 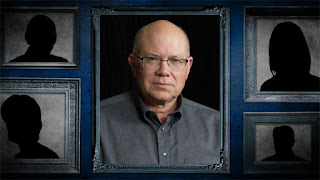 When I use the term MATRIX, it is utilized for the moveable collective thought which is recorded in the "river of life". Christ would call it the Judgment Books, Einstein if he understood what he was speaking of would term it Combined Theory, but in reality the Matix is this pulsing nerve which is "living" and it has everything recorded in it, past, present and future. Christians would call this predestination, but for minds think of this as a wall of encyclopedia books,  recording all, and where these light books or DVD's are on the shelf in sequence, that you can plug in a player and watch what is happening no matter where it is.

I enjoy listening to Dick Algire and his group on Rense, because Mr. Algire is a sensitive of wonderful ability. It was pleasing to listen to him relate standing on a street in Dallas  Texas in the Kennedy assassination in Lee Harvey Oswald walked by and  looked at Algire standing on the street. That involves the things that Tim Rifat has written about in psychic "beam me up Scottie" energies and reveals the expansive nature of remote viewing in the assembly and projection of matter inside the matrix, and yet it is a  point that the matrix is energy and the pools stay within the matrix unless someone pulls the matter to this dimension.
In short in not meaning to expand there, it is possible in a Dick Algire interaction to take the energy of Lee Harvey Oswald from December 1963 in that mattered state and bring him through to the 21st century dimension by a skilled remote viewer.

That though is not the lesson in this lesson.

The matrix is an entity of energy. Self contained, pulsing and moving, with pools and currents. That is why I made mention of Algire previously as he is such an imprint that he wears a grove into the matrix in creating an Algire channel, that weaker abilities fall into the  groove or current so they reach the same conclusion. He is a trail blazer that is the problem in this, in all follow the trail of least resistance. Get enough people engaged in certain research and it can create false reads, as much as a million people believing something they are told will create that scenario in the matrix recording it, and that is how false reads begin.
With experience one can push through the curbs to the real reading, but I have observed that liquid flow of resistance in which I had to move through the incorrect data to find the focal point.

There are never any intanglements or webs in this matrix. What she is, is the same God Light which is at base of all matter. Shamans call it the manitou, the living energy, which does not make rocks alive, but rocks do call out as much as anything does, including psychic signatures left by the deceased. It is  all energy and it is all communicating, and the matrix is the Wifi, and when the remote viewer activates their hot spot inside of them, they tap into the energy flow of the matrix and all the information recorded here. Go in further and one can move into the physical realm of today a continent away or Dallas 1963 AD in the year of our Lord.

The energy is a reflection of God. It is recorded thought and as God is Love, it is recorded emotion. As much as sight, sound, scent, the matrix assembles a flow of emotions which add to the viewing or is back engineered to understand what the emotions are experiencing.

It is impossible to get tangled up in the matrix. You can get swept away though as it is always moving in surge like an electric current. That is not to day there are not webs in this, but the webs connect like a nervous system in 3 dimensional sort. I term  this spiders, but there is not an electric spider, as it is more womb oriented in a child in the first weeks growing a nervous system. Any new event grows a new fluid nerve light there in who visited and their experiences, which if you can comprehend it, before Dick Algire visited Dallas in Remote Viewing, there was a focal point there showing before 1963 that Algire was there, and yet coming, just as it recorded he was there. It is the focal point of time and energy, in past, present and future all in the same pool, but it changes from vantage point.

So the essence of all this light energy is it is connected, and that is how God knows everything taking place as it is an extension of Him, and it all records things and transmits information.

Take for example people who find gold treasure by the method. The gold has God's Light in it. People have touched  that gold, formed that gold and in their psychic energies imprinted on that gold. A gold coin is going to record all of this and it is in the matrix, so there is not any secret hiding place or lost location, as the gold always knows where it is and will inform anyone who views it.

She is a beautiful pulsing current of light in all her connections, there and not there, all at the same  time.  You are communicating with her and everything there every moment. Most have natural shields up as this creature is living energy and once immersed in her, you are imprinted in all you touch and all that touches you. It is like  having a trillion ant orbs talking to you and touching you all over inside and out, which one has  to  by will remain apart, yet part in order to communicate. This is nothing to take not seriously. Most Remote Viewers never touch all of this, as they are focused on a mission, but all of this is there in colony of energy and you can get overcome in this as much as the infinite nature of the Kabballah has not any reference point and drives people  insane.

Being poor and distractions of parental death by HAARP weather, I am not able to infuse myself in the experiences of this matrix and all that is there as it requires energy and when my energy is about trying to keep warm and things alive, then  there is not any play time to teach the world of what is there.

My good intentions are to progress to the antennae of the matrix and achieve that skill which had eluded me.  That part in not having time or money is frustrating as so much of this has come "easy" in the sense of the psychic association, but that association was brought on in part by my enhanced death in burning out my inner structure to operate at a higher level of frequency.

I am off as Baby Moo and the girls require milk and water and in that having an attempt at a working nap in focusing on the matrix to make a breakthrough which just occurred to me by the Holy Ghost highest answers.