an UNINDICTED INDICTMENT of Donald Trump 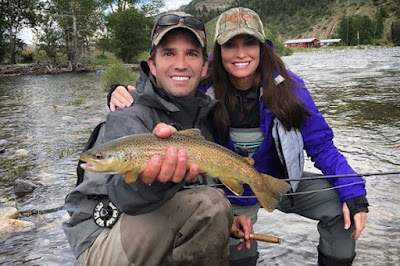 Concerning the release of the Mueller Report to Congress, Mark Levin has a point that the Mueller Team was not interested in conducting an investigation to serve thee American People, but instead planted information, from the Grand Juries on every one of the 400 pages, which the Attorney General will be required by law to black out or redact.


We know certain realities in the Mueller Investigation, in it cost Americans tens of millions of dollars. That it was brutal in using blackmail of threats of prosecuting family members of the accused to attempt to get these people to roll over on Donald Trump, that the investigation went far beyond the legal expected definitions of Russian collusion, and searched through hush money, personal finances as in the case of the President's former personal attorney, Michael Cohen, and that no one was ever charged with anything really except lying to investigators, which in most cases seem to be memory lapses.

I am going to use the Atlanta Journal as a source, as it is liberal, and provides a sound recitation of the Mueller investigation.

First in finding no collusion, 2800 subpoenas were issued. 500 witnesses and 500 search warrants. That is ridiculous, but points to why Robert Mueller after wasting this much money and America's time, had to make a landmine report, as this was a witch hunt against Donald Trump and those around him.

We know that Mueller completed the report using 2,800 subpoenas, 500 witnesses and 500 search warrants.


We know for certain that not any collusion was found.


“… did not find that the Trump campaign or anyone associated with it conspired or coordinated with Russia in its efforts to influence the 2016 U.S. presidential election.”


We  also know that by Robert Mueller placing information into the report, produced an UNINDICTED INDICTMENT of Donald Trump, which will serve the same whispering campaign that John Brennan unleashed with his political associates, in a criminal violation of abuse of power, which had deluded people like Lisa Page and Evelyn Farkas destroy their careers over rumors in a a fake dossier.

The Unidicted Indictment which is a new term, will be akin to the Richard Nixon, Unindicted Co Conspirator. It is a way for those #NeverTrumpers to kidney stab a political figure and let them bleed out slowly.


“The report’s second part addresses a number of actions by the President — most of which have been the subject of public reporting — that the Special Counsel investigated as potentially raising obstruction-of-justice concerns. After making a “thorough factual investigation” into these matters, the Special Counsel considered whether to evaluate the conduct under Department standards regarding prosecution and conviction but ultimately determined not to make a traditional prosecutorial judgment. The Special Counsel therefore did not draw a conclusion — one way or the other — as to whether the examined conduct constituted obstruction.”


Now here are the facts in this, as the Mueller Team left the building, except for the attempted  tax lynching of Donald Trump, in there are no secrets in Washington DC. Pissgate proved that completely. If there was anything in this report, Nancy Pelosi would not be overseas telling the British that Donald Trump knows he should not be President, and she would be in the United States, along with the 500 democrats running for the DNC nomination, running not on Bernie Sanders Medideath for all, and running on Donald Trump's Obstruction of Justice.
The Obstruction part was deliberately left open by Robert Mueller, because there was not evidence of obstruction as Mr. Trump as President had Constitutional Authority to do so, and due to the fact that making such a charge would bring impeachment, which would destroy democrats for 2020, as they would never make the charge stick, as the evidence is not there.
So what forms is the political assassination of the unindicted indictment of Donald Trump.

In the AJC, the investigators are listed. The fact is Robert Mueller was searching for the Missing Link in protecting that source as he knew collusion never did happen.
The jury is still out on Attorney General Barr in what he will initiate, but he was involved in PROMIS software in the origins of all of this botwars  online, and was brought in for that purpose now.

Jeff Sessions proved to be another deep state plant and fraud, to bring down Donald Trump. Rod Rosenstein is the worst Deputy Attorney General in history for his abuse  of power  and his absolute disrespect of Congress.
James Comey was even worse in his criminal leaks which initiated the special counsel and his feckless leadership which tarnished the FBI.


As for those investigated, innocent people were framed, and the criminal elements were passed over. Again this was botwars  in who orchestrated the computer information and released it, in  protecting that source.

Except for a strange quote of John Brennan before the public release of the report in "MAYBE I DON'T KNOW", all have kept silent on the Mueller Report.
That is the revelation in all of this, that there is nothing in this report which would bring an indictment, or it would have been leaked already, and Nancy Pelosi would not have walked back the "impeach Trump" charge in Maxine Waters has gone morgue cold silent on the issue.

I do agree with John Brennan, that the report does need to be released, but not in the context of the paper lynching of Donald Trump. Liberals have seized upon the facts that the Trump Team did have contacts with Russians, but these meetings time and again were set ups or accidental. The Mockingbird smear of Team Trump will gaslight Americans again in the Mueller Report in attacking it, is clever political assassination, but it is just as fraudulent as a report full of testimony which will never reach the public. That also includes what Mark Levin has not told you in his defense of National Socialist Trump that witnesses in the Grand Jury did say that they knew nothing of Russian contacts and that the President was innocent.

That is probably closer to the content of 400 pages of an investigation summary which went insane. Again the reason no information leaked prior or upon the release of this report, points to that nothing is in it of legal consequence or the Mueller Team would have cuffed Don jr. after Jared Kushner threw his brother in law to the Mueller wolves. You will notice in the above that nowhere does the Special Counsel report on who he gave immunity deals to.
That indeed is information the public should be aware of but John Brennan never raises the issue.

The obstruction of justice issue, however, is too important to be dismissed by a Trump-appointed AG with a predetermined view on Presidential accountability to the rule of law. We need to see the Report.


This entire report is once again a smokescreen for the Miss Link, as it will not address who in the United States initiated this operation, which set in motion British MI6 under Theresa May with the Mosaad shadowing under Benjamin Netanyahu,  to produce  a Mark Singer paid for report for Marco Rubio and Jeb Bush, which morphed into Bill Kristol's son in law inducing this dossier, which the Camp Clinton had handed off to them for Christopher Steele, to funnel back into the willing and waiting John Brennan and James Comey to place criminal investigation into the framing of Donald John Trump.

Do not lose site of the above, as that is the issue here, and is the issue by which Attorney General Barr should be judged by, because until the names above receive criminal referrals, including the suicided John the hero McCain for his part in this, what 2016 was all about is never going to be uncovered.

The fact is that Donald Trump left the building on 2016, and this investigation was to leverage him to end MAGA and carry out National Socialism in America. As long as Donald Trump is the cartel's advocate in the White House, he will be re elected in 2020 as certain as Birther Hussein had 2 election stolen for him.

Which Donald Trump was this investigation after? Both, but both now have carte blanche as the purpose of the investigation was to produce the political cover to advance every last detail which Hillary Clinton or Jeb Bush would have been forced to accomplish, all without a Special Counsel.

Robert Mueller is a protector of America and is serving his purpose just as Mark Levin is employed to serve his purpose in this. Little of it has to do with the Truth, as What is Truth has never been answered by mankind,  and only by Jesus the Christ, the Way, the Truth and the Life.