Examination of a Mossad Operation in Athens 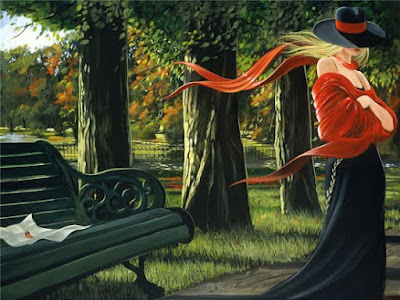 
The following is an assessment on the Mossad assassination teams, known as the Kidron, based upon Victor Ostrovsky's memoirs By Way of Deception.

The reason for examining the assassination teams of the Mossad in forensic psychological profile is to explain that the propaganda does not match the reality of the Mossad. The Mossad is very accomplished in set protocols and squat assassination, but in the following their glaring inability as Jewish Asians is exposed in their inability to think out of the box or on the fly, which is one aspect that the Canadian Victor Ostrovsky did have in  his attributes, in he could think on the fly which is most important in any operation, because the variables are too many in what can go wrong, always does go wrong.

The principles in this are the two assassins, Dan Drory  and a bizarre giant named Amikon, who always wore a Jew cap, to the extent in Muslim lands, he shaved his head, made a fake hairpiece and wore that over the bald spot in his religious mandates.
That alone should have disqualified the giant, along with his being a giant, in hulking masses are always more noticeable than average lithe people, of no features and the ability to not be noticed when standing alone on a street corner.

The assassin team composed of 6 to 8 individuals, went to Athens, not a Muslim nation, but home to the PLO which has a radar for Jews. The two targets were located in Abdul the station chief and Abdul the assistant. They were observed to create patterns a that is standard Mossad protocol, and once the patterns emerged, a neutralization plan was created to execute these two PLO terrorists.

The observation phase took place for a month, and a pattern which presented itself was Abdul and Said met regularly at a hotel every Tuesday and Thursday with PLO officials on a main thoroughfare.

Both were photographed and from a bar glass Abdul's fingerprints were confirmed that he was indeed the target. The pattern emerged that Said would meet, leave the hotel after 20 minutes, go to his apartment, change his clothes and go out for the evening.
Abdul would leave the hotel and go an apartment of one of his girlfriends.

Said lived on the second floor of his apartment, parked in a four stall parking garage, a lighted lamp post was outside, and he had 3 body guards in being involved in the military arm of the PLO. Abdul did not have security.

It was decided that a Thursday would be the day that the assassinations would take place. Said always left first, and would be executed outside his apartment building. Abdul left the hotel on a busy two lane street afterwards. A pay phone was down the street from the hotel and there a katsa would wait to phone to the Amikon team that Abdul had been executed, and they were to proceed with their execution.

On the day of the event, instead of the men following their normal activities, both walked out together. The Jews only prepared for one PLO official, stood down as they did not prepare for all contingencies. This is what is meant by the Jewish Asian mind. They can follow the maze to perfection in operations, but move one piece out and they freeze up. They also do not have an on the fly operation to handle all situations.

In this, there were two assassins for two PLO officials at two locations. In proper set up, the hotel location should have had in an upper window or a van, a sniper with a silencer, who would have in the event the two men walked out together, put down the secondary terrorist  in Said as Abdul was taken out by Drory.

Two dead terrorists in a parking lot in the span of 5 seconds ends the problem there cleanly and efficiently. If a variable occurs, then  Said, in panic would be taken out when he fled to his safe house, in the parking garage.

The operation reset, the Jews once again set up for the kill at the hotel, as Said left as he previously had before, Abdul. Abdul two minutes later left the hotel, in each case the Jews had a radio they "clicked" on to alert the hotel team that their target was moving.
The radio man followed Abdul out, and blocked the door, as it was rotating door. When Abdul was down the steps, another  kidron called out "Abdul" to which Abdul replied in the affirmative as Drory placed two bullets to the heart and one to the head.
Hofni, the other kidron was already moving to the van across the street by the time Abdul was falling as it was pulling away, and the pay phone katsa phoned to inform the Said assassins that "It's done", to proceed with their operation.
The revolving door radio man, simply walked back into the hotel as if he forget something. No one found Abdul in the parking lot for 10 minutes.

At the parking garage, the giant lurked with the lamp post light now not working. Again something went not according to planning in two men were in the Said vehicle. When the vehicle parked, the giant appeared from behind and at angle emptied his extended round 9 mm pistol into the back of the heads of the PLO officials, alternating between the two.
The giant then stepped around to finish the two off, but they did not have any faces left.

Although a silencer was employed, a silencer does not muffle bullet impact on walls nor shattering car glass. This alerted the bodyguards who appeared on the balcony calling out Said's name.
A second kidron called to the bodyguards in Arabic to get down, and they did, to which the giant and his accomplice ran across the street, got into the vehicle of the katsa who received the "It's done" phone call, and they drove off.

While the second kidron was proper, as a back up, the problem is the exposing of both in running across the street. An assassin can not break cover into the open, as the bodyguards or police could have appeared opening fire.

Get away cars on site are fine, unless they get blocked in, do not start or are in such a location that it exposes the shooters to public observation.

In the Said shooting, too many cartridges were expelled, as this alerted the bodyguards. The giant correctly proceeded in Mossad teaching of "kill anyone who gets in the way as their are no innocents", but in this, there should have been preparation  for a car full of PLO  officials, to the two who were there.
In the event of a car load, a grenade would have been mandatory, as once Abdul was on the ground, it was of necessity to put Said and how many others in the morgue as there  would not be a second chance.
Dual locations create 20 times the problems of coordination and variables to go wrong.
A grenade is loud, but 40 shots are more time consuming in holding a kidron at postion.

In review, this was a very poor Mossad operation in preparation for variables. Given it being the 1980's, it would be compounded now in cell phones in PLO officials speed dialing and the public taking selfies. All operations must be completed under 10 seconds and every operative must have a covered avenue of escape, including a secondary vehicle to proceed to, and a secondary assembly point for extraction.

From a proper operational perspective, in the laying out of the theater, one does not ever cross a street. An event must take place in a semi concealed area, as parked vehicles, as law enforcement has the worst timing in appearing on patrol. Mossad though prepares for patterns, and when those patterns are close to the standard they function as assassins capable of neutralizing unsuspecting targets.
Produce a contrary  result and they either freeze, stand down or make a very loud mess, calling attention to the operation.

In conclusion, the Mossad is far too Jewish Asian. They do not walk on water, and are more prone to sinking in to the depths they have created.  The PLO operation in Athens is a historical proof of the Mossad's failings in training and protocols.