I'm Ready for My Kushup Now

ALL THE PRESIDENT'S BLOODSUCKING RELATIVES 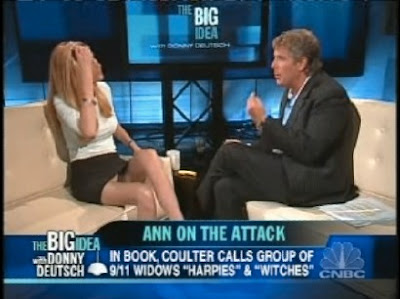 I would like to interview your cunt as a source Ann...


At this rate, it's only a matter of time before Jared gets rid of Trump. No wonder the media like him so much.

It is interesting a HuffPo writer is the source being quoted by Ann Coulter in her latest Trump rant. The problem in all of this is, in this expose' on the Kushner evil in the West Wing, is that only 100 people have purchased it on Amazon.
That is a massive danger sign for Donald Trump politically, as democrats do not hate him enough to buy it, and republicans are not rabid enough to care.

Ivanka thinks she is going to be the inheritor of the Trump Nazi Party, the National Socialists of America, and perhaps she can offer something for the cartel to install her, but the fact is after Mike Pence does his Tiberius, that I highly doubt there is ever going to be a Trump dynasty.
Barron looks gay oatmeal.
Don jr. smells like fish.....think about that one.
Eric has a wife that is........a leftist.

And Ivanka, she is stupid, married to a Jew who would sell anything, and she has burned up two generations of American good will in a year. 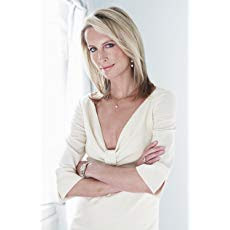 My blonde is bottled and my tits are a mystery.

Vicky Ward is a New York Times bestselling author, investigative reporter, and magazine columnist. She is the author of the bestselling books "The Liar’s Ball: The Extraordinary Saga of How One Building Broke the World’s Toughest Tycoons" and "The Devil’s Casino: Friendship, Betrayal and the High Stakes Games Played Inside Lehman Brothers." Her latest book is "Kushner, Inc.: Greed. Ambition. Corruption. The Extraordinary Story of Jared Kushner and Ivanka Trump." She is an editor at large at HuffPost and HuffPost’s long-form magazine, Highline, as well as at Town & Country magazine. She was a contributing editor to Vanity Fair for eleven years, where she covered politics, finance, art, and culture.


Apparently of the 100 people who read this Kushner book, they are the only 100 people in the country who have enough emotion to hate Jarvanka. You just can not get elected on that and you can not stay out of priso on that, as no one cares you are getting your ass raped in the grey bar.

The few people who have emotions on Jarvanka are .......well genital wet over them.


So far the only other review is someone who gave it one star because they personally don’t like Kushner. Well, if you don’t like Kushner, you’re going to love this book. It’s very juicy and full of interesting details. Like the fact that Jared‘s father, Charles Kushner, used to visit New York City under a fake name to have relations with men.

And now we learn in the genital wetness of the Trumps is Donald Trump does his evil out in front, but the Kushner's are grabbing the bush under the table.


To paraphrase the author, on the dangerous scale, Jared & Ivanka are #1 & #2 with Donald Trump, as terrible as he is, coming in at #3. Imagine that. While Donald Trump is acting out, getting all of the attention, these two are like sharks below the surface, making policy in the Middle East in order to make the Saudi's happy and being paid personally & handsomely for that policy". It's like Donald Trump is running cover for Jared & Ivanka. The biggest question remains. How much longer is the Republican Party going to allow this kind of nepotism and corruption to continue?

So we have learned that Ann Coulter hating on Donald Trump does not have a great base which is a 100 reader audience on Amazon, who read Huffpo Blonde with no tits.


The summation is that not enough people hate Donald Trump to turn him out of office and the rest of the population is so bored with being lied to, they have stopped caring or paying attention.


All of this is not all what it seems, everything gauges whether Tavistock and Stanford protocols are working. They are as two bottle blondes can not be wrong.

It looks like Donald Trump has the White House and regrettably in that control, will not give Americans anything of MAGA ever again. 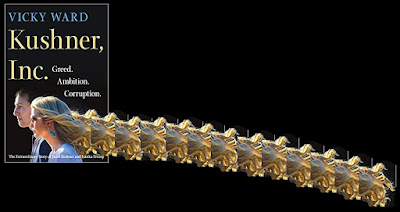 I guess it is three bottle blondes.