But We Love Jews Most 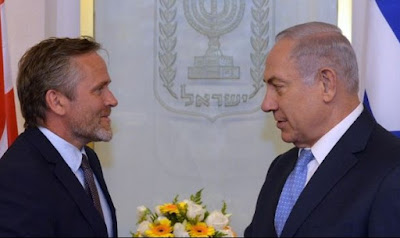 During World War II, it was the Danes who saved a number of Jewish Askhenaz from the Nazi force labor camps, and a natural affinity appeared between the Jews and the Danes, or as Victor Ostrovsky explained it, it was more a Danish delusion and Jews treating everyone else like the wallet lost in the market, in what is bad for others is good for the Jew.


When it came to Danish immigration, the Danes actually had check lists which they handed over to the Mossad to check to see who could enter Denmark. The Mossad made great use of this resource in they would check off names who were legitimate, and if someone interested them, they never told the Danes to not let them into the country, so the Jews could then try and recruit them.


As Ostrovsky states, the Jews did not hold the Danes in very high esteem, and referred to them in the Mossad as fertsalach, which means a small fart.

The Danes tell the Jews everything and even go to Tel Aviv once a year to discuss security and terrorism with the Jews.
What is of interest in this is through the Danes, the Mossad gained access to  the entire Palestinian diaspora in Denmark, most of what was taking place in NATO and a great deal of the communications in monitoring Russia. Literally from all the Danes let slip to the Jewish intelligence service, the Jews could piece together material and it was this that they presented to the Americans often enough, to wow the CIA into thinking the Jews really knew everything. They simple knew how to exploit people who trusted them.

In one instance a Mossad katsa gained entry into a DCSS computer while checking names for the Danes, that the katsa discovered the branches of Danish intelligence, who was running what and doing what in Denmark. The Danes even handed over 60 listening locations to the Mossad to keep track of people.
It was so intimate that the Jews would read all this intelligence, then ask the Danes about operations and be told, "Don't ask about that, as that is CIA". It was quite paternal with a problem child, as the Mossad constantly was running operations in Denmark against targets and the Danes never suspected a thing.

The other brother got into trouble borrowing money from the Syrian embassy safe. 15,000 dollars a for a car, and the auditors appeared. The theif literally shit his pants, but the Jews floated him 15,000 dollars, had the British get the Syrian guards away from the embassy in London, replaced the money and no one in Damascus suspected at thing.

As long as you are giving the Mossad everything they want, and you accept being treated like a goy, you are good to go in every way, as they are quite generous in the money they pay.
You though will never gain their respect as they detest traitors and how can you ever respect a Dane who is so stupid and trusting, that they think just because they saved you from the holocaust that you value them as a friend. 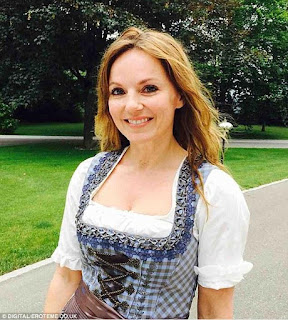