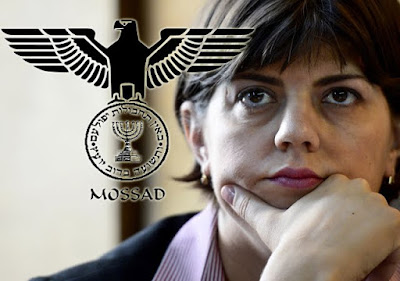 In the memoirs of katsa Victor Ostrovsky, By Way of Deception, he reveals the Mossad theology of a gun fight, and it is telling for those who are around these finest trained operatives of the Judean state.

What happens to an innocent bystander? We were taught in a situation where there is going to be shooting, there is no such thing. A bystander will be witnessing your death or someone else's. If it's yours, do you care if they are wounded?
Of course not. The idea is survival. YOUR survival. You have to forget everything you learned about fairness. In these situations, it is kill or be killed.


That really flies in the face of all of the propaganda the American Evangelical has been conditioned with by the folks at Tel Aviv, but it is the reality. When a Mossad katsa is in your community, your business, you hospital, and something goes wrong, they are taught to wipe everyone out.

They practice these things a great deal  from sewing led into the lining of their coats, to keep them flipped open when they draw, to drawing while seated, kicking the table over and emptying the gun. There standard gun is a 22 caliber Baretta. Not exactly Dirty Harry, but they are taught to keep shooting until whoever their main target is, goes down, and then to put a bullet into the temple as an insurance shot.

Let's say for a moment, that you are out with your kid. As America has loads of old Obama and new Trump Muslims being dumped into White America, that you are out at some mall cafe, as no one goes to them, and as you walk by two men at a table, suddenly one kicks the table over as he falls back, and starts pouring lead into the other guy.

You happen to notice that your kid goes down from a stray shot to the head, and you realize that you are going down too as most of the shots hit you, and not the Muslim.
So as your kid gasps the last, and you are thinking that this is not quality time, the Mossad guy gets up, puts a bullet into the head of the Muslim and then walks  over to you and the kid.

He sees the kid is dead and then he looks at you.


What does the Mossad guy do?


Sorry that is not the correct answer as to what Mossad teaches their operatives.

As nothing is said about policing the area, the casings are left on the floor, with you, the kid and the Muslim, and he walks out, reports the problem of you being there, moves to a safe house, and within hours is on a flight to Tel  Aviv, as the Washington embassy, probably gives some helpful Mossad information to the FBI about how two rival Muslim terrorists had a shoot out  in the cafe. Regrettably the camera there was unhooked hours before in some glitch, and all there is, is the Mossad telling the story.

The Mossad will swear on a stack of Torahs that they never run operations in the United States as it is illegal, but there is an entire Mossad division so secret that it is called AI, American Intelligence, and even Victor Ostrovsky in his snooping through the Mossad computers never found information on it completely as to how many katsas, sayum (Jewish volunteers) or agents they were paying off to employ to spy on Americans.
In the late 1980's New York and DC were the centers for Mossad spying, but that was before Silicon Valley.

I have posted a story here about a mail I had to Jeff Rense long ago, in which he asked why the email was highlighted in yellow. I never did it, but as this was the beginning of the Obama era, the Obama folk had hired Jewish experts to sift through all the emails. That was a real nightmare as Yahoo was censoring in not delivering my mail, which only had research links in it.

Yes it is always, EX Mossad agents. There is not such any primate.