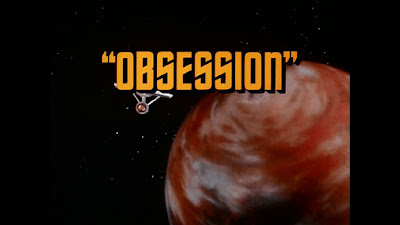 I was watching the only Star Trek I ever watch or will watch in Star Trek the original series. It was the episode of Obsession, in which Captain Kirk visits his past, in a creature is killing humans and it is termed something which only exists in the laboratory.

On the episode the creature is described in having these attributes.

Uses gravity as an impulse source.

Movement at plus Warp 8 or 8 times speed of light.

Able to place itself out of time sequence, it was capable of being where an energy source as a phaser or light warhead would detonate.

Radioactive material repulses it as much as Vulcan blood as it was not ferus based.

So I was curious in the writer who created Dikironium, in seeking a scientific explanation as to what this things actually was. 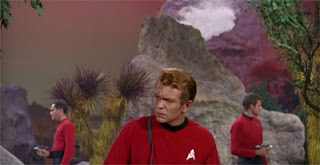 As this is scientific, the breaking down the word to base structures in Greek and Latin, will explain what it is.

The world DI means  two, as in a division.

https://www.dictionary.com/browse/di-
Di- definition, a prefix occurring in loanwords from Greek, where it meant "two," "twice," "double" (diphthong); on this model, freely used in the formation of compound words (dicotyledon; dipolar) and in chemical terms (diatomic; disulfide). See more.


KIRON has a close relationship to chrome, which was a metal discovered in France in the the 1800's. It is of interest in the base of this is the VALENCE, and this fits the dikironium, because it was both matter and energy in a state of flux. Literally, dikironium was both biological and chemistry in nature.
It had two natures. It also had the ability to unite in biology, meaning a vampire nature at cellular nature, and an atomic nature capable at base hydrogen to combine with other atomic structures.

Chrome is of the transition metals of the Six Group, and is of the refractory metals of high melting points, added to steel, it adds to the strength.

(biology) a relative capacity to unite or react or interact as with antigens or a biological substrate
(chemistry) a property of atoms or radicals; their combining power given in terms of the number of hydrogen atoms (or the equivalent)

What does chrome mean? definition, meaning and audio ...

https://www.audioenglish.org/dictionary/chrome.htm
The noun CHROME has 1 sense: 1. another word for chromium when it is used in dyes or pigments. Familiarity information: CHROME used as a noun is very rare. • CHROME (verb) The verb CHROME has 2 senses: 1. plate with chromium. 2. treat with a chromium compound. Familiarity information: CHROME used as a verb is rare.

Chrome - definition of chrome by The Free Dictionary

https://www.thefreedictionary.com/chrome
chrome - another word for chromium when it is used in dyes or pigments atomic number 24 , chromium , Cr - a hard brittle multivalent metallic element; resistant to corrosion and tarnishing Verb

IUM in dikironium lends itself again to the plural, a combining. Dikironium points to a thing which could only exist in a laboratory under specific conditions, but yet in Star Trek dikironium it lived outside of the controlled conditions. That would mean this dual element of gaseous and solid form, in a state of matter and energy, was a gaseous metal, both energy and matter, held together by it's life force.

From Latin -um (“neuter singular morphological suffix”), based on Latin terms for metals such as ferrum (“iron”).

Dikironium was therefore bound together by it's life form. As in the program, it had returned to it's home planet to reproduce, which appears to be not a mating, but a maturation. Whether the original form divided into numerous entities like a jellyfish or it would produce an egg sack division of multiple life forms is not addressed in the writing, but it was multiple entities.

Dikironium was therefore a living metal in gaseous form, both energy and matter, the joining of the two, and the ability to join to living forms into order to absorb life form from them. 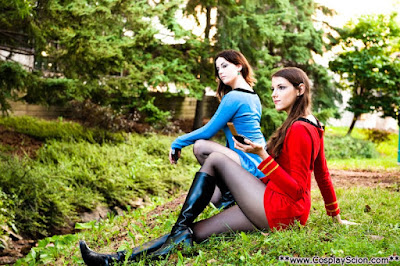 Considering that silicon was addressed as the base for another life form in the Horta, it is therefore accepted that a metal could be a life form. The radioactive flush which forced it from the Enterprise would fit also as radioactive material is radical atomic energy breaking down, shedding matter which dikironium would naturally absorb in it's radical state. Dikironium would be disrupted in association.

Anti matter was used to destroy the creature. The sheer energy of such an energy release would be enough to disrupt the dikironium and the anti state would be more than this living metal could absorb or reunite itself after such a distortion in energy fields.

The radical nature of dikironium would react to such massive energy release, absorb the energy and be overcome. It would overload the combined nature of his creature. Such a charge would burn out such an entity.