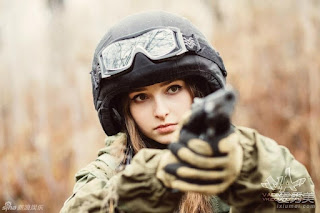 President Vladimir Putin was stressing taht the SU 57 fifth generation attack fighter was the best in the world. Whether it is, compared to the American F 35,  the fact is that the Russians are not going to be coming across and ocean to take on the F 35, as their 57's will under the cover of Russian S 300 to S 500 missiles taking on the remnant of NATO F 35's and F 16's which could make it to the Volga.

Dynamics in warfare are always space time, and the best systems in the German V rockets still need French space to have the time to fire into London. The further and air force has to operate, the edge goes to the enemy operating closer to it's home bases. 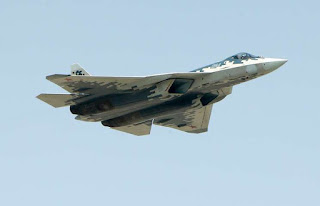 I was looking at the old Russian orders from 2015 and they have a most thorough and modern army. The base of the Russian military is the Iksander nuclear missiles and the cover of the S 400's. To make the point in a war with Russia, the German Reich had over two million soldiers on the eastern front and that number was still not enough to invade, cover and fight the entire Russian front.

There are not 2 million troops in all of NATO.  If one removes the 1.3 million Americans, NATO has around 900,000 troops in Christian Europe.

In totals, Russia is land force heavy, and in that, it is well protected, fast and mobile. While the strategy is to draw Russia out and kill their military in Europe, tactically, Russia could make Hitler bastions of their forces in cities, which NATO could not hit. The problem the Germans faced was Normandy in defenses which gave the allies an open shot at the Wehrmacht. Where the Nazis' stayed in cities, they held on without loss or as is the case of Berlin, almost obliterated the Russian army.

There are always counter measures to ever measure offered. If the Russians could counter the American arsenal, which has little manufacturing base compared to 1940, that tying up American supply and resources, would translate as Russia holding Europe.
If a consensus could be reached with Sebastian Kurz to hold central and south Europe, with the Russians holding east Europe, after driving out the Americans,  America could do little, especially with the reality of Chicoms in Alaska, and the White Race removed and replaced with the Mexican and Muslim, which would be worthless as a warrior people necessary to regain Europe.
Make no mistake about this, the United States no longer has the warrior race to overcome a German led Europe or a Russian led Europe.