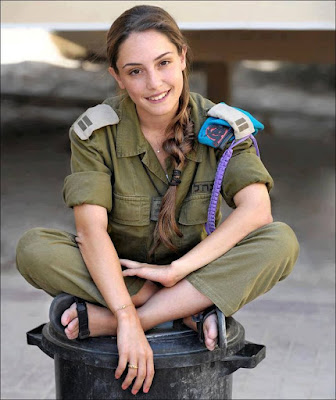 
Like all things Donald Trump, he has problem of not betting on the winners, but on the losers.

Nothing is more troubling than Mr. Trump's recent attempt to purchase the Jew vote for himself and Prime Minister Benjamin Netanyahu in the Jewish and American elections. This blog has stated that Mosaad has been behind the operation to bring down Benjamin Netanyahu, and as Donald Trump bet on Mr. Netanyahu, with full Trump pollster assistance, the reality is as this blog noted, the Prime Minister of Judah lost by winning the Jewish national elections.

The outcome is now contested by General Benny Gantz, whose party won almost as many seats as Nethanyahu's, but Netanyahu claimed victory, as Gantz noted that the Prime Minister promised to win 40 seats and barely secured 36 seats.

In Jewish Parliament there are 120 seats on the Knesset. It requires 60 seats to form a government. What Netanyahu is forming is the most right wing government in Jewish history. The Mosaad has done it's utmost to destroy the Prime Minister and actually have. The net result is the old man that Netanyahu is, is holding onto power by a weak coalition, whose main goals in politics are to deny the American Jewicans any say in the Tel Aviv government, deny Arabs their rights in Israel, to annex Syrian Golan and to push full ahead with settlements in the West Bank. In other words, their damnedest to start a civil war in Israel between Muslims and Jews, which will spread to the region.

The undertones of this have been Mosaad launching rockets into Judah by their black agents in the Gaza, and planted stories of the coming necessity of the genocide of Hezbollah  and Hamas.

Remember in this, what this blog informed you of, in Jared Kushner turned over US Soldiers to IDF control in a regional war which will suck in the United States to a global conflict with nuclear powers.

Mosaad has a habit of knocking off Prime Ministers by leaking criminal information which topples regimes or blaming right wing zealots for hosing down a Prime Minister. By the weakness of Netanyahu, it is evident that those in power in Judah have not been pleased with the American Kushner "peace" for the Mideast. The Saudis hate it, and they are in bed with Jewish finance and Mosaad hates it, or they would not have made a move on Benjamin Nethanyahu. Peace has no profit or power in the eyes of Mosaad.

And who is wading into the Mideast at this moment, that Donald Trump's envoy to everything in Jared Kushner. The Jewish state has a weak old Prime Minister. America has a feckless, lying geezer of a President. The Jewish opposition is strong and well funded, and more importantly the Mosaad is in complete control. The Mosaad though is not alone in this.

Look at the Kushner plan which is not worth knowing a thing about, because what is necessary to know about is Chancellor Sebastian Kurz of the European Super State has been stating he is  the Jewish protector as in military protection and has been all over this region making treaties and displacing the United States from Azerbaijan to Egypt. Sabby Kushner has both the Sunni and Shia on his side, along with Jewry, and the other nasty colluder in this, Pater Pope of the Vatican who wants to plant his pulpit as universal leader of the world.
So you get this, Mosaad, the Vatican, Saudi Arabia, Iran, Russia and the greatest power in the world in Sebastian Kurz are all looking to sabotage what Jared Kushner is pushing for his slum lord cartel, with geezer Trump and fossil Netanyahu apparently not realizing that Mosaad with connections in both of their administrations is spying on them, and has already outmaneuvered them.

Mosaad has bet on Benny Gantz and Mosaad never loses. Sebastian Kurz is a leader who already has the board won before he ever places a bet. He is not about to allow Jared Kushner and the United States to secure possession of a region which is Pax Romanus.

The only reality in this is whatever policy prevails in this, is not going to be Jared Kushner's, Donald Trump's or Benjamin Netanyahu's as Mosaad is backing the Simone Peres sell out to the Vatican which is now the Habsburg control of the Mideast in the Neo Roman Empire.

I had hoped that Donald Trump would be a ruthless Christian despot, but I should have known when God informed me that he was a Jehu, that the Samaritan would come out, and not follow through on his promises.

As a Christian what is now forming is necessary and I fully support anything that speeds up the process of the return of Jesus the Christ for a real peace. If the American President had competent Christian advisers, what is taking place would not be evolving for an American failure.

Trump made the wrong bet as his bookie Kushner does not understand the coup in Tel Aviv, no more than selling out the Trumps as an informant for Robert Mueller.