Remember to Donate Before Offing Your Wife and Yourself 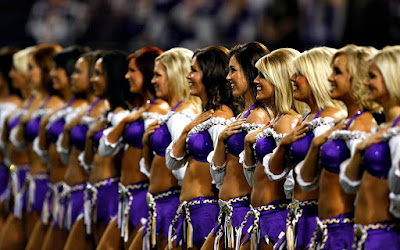 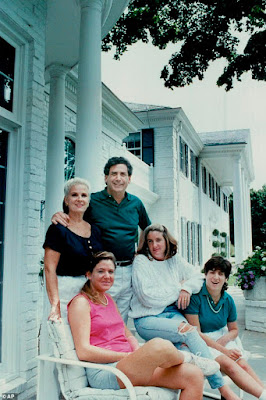 Such a waste of opportunity.


Wealthy Minnesota businessman, 77, who once owned part of the Vikings and his dementia-stricken wife are both found dead at their $22million mansion in tragic 'murder-suicide'


I just can not believe how selfish rich people are. Here you got a rich guy in Minnesota with a gimp wife, and he wastes his last act in shooting her and then himself. I mean here am I, who could have enjoyed a big donation before he capped the ho and then the pimp, and dude did not even donate.

I mean least dude could have done is left the gun to me. It is not like the 3 kids want the gun as they are probably squeamish about it, but then junior decided to go public in telling friends for some reason, as junior could not handle that his old man offed the old lady for her own good. 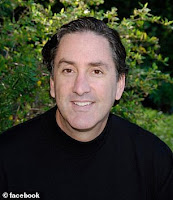 I mean I bet there is lots of stuff the kids do not want. Like all the shit the kids and grandkids bought the deceased, that they cherished and are going to be tossed to the Somalis.

And how about that bed, what a waste of a good mattress. Probably like a 1000 dollar tress, and you know how much sheets cost, as one non donating gal here, was bragging on Facebook in her 600 dollar sheets, so I could have used a good bed......and that 22 million dollar mansion. I mean shit, no one who is rich is going to want to buy that shed now after it got brains all over the master bedroom. Rich people just don't have the balls for that kind of stuff.
Me, I slept in Gram's bed she wheezed her last, the old man and the mother went tits up here and I got no problems.....hell if someone offed themselves around here, I would gladly buy the place cheap as long as the blow flies aren't shedding the windows  I got no probs. 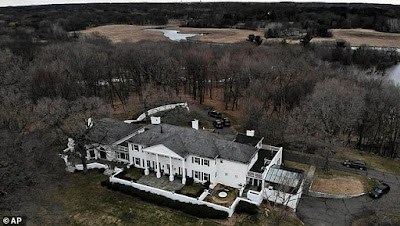 Thing is I just wonder about the psychology.....guns are power things. I mean why hose down the ho with a power weapon. I mean you got like a million bucks and Prince is dropping dope like he is a pharm, so why not get some bad drugs and let the old lady go off to judgment in peace, and then like get some millionaire cognac and check out with the same brew.

Granted the above property looks like a shit hole in I mean how can you live in Minnesota and not have a lake? Damn thing looks like a dubba wide on wheels with trees all killed by Ash bores. What the shit is that?
I mean get a lake, wheel the veg head wife out to the pond, listen to some loons and peace pill it out, as  why make a mess for your lack of faith.
That way the kids get the 22 million property without a mark down from blood splat, or double brain splat, and shit if the kids don't check on you for weeks, the maggots will have you both rendered out to bones in a few weeks, and no one will know what that earthy sour smell is later in rich dead Minnesotans for the 4th of July.
I mean how testicle is that in the owners got their perv 16 year old out by the pond, getting some illegal pussy and he skinny dips her to seduction and lays her down, and she says, "Damn it smells like dead shit here", and they both get off and can only get off later in life to the smell of the morgue or some war zone.

So after this entertainment, you rich people show some class ok. Before you go murder suicide, make the generous donation, and leave a note, as I like guns, garden tractors and like good cognac. Got no problems having a gun with blood splat on it, the tractor that hauled the old gal out to the pond and she rotted in the scoop and I can drink an opened bottle of cognac as I doubt in taking the suicide murder meds that you are going to finish it off, as drinking too much you might puke it up and then you will have to do it all over again.

Rich people. I just don't know what to do with them. Forget to donate and then make a mess in offing themselves and costing the kids cash.
Those poor kids. Parents have no realization of the trouble they caused. Go and kill themselves before a blizzard and the kids will have to keep them on ice for another week. Shit probably delayed the kids in their lives, like going to a Mark Dayton Gay Pedo Celebration. I doubt even a big trust inheritance is going to make up for that.