The HAARP Homicide of America

In beholding the Tuesday evening NOAH weather pattern, it is HAARP odd to try and see once again, how a curling arc of moisture which has produced no moisture, will by Wednesday become a rain storm and by Thursday a raging blizzard.

In watching the local forecasts in this region, no one knows what this monster bomb will do as they keep stating that the atmosphere is wobbling. The reality is HAARP is generating another weather bomb of super size, to accomplish exactly what I warned all of you of a few days ago, in order to stop the planting of wheat from Montana to Minnesota, and especially the wheat belt of the Dakotas and Nebraska.

Those who have control over HAARP, have been assisting the Saudi Arabians in their ownership of CITIBANK loans to American fracking oil, in order to sell energy to Americans for huge profits as under Donald John, energy prices have spiked with record production. Yet America has a "shortage".

For the past two years this blog has covered this HAARP weather mod and as you can see again, the ground zero of this is South Dakota and western Minnesota. This watershed has been the place HAARP constantly is freezing or burying under feet of snow.

What most of you have no idea of, as the geniuses were all writing about dead lambs and calves in the March weather bomb, is that numbers of ranchers in this region, after discovering that their traditional calving and lambing times were producing frozen calves and lambs, got the genius idea to attempt to survive by moving their birthing dates a month ahead to April 15th.

Guess what the Weather Mods have done, as you check the dates in this, HAARP is setting off another bomb to destroy calves and lambs. I have mentioned my children and brats the government policy to get rid of the Indians was to kill all the buffalo off. Do you know what happens when ranchers by HAARP keep having their lambs and calves killed in March and April storms? They go bankrupt, as it costs more to get feeders to the market weight the later in the season they are birthed.

For those missing this as they are ignorant as shit, is 20 years ago a funded global movement called Buffalo Commons was unleashed in America did not need beef, and instead America should turn the plains into buffalo ranges.
Amazingly these asstards who promoted this, finally went to the pastures of the west, and discovered, "Wow cattle actually do belong on the plains and they are better than buffalo."
I tracked this movement to South American funding, and then the trail went dead. Absolutely no leads coming out of  South America. There was a well funded project to get rid of American ranchers and take that land.

Currently you have cow fart Alexandria Ocasio Cortez, placing cow farts into the talking points the way Oprah was funded to produce Mad Cow, which has now disappeared. Oprah's lie was that beef was bad......the problem was that Oprah's meat was CANADIAN DAIRY MEAT, not American beef.

All of these events produced results, along with South American beef being dumped into US markets by Obama and Donald Trump not doing a thing about it for some Trump reason, as Trump seems to have reasons to not help his voters.
The net result is the graphic below which should have you rich people donating to the Lame Cherry, as someone powerful enough to control United States Defense policy, has turned HAARP loose against Americans, a situation which benefited Saudi Arabian Muslim control of fracking by forcing Americans to buy fuel to keep alive, and now something which should really be getting your attention this year, in someone is deliberately shifting or stopping the planting of wheat, and killing off a major portion of American produced beef and lamb. 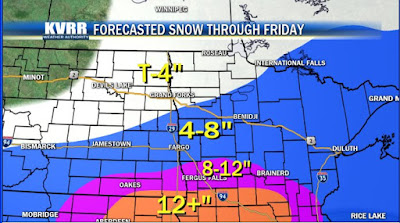 Now 3 sources control American grain, led by George Soros.  American beef is now from two sources in Canada and Brazil. Someone with immense power is using the weather as a weapon to gain a monopoly control over bread and beef in the United States, which will inflate prices like Trump gas is spiked and you are going to pay for it.

The above reservoir of moisture will within the third week of April, when farmers should be planting wheat and tending baby calves and lambs, are instead going to be finding more dead animals under the drifts now melting, producing floods, and these farmers will not be planting wheat, as it is completely impossible to plant wheat this year and have any appreciable harvest.
It is now a crap shoot as to weather Monsanto corn will be planted in May. I state corn because Donald Trump in his trade wars with China have been forcing farmers out of the soybean market as there is not any market, and that means corn will be the market, and that is where the prices are high in cost of planting and low in trying to sell that crop in the autumn. 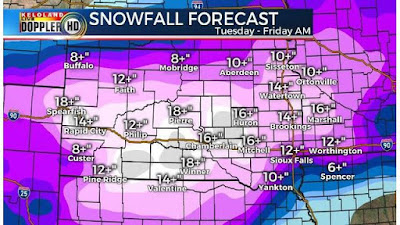 All of this means, that the bottomlands of Iowa, Nebraska, Missouri, which are already flooded, will gain a second surge within the next 30 days, and if one observes the calendar, that will end the effective planting date for numbers of farmers in extreme debt, will end. That means disaster payments where farmers are paid for crop failures at 85% of costs, and you taxpayers are going to be stuck with those billions in debt. 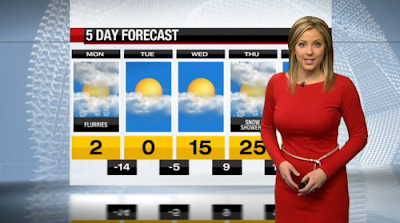