Don't Sayan You Love Me 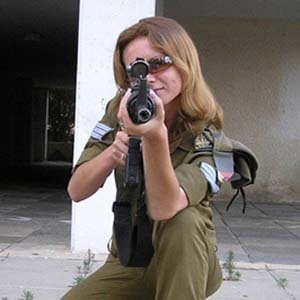 
In the 1980's a Canadian Mossad officer named Victor Ostrovsky contacted a Canadian investigative reporter named Claire Hoy about his story, a catharsis of cleasning himself of the Mossad, as warning to Jews and the world that the Mossad was out of control.

Ostrovsky's book had lawsuits filed against it, but it still published in thee American press, but in it are the details of the operations of the Mossad, which are of interest, considering the immense numbers of Jews in the West, and the immense numbers of Jews who littered in the presidency of Donald John Trump.
You are expected here to ponder the information provided, and ask yourself the logical questions in being informed, if what has been happening to Donald Trump is more than a Theresa May MI6 operation against the American People, or if there is another layer in this, and what has been taking place is an internecine Jewish war for control of the US Presidency again, between the Prime Minister Benjamin Netanyahu with his extensions of Jared and Ivanka Kushner, and the extensions of the Mossad who have been in the shadows of this since the beginning.

The following is how the Mossad operates as there are katsa or officers, who then manage sayanim, local Jews, agents who are foreigners, and those designated as combatants who are Jewish volunteers paid to be on the front lines in base countries like England and target countries like Iran.

The details of Ostrovsky's revelation are in the following.

All sayanim are 100% Jewish by the rule. A Jew may not work for the Mossad, but it is a given when approached they will never turn a katas in to the national authorities where they live.


There are thousands of sayan around the world. In London there are 2000 active and 5000
on the list.


60% of the telephone answering services in Europe are for the Mossad in drop off messages. In operations, Europe is the chosen base nation states, to which target nations are then attacked. In order  to keep the operations hidden, a katsa or officer, will use the address of an American sayan or citizen as a cover.

In each station the katsa runs all the sayan, who then are visited by the officer once every three months. This translates to up to 4 face to face meetings a day for the katsa and his spies, for these are all spies working for the Jewish state, using their base country's resources and endangering those people.

People are termed as "black" in Muslims. White as in French. A katsa caught spying in a foreign country is deported. The agent white or black is charged with treason in a life or death sentence.
The Mossad's answer to the endangering of Jews is, "What is the worst that could happen to the diaspora? They return to Israel."


Some katsa work out of Tel Aviv and are termed hoppers or jumpers. They infiltrated countries which are pro Islam for a few days, make recruits and then return to Tel Aviv. The greatest problem for the Mossad was officers staying too long in nations due to productivity and being burned.

In one instance of a training exercise, Victor Ostrovsky was sent out to make contact with a Jew named Harari, who was then the Jewish ambassador to Panama. It took sometime for Ostrovsky to make contact due to the placement and he was to find the information himself, but when he did, he approached Harari with a bogus plan to import pearl clams from Panama to the Red Sea.
In recruitment the katsa is supposed to offer a corrupt person the reason to become a crook, but in Harari's case, he was asking for bribes before Ostrovsky even tried to make his pitch.

The Mossad had messed up before the meeting and failed to provide Ostrovsky a passport, which Harari wanted to see, and not having that the meeting ended for Ostrovsky to return. This Harari would later be captured by Americans under George HW Bush in Panama in the overthrow of Manuel Noreiga's regime as Harari was the #2 man in Panama.
There was great delight in the Americans and Panamanians to capture Harari, but soon Harari was back in Tel Aviv without any charges against him. The Mossad had pulled thee American's strings and another international criminal was at large.

This Harari was connected to the katsa who was teaching Ostrovsky in being his commander. Fortunately when the katsa phoned his trusted commander and Harari lied about Ostrovsky, Ostrovsky had taped the entire conversation which proved Harari was the crook.
The tape disappeared and Harari was protected by the Mossad, because Harari was an asset, an extension of the Jewish commerce of black market and death which that nation subsists on.

If one examines the story of George Papadopoulos in his Jewish contacts in setting up Donald Trump for Pissgate and Russian Collusion, those were sayan in full contact with Mossad. We know that for certain, because when Robert Mueller sent the FBI to the Israeli state to interview the Jews, the FBI came home, the Jews disappeared and nothing more was said about these interesting Jews who were promoting using the internet to manipulate American voters and had ties to Muslim nations, all under the pretense of controlling the oil under the Greek Islands.

These sayanim are well paid. A katsa's expenditures are in the millions in the money paid for their serving Tel Aviv. Some are "combatants" who volunteer for 4 years to live in a base country, and be associated with store front businesses set up by Mossad, in order to target nations in trade and politics.

Not all Jews are sayan, but all Jews are loyal to Jewry and will protect the Mossad. That is why you have dancing Jews on 9 11 on roof tops, as these are operational groups of the Mossad operating in the United States. You simply did not see their hundreds of connections they had in every field from Kushner housing to whatever other industry the Mossad's katsa require support from in running operations and that includes the media.

As examples, when the Jews wore out their fighters in the 6 Days War, the French would not sell parts or jets to the Jews again in the Mirage fighter. A katsa made contact with a Swiss person who was copying the hard files onto microfilm and the Jews obtained the Mirage blueprints, which became the IDF Phantom jet.
When Saddam Hussein was building an atomic bomb, a katsa had a sayan working in the French ministry who reported back intelligence on what the Iraqi's were telling the French.

All of those instances are accepted by Americans, but it was devastating to the French in commerce and diplomacy. Jonathan Pollard was just "spying" for the Jews. There are thousands of sayan just spying for Tel Aviv, undercutting American diplomacy, placing Americans in danger, and ruining American contracts which are American jobs.

As Ostrovsky stated a kastsa told his class who was laison with the CIA, "When I sit down with the CIA, I want them to think I am their friend, but they never need to know that I am not their friend".
That was Zev Alan of Tevel or Laison and by manipulation he had the American CIA telling him all sorts of intelligence which was high treason, but the Mossad never provided any real intel to the Americans, in fact, the Mossad prided itself on making up intelligence and giving that to the Americans.

Now you can ponder the information provided above, as Mossad of 1986 did not just disappear. After the Ostrovsky's revelations, it simply got better at deception and changed the names. Cell phones have made their work a million times more simple.

Remind yourself in this in we still do not know who murdered Seth Rich on a DC street, after he copied DNC files and was in contact with Wikileaks. Robert Mueller has not investigated this crime as it was a direct relation to all what the Russians were smeared to be doing.
Rich was a Jew, but in whose interest was it to keep Seth Rich silent, that a Jew named Bernie Sanders had agreed to be a strawman to help Hillary Clinton secure the DNC nomination. Rich was a dreamer who believed in a world where higher ideals should be protected.

No one is asking the questions or following up the leads, because greater objectives were at work here, and Seth Rich was expendable even to Jews.

Think about things beyond the propaganda you have been brainwashed with and beyond the Evangelical worship of Jews who can do no wrong and the racists who hate Jews, to what their organizations and fellow travelers are engaged in, and how they always are around events and none of them ever become the focal point of an investigation.

"Oh but they are such a small country and have to survive".


Those Mossad operatives dancing on a hotel in New Jersey as Americans died on 9 11, as much as Jews dancing in Israeli streets, knew very well what 9 11 meant in it meant Americans would be fighting their war with Saddam Hussein. A war where the Jews were supplying intelligence to both Iran and Iraq, in order to keep that fight hot, so it was Sunni fighting Shia and not Jews.
The Mossad understood completely it meant Americans would be dying in their war with Saddam, and that was acceptable as it was what was best for the Jew.