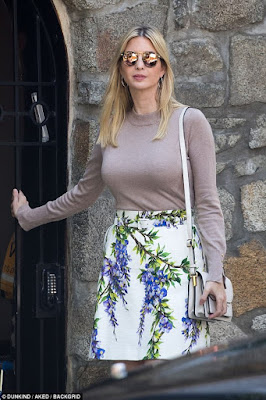 My breasts are tuned to Radio Tel Aviv

In God's workings, it is always interesting to me in how the Holy Ghost dumps a discarded book into my lap, and I begin reading it, and it happens to be written by a Canadian Patriot named Victor Ostrovsky, in By Way of Deception which was an expose on the criminal corruption of Mosaad and how Mosaad brought down Jewish Prime Ministers and assassinated Muslims to stop the peace process with the PLO.

It was all rather like Mike Pompeo bragging recently while he headed the CIA, that the CIA lied, cheated and stole.


'I Was The CIA Director - We Lied, We Cheated, We Stole'


The thing in this which is God interesting is that exclusively this blog has been pointing out the British MI6, Mosaad minding of the Trump Russiagate. This blog broke the MI6 connection in December of 2015 and no one paid attention, now it is all over the right wing media.......and not one of those bastards has given me credit, while they sat on their asses doing nothing as Trump simmered in the Mueller stew pot.

Now with Katsa (Agent) Ostrovsky, we return all this full circle in the Mosaad has chief operating partners in Canada, the Dutch, Italy, England and the United States. Mosaad has no friendship with these nations it dupes, but if you look at the long list of the nations that framed Donald Trump, Italy, Israel, England and Canada all played a role in creating fake dossiers, spying on Trump associates or literal electronic surveillance.
The common denominator is the Jewish state in Tel Aviv.

When I informed  all of you that this was a multi layer frame up of Donald Trump, you are now witnessing how this operation was designed to trip all the intelligence and security wires repeatedly to get Donald Trump.
Red State produced an interesting piece of information on Michael Cavuto and Roger Stone. 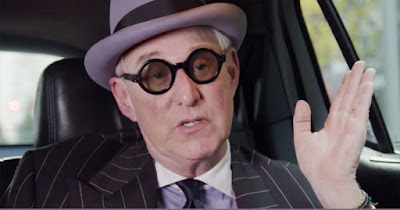 There are  two names which surface in the Mueller Report. Remember in this that several nations have been screeching for Donald Trump to not reveal information as it would reveal their intelligence assets and operations. In this, the ground zero of all of this was the nation of Ukraine in Crowdstrike which lied in pointing the hacking finger at Russia, and in this two Ukrainian names appear in Rasin and Oknyansky.

If you remember the Mosaad assassination of Robert Maxwell, and the other information this blog has produced, the Mossad has a list of operatives.

Katsa are the agents.
Under them are kidon and combatants, which are the assassin group
There are hired business people of the sayun or the Jewish diaspora who provide services on contracts
There are white agents (non Muslism) and black agents (Muslims)


This group makes up the Mosaad proper and extended.

The reason for noting the above is  Henry Okynasky goes by Henry Greenberg in the United States. That is a Jewish name and if you do a search for Jewish Names in the Ukraine, boty Oknyansky and Rasin are Jewish family names.

It was this duo who approached Michael Cavuto, who contacted Roger Stone, as they were offering to sell dirt on Hillary Clinton in money laundering. The interesting part in this Jewish duo is one of them has been an FBI informant for 17 years and testified as much in court. 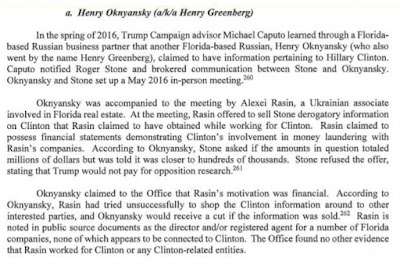 This is where this all begins to become interesting even more, in you will recall that Robert Mueller was told to stand down and not investigate certain people or information. In Mueller's report, he states that he could not find the Jewish man named Rasin. Big League Politics found him in the phone book and called him up, but he refused to be interviewed.

Mueller claimed he could not find Rasin during his investigation, even though Rasin has a current condo address in Naples, Florida, a mailbox address in North Miami, and recently appeared pro se in court to file bankruptcy on loans including a loan from the U.S. Department of Education. Rasin’s court date occurred in November 2017 while the Mueller investigation was active.


Rasin was surprised he was in Mueller's report. That is telling in this, in it concludes one of two things.

Victor Ostrovsky in his expose' on the Mosaad revealed that Mosaad often solicited and received identities from Jews around the world, which would then be used as cover identities for operations. He noted that the Mosaad utilized English passports a great deal, that Mosaad had acquired a bin full of blank Canadian passports, and this is how the traveled around the globe unnoticed.

This blog is once again going to reveal another Lame Cherry exclusive in matter anti matter, which I have suspected for months now and now is the time to reveal it, as in studying this, I firmly believe there were two Jewish operations in 2016 at base. One was to elect Hillary Clinton and the other was to keep Donald Trump from being elected.

The protection group is the one who murdered Seth Rich, when he copied DNC notes which revealed that fellow Jew, Bernie Sanders had thrown the election to Hillary Clinton. Remember it was Ukraine Crowdstrike which lied for Hilary Clinton in blaming the Russians for the hacking.

An interesting reality took place though in a recent Freedom of Information Act request, in the NSA admitted that it has 32 pages of documents in interactions between Seth Rich and Wikileaks Julian Assange.

So Why Does the NSA Have 32 Pages of
Secret-Top Secret Documents on Seth Rich?


So you comprehend the reality of this, the NSA was capturing emails and phone conversations of Seth Rich before he was murdered. That means those intelligence groups which cooperate with the United States from England, Canada, Australia etc... all had access to this information. Which means Mosaad knew this information about Seth Rich and just as the Obama hired contractors out of Tel Aviv were in surveillance of Obama opposition on the internet and running spoofers to shut down commentary, the people who were ending up dead around Hillary Clinton, beginning with Seth Rich, all appear to be part of a Mosaad operation.

According to Victor Ostrovsky, there are two divisions in Mosaad where he never penetrated. Both were above black in being top secret. One was the assassination kidon and the other was AL or American Liaison in the Mosaad and their Jewish network in the United States operating against the United States and the Citizens. 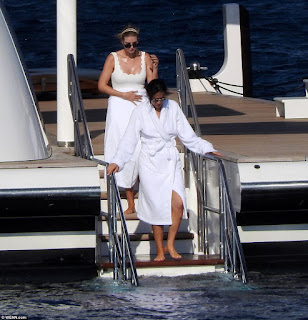 Just trust me Ivanka, Rupert hates  your dad
and I have slept with Vladimir Putin

It appears the 2016 elections had the Kushner's for their own interests working for the election of Donald Trump, but consistently acting on what appear to be orders, where they were doing which sabotaged Donald Trump.
Do not forget the exclusive of this blog of August 2016 as Paul Manafort was being removed, and how the convention had just ended in turmoil, and how Jared and Ivanka were off on another liberal Jew's yacht, David Geffen, with Jewish Rupert Murdoch's ex wife Wendi Deng who joined the Kushner's together in Croatia on vacation. That was no vacation.
Because Joe Biden ended up in the Balkans at the same time. There was a deal being worked out there which no one has spoken of, and it appears all about Wikileaks and the fictional Guciffer 2.0 who Mueller has tried to tie to Russian GRU military intelligence, but some are speculating now this was an American intelligence asset. I pointed out from the first that G.2.0 was not speaking with a Russian dialect. That cadence was Balkan. Whatever was taking place in the Balkans in leaks had Biden and the Kushner's both there and it is so huge that no one, even Robert Mueller and his Jewish investigators would not touch it.

You are beginning now to see after I have informed you, that 2016 had two Jewish factions working in the American elections for the Mosaad. The Mosaad is not really in the election business, but is more in bringing down Netanyahu activities or "making themselves available" to other intelligence services so those services owe Mosaad or the Mosaad can blackmail them for Tel Aviv.

On two separate instances Jews were shadowing or instigating dirt on Hilary Clinton in George Papadopoulos and Roger Stone to so sully Donald Trump, that Mr. Trump's presidency could later be leveraged, even against Kushner protests. Remember Jared Kushner did not want the US Embassy moved to Jerusalem, but Trump prevailed under pressure which appears to have resonated from another Jewish Svengali named Stephen Miller who is the last man standing in the White House and now running everything, It was no accident that Donald Trump handed over the Syrian Golan to Tel Aviv too. T
The 2016 elections have proven most profitable for Mosaad, in the leveraging of Donald Trump, after Mosaad tried their best to elect Hillary Clinton.

I can promise you that Sean Homo Hannity, Rush Limbaugh, Mark Levin, Tucker Carlson or Laura Ingraham are going to say a word about any of what you have been reading here, and in that, it points to Mosaad was in the shadows in 2016 in full operation, and they were assisting tripping the wires on Donald Trump.
No one is going to investigate any of this, as Robert Mueller was sent in to protect America, and that was hiding the Missing Link, and following orders to not investigate all of these links. Russiagate accomplished what is was supposed to do, in forcing Donald Trump to abandon MAGA, which his open borders have sealed the fate of as Jew Gary Cohn, destroyed small Americans with his taxes. It all worked together and the weakest links in the Kushner's were exploited to install the Mosaad operatives to move Donald Trump to Tel Aviv, with London and New York banking benefiting.


You are reading the real story here and it has been slowly and deliberately posted here by God's Grace to remove your ignorance. It would be a proper response if the rich would donate generously as I have put everything in jeopardy posting this trail of information as this is not to ever be known. 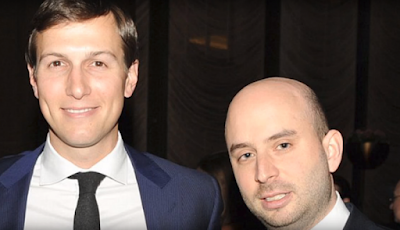 Raffel previously represented Kushner and Ivanka when he worked at the New York crisis PR firm Hiltzik Strategies. There, he managed press for Kushner Companies and Ivanka’s personal brand. He then went onto Blumhouse Productions, the horror film production company, before he took up the White House role.
Despite being a Democrat and Hillary Clinton supporter, sources close to the White House revealed that staff immediately trusted and grew close to him.

Jason Greenblatt, the special representative for international negotiations, claimed that Raffel was an “integral part of our peace team and became a close friend,” while Gary Cohn, director of the National Economic Council, said: “He will be missed.”

All of the information above flowed to the AL, American Liaison and then to the Jewish Embassy onto Tel Aviv as that is what Katsa Victor Ostrovsky warned the world of 30 years ago in what happens when the Mosaad is out of control.

It is though another Lame Cherry exclusive in matter anti matter.


Tom Petty & The Heartbreakers- I Need to Know - YouTube