Doomsday Donald: The War Handwriting on the Wall 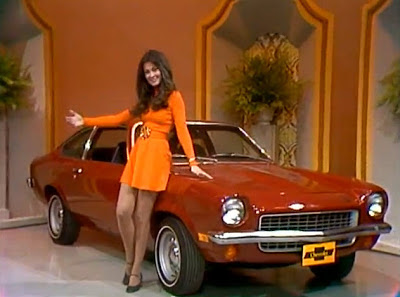 I should leave this as a stand alone post and probably will as according to Victor Ostrovsky in the Mossad, recorded in this book By Way of Deception, the following is the way the Mossad accumulates a certain part of hard data to warn of coming events.
For example if a country suddenly starts readying hospital beds, or imports a ton of high quality beef, it probably means a war is coming.

There have been signs since 2015 coming from Donald Trump, the DIA and now the controlling interest which turned Donald Trump into a National Socialist, that something is churning ahead in preparation for events.

Each event by itself is suspect, and can be written off as "preparation", but when every sector is mirroring other sectors, and most importantly of all, England, Europe, Russia and China have been stockpiling resources in warehouse amounts, which the United States is now matching, it indicates something is evolving in not just normal preparation, but acts of war preparation.

Recently the DOD announced it was purchasing 150 million dollar's in gas masks. This of course will not be for you, but for the police state. And when I stipulate "not for you", I mean all of you pretty rich people living in luxury and are supposed to be donating here in generous amounts, because you are the ones in your gated enclaves, and when chemical and biological attacks come, it will be to your luxury estates as that is where populations are located which are target. In wargames, one does not waste munitions on the rats in the maze, because  they will become targets by depriving them of food, water and electricity to burn down their neighborhoods, and the way an enemy accomplishes that is eradicating the pretty population centers, as they are the ones who control the switches in finance, energy, transportation and food.

The rich should be asking themselves just how much their lives are worth, as the Lame Cherry is warning them of something with real evidence and not speculation.

https://www.zerohedge.com/news/2019-03-27/immient-biological-attack-dod-orders-250-million-gas-masks
Specifically, the mask protects against mustard, sarin, soman, and VX nerve agents. The order comes one month after the U.S. government introduced science-based guidelines for how first responders decontaminate large numbers of Americans after a chemical-weapons attack.

When the Department of Homeland Security issued the warning for Americans to have 6 month supply of food and goods, it captured the attention of the fringe media, but it faded, as in the Trump Deluge of information, things get lost in a new drama each day, but if one looks around the world, London is warning the same thing, Germany is advocating a 10 day supply and of course the Americans are being told to have a 6 month supply of food and necessities.

I will connect the dots to what this indicates in trends and points to in another Lame Cherry exclusive in matter anti matter as only this blog can.


DHS Says Americans Need to Start Prepping for up to six ...

https://offgridsurvival.com/dhspowergriddownwarning/
In a new report from the President's National Infrastructure Advisory Council and published by the Department of Homeland Security, the government is urging the public to prepare for the up to six months without electricity, transportation, fuel, money, and healthcare. DHS is warning that the ...

Germany to tell people to stockpile food and water in case of ...

https://www.reuters.com/article/us-germany-security-stockpiling-idUSKCN10W0MJ
"The population will be obliged to hold an individual supply of food for ten days," the newspaper quoted the government's "Concept for Civil Defence" - which has been prepared by the ...

Government warns of six-month border disruption under 'no ...

https://uk.news.yahoo.com/government-warns-six-month-border-141500834.html
"This includes duplicating processes, changing supply routes and stockpiling medicines in line with the government's guidance. "However, we have been clear that there are things which are out of our control. "Today's update on potential border delays for six months in a 'no-deal' scenario is stark.

It is necessary to add to this that Donald Trump moved early in his presidency to begin stockpiling aluminum and steel. These are the base structures of world war. It is what an entire military operates on. Preparations began in 2017 already to begin shoring up quality metals from inside the United States manufacture.

https://www.npr.org/2018/03/12/592886128/trump-says-tariffs-are-needed-to-protect-vital-industries-but-are-they
Mar 12, 2018 · When President Trump announced tariffs on steel and aluminum imports this month, he said protecting the two industries was vital for national security.

https://www.npr.org/2018/03/08/591744195/trump-expected-to-formally-order-tariffs-on-steel-aluminum-imports
Mar 08, 2018 · Trump Formally Orders Tariffs On Steel, ... tariffs comes from a seldom-used law from the 1960s that was designed to protect domestic industries deemed vital to national defense.


The propaganda from MAGA Trump though is that the US economy is surging. It is not. What is happening is Donald Trump is overloading America with functional slave labor, as US output is weaker, home sales are falling, consumer spending is vanishing, and yet we have the bizarre reality as the US production is shrinking, the warehouses are filling up. That is what preparation looks like for an extended length of time when there will not be any production.


US Industrial Output Rebound Weaker than Expected
US New Home Sales Fall Much More than Expected
And again, consumers are not buying things. There are massive consumer chains which are closing from Shopko to Payless Shoes, and yet, we get reports of US production is weaker than expected and another headline how durable goods are rising. Again, that is stockpiling and that is done for preparation of a coming event when production is not taking place.


Again, gas prices are surging in the United States, but gas prices are spiking in up almost 60 cents at the pump since Christmas. We read Forbes in Mockingbird giving cover why consumer inflation is taking place as toilet paper to bacon is spiking for absolutely no reason. The Lame Cherry will provide you the logical reason for this, is US companies are being allowed to gouge consumers, shatter the US economy, because they are stockpiling money for the time when they can not deliver goods, and to pay for the stockpiling which they all have apparently been ordered to produce.
This is across the board in everything from gasoline to Pampers is piling up. Yet prices are rising. That is all evidence of a subsistence war economy, just as much as these Visa Vermin are "the more monkeys in the zoo as expendable targets, means enough survivors to pick over the cadavers and still load the Amazon cartons for resale".
The insane importing of foreign slaves into America and the west at 1.5 million per year, indicates that the workforce in America will be cropped by 15 to 25 million, as that is what mass destruction looks like, and by importing the  Mexican and Muslim whose diet includes feces from birth, these shit eaters will survive when sewage in your water has you shitting yourself to your gated community death.

Household Products May End Up Costing You Even More | Fortune

fortune.com/2019/02/10/household-products-cost-more-price-increase/
Some of the 2019 price increases are expected to address the company's gross margin, ... Consumers might now be paying more for P&G's Pampers diapers and Charmin toilet paper, among others. ...

Get Ready To Pay More For Toilet Paper, Cat Litter And ...

https://www.zerohedge.com/news/2019-02-10/get-ready-pay-more-toilet-paper-cat-litter-and-garbage-bags
He decided to not buy any toilet paper. ... has been addressed with the announcement of 2019 price ... expects organic sales to increase by 2% this year. ...


In the last interesting change in pattern is the Department of Defense under Clinton Bush, geared up for brush wars, or terror wars for profit. Under Donald Trump all of that has been scrapped, as the Pentagon is moving toward Big Six or conventional weapons of mass destruction in precision bombing warfare. The targets are China and Russia specifically spoken of as the two front war in this.
It includes a massive Bull gun to launch enormous payloads to blow holes in Chinese millions, by the US Army so the US Navy can obliterate millions more in swaths.

Do not overlook the Dial a Nuke which George W. Bush began production of, Obama expanded and Donald Trump is implementing. This is the use of nuclear weapons in conventional theaters. The Pentagon is gearing up to efficiently eradicate a likely 500 million in civilian and soldier in the Russian Chinese theater.

https://breakingdefense.com/2018/05/army-needs-2b-a-year-more-for-big-six-52-for-air-missile-defense/
"Much of the disconnect comes with how the Army has defined the Big Six," said Andrew Hunter, a former Pentagon official now with the Center for Strategic & International Studies. "For ...

In analysis of thee above, the conclusions from this poor orphan girl in reminding the necessity of donations to my accounts in generous amounts to continue this blog, and so that I will be around when the shit does hit the fan, is that the evidence points to, two event structures.

The first appears to be mass chemical or biological attacks on the United States and Europe. It could be some Wormwood event of a meteorite strikes of Biblical proportions, but one does not order gas masks for asteroid dust.
Whatever the events are, the common dates are 6 months to return to production, which means a massive use of resupply to deal with effected areas. This is not total destruction of nations, but a fracturing of nations from these events. The structure of the nations will recover under martial law, but not the Republican forms of government, hence the Trump Nazi State which Barack Obama initiated, in order to deal with resupply.

In the Pentagon projections of their ordering, there appears to be a dual event here. The first is a global softening event which has nations going defensive in dealing with repair and resupply. This then projects out in the years following to a coming IVth world war, with Russia and China as the opponents. That is what the evidence concludes. There are events, probably combined, in either economic on the start or economic implosion on the outset, with an event that cuts off supply to nations. (The European anti Christ, from the Bible in no one can buy or sell with the government mark.) What follows on that would be a global war, in which billions would perish.

You can tell a great deal by the price of ass wipe going up in the Trump Era.


Again, another Lame Cherry exclusive in matter anti matter, and for the rich, "What the hell good are your portfolios with you rendering out in your silk sheets, your heirs shitting themselves to death and the reality that Wall Street will probably vanish to wipe out the economic fraud which has been engaged in, so in logic, you are going to be facing Christ in Judgment,  and it would be a logical action to say to Jesus, "Hey Lord, remember I did donate those 6 figure amounts to that orphan girl."

Yes it is in your interest to donate, as  the evidence is in motion of preparation for two events which numbers of humans are going to die, and it is going to be nasty warfare coming to the American shores.