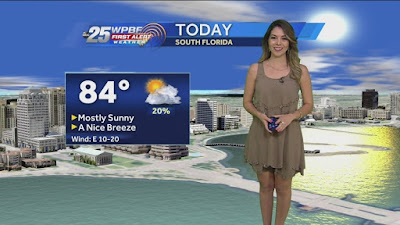 In reviewing the famine phase of the second HAARP Weather Bomb which struck the Protestant Christian interior of the United States, this storm produced more snowfall than an entire winter's worth of snow over South Dakota and western Minnesota.

The severity of this storm has now born out, as it is not just snow fall totals, but is confirmed in the warning which I provided here first and exclusive, that planting dates to begin planting of crops in this region have now been effectively pushed back to May 1st. That is a 2 week season shift, and ends all possibilities of wheat being sown into the majority of fields.  This is the bread basket and that has been closed.

The Dakotas  and Western Minnesota now join Nebraska which is still a swamp.


It is what is following which is the new warning from the Lame Cherry, and that is over the coming week, there will be storms following, two in number which are going to deluged Iowa and  then Indiana in major rainfalls. The point in this is, the window for planting is shutting down in some states for crops, and others it is being shifted.
The new targets are the Republican states of Iowa and Indiana, after the Republican states of Nebraska, North and South Dakota and the GOP region of Western Minnesota have been been created into a bog.

I am fascinated by this storm because for all of Friday it simply sat on top of eastern North and South Dakota and smashed that region, in a sort of mini blizzard inside of  the blizzard.

The damage has now already been accomplished  and the warning in this is, is that no matter the small amounts of moisture which follow, even a tenth of rain or a cloudy day is not a drying day. So it moves effective planting from mud fields deeper toward summer.

The above NOAH graph reveals the remnants of this weather bomb, in how it tore into two, but this time actually struck into Ontario and Quebec. Richard and Stephanie informed me that prior to this storm, Quebec looked like January with massive power outages and flooding. These storms are coming now into regions with a one two punch, as the South Dakota storm was fascinating in a literal snow stream stretched across that region in a band dumping 4 inches of snow before the bomb initiated, and then the bomb created a Wednesday, Thursday and Friday detonation over the region.
I had reports of frequent snow thunder in the Watertown SD area on Thursday morning, on top of 14 inches of snow. By afternoon a quarter inch of ice fell, and then 5 more inches of powdered snow covered region into Friday, which you can observe in the above screen grab, while to the east, that Texas hydrant of moisture was slamming into Indiana and Ohio.

In the extended forecast over this Great Plains region, 9 days will be adding to the deluge. That means zero drying will take place and those fields are going to have to dry out, in order for corn to soon be planted, and the dry period is not coming. So 9 of 12 days will be wet on this muskeg.


Before HAARP targeted Protestant Christian states, weather for the most part followed a pattern in the northern United States. March would see several major spring blizzards, which were the river and stock tank fillers for the summer.  April would be showers, usually a 1 to 3 inch storm, which would be early and allow field work to progress.
It was rare in this region then for any rain to fall until Memorial Day at the end of May.

What followed would be bluebird weather of warm south winds and cool Canadian air after showers which would water the crops now growing.

After June, it was rare that rain would fall but once to the end of August for the wheat, barley, flax and oat crops. As the season changed rain would appear to fill the corn and beans, and then it would be dry to the first week of October as the corn harvest would begin into November. After that the November snow or rain would sometimes be dry or wet.

That was what growing crops in America was. Winds  were ALWAYS in the northwest or southwest. Southwest brought the humidity and northwest made it rain. This last storm as all HAARP weather bombs are, the wind blows out of the east, then the northeast very hard as the blizzards move from the south and southwest into the wind which can not happen. Then the shift moves to north, and then northwest, before moving straight west and then south.

Historically, any wind out of the east was as rare as a politician telling the Truth. A straight west, north or south wind was a puzzling rarity and the old people would comment on it. Otherwise it was scorching southwest or northwest cold winds.
That is why all the farms in this region in the soil bank, planted trees on the northwest side of their homesteads from protection form the wind. There is not any protection form these east and north winds which are very raw and cold coming out of Ontario and Quebec.

Corn is a worthless crop, except for feeding slaughter cattle, which America has few of.  Beef is raised in Canada and Brazil. The pork is raised on soybeans in China. That is the reality, and the reality is America is being set up to not produce reduced wheat crops. With Trump's trade wars with China, the reality is China is now reducing American bean buying, so that means someone is  deliberately making farmers produce a grain which is not food quality for humans, and has only an ethanol major use.

The very things I was concerned about, and what I did not figure would unleash as it would be suicide are being unleashed in the Weather Mod. I see that California is moving toward 90 degree heat already, and that means the South will warm too. There should be super rain storms appearing out of Oklahoma early. It is yet to be revealed by the storm patterns until HAARP generates them, but I do not believe the Dakotas will be the target, but that the storms will sweep from Illinois east in tornadic storms.
Some help  Mike Pence is for Indiana.

I will post the Lord Willing when the first signs appear in the storms, but I would watch this coming week as a trend in where the weather is moving. If it hits Iowa to Indiana, that storm line should hold for a number of months, with these weather bombs going off in other regions to deluge them.