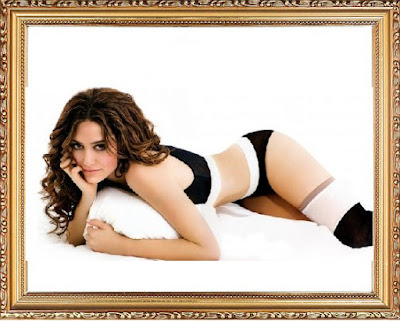 
On page 140 of Victor Ostrovsky's memoirs of the Mossad, By Way of Deception, the katsa makes an interesting observation, after explaining that the Mossad taught everyone from the Indians, Sri Lankans, South Africans, Tamils about how to fight terror wars and suppress populations with lethal force, that the Mossad also taught the Diaspora about FRAMES.

The Mossad is a thorough group which begins teaching it's agents how to hide things, by using closet poles to put documents to drilling holes in doors and plugging them to hide papers on a string. That is one of the first things they are taught is deception in hiding papers so the police will never find them.

Now this would logically be practiced in nations like Saudi Arabia or Sudan where a Jew would be in quick death march if captured there spying, but what Mr. Ostrovsky was complaining about was the Mossad was teaching Jewish kids not in places like Chile or Argentina, but in places like England, France and Belgium.
That is what Ostrovsky found counter productive as the Mossad was in friendly nations teaching Jews about Frames to act obstructively in democracies by creating SLICKS, places to hide their weapons, where they would act in groups to defend themselves.

Once again, oppressed Jews acting in defense of themselves is the national propaganda for the Jews, which the public has been conditioned to accept without questions, but what if the name was changed from Jew to Muslim or Militia, or Chinese, and Americans discovered that a foreign intelligence such as Saudi Arabia, MI6 or the PLA was teaching Muslims,  Canadians or Asians  in American cities to hide the weapons which they were being provided with, set up secret groups to defend themselves against Americans, Americans would react with alarm and would  rightly be terming these groups as subversive or terrorist groups.

The reality is Victor Ostrovsky never did gain access to the Mossad's most secret division called AI or American Intelligence, where the Mossad illegally operates in the United States, using Jews  called sayum to spy for them and to provide necessary articles like travel tickets or apartments for Mossad operations.
Just how many Jews have secret compartments in their homes for weapons and documents, taught by the Mossad, and are all through the United States, who in their leftist vents like the Southern Poverty Law Center have numbers of Conservatives on their lists as enemies in  being smeared as anti semites?

See we do not know. We do know from the #NeverTrumpers led by Bill Kristol and Jonah Goldberg  though, and fag billionaire Paul Singer that they engaged in well financed operations to overturn the Republican primaries and bring down President Donald John Trump, as the leader of Judea's family friend in Jared Kushner was in the White House feeding intelligence back to the state of Israel, which is the  Mossad.


Forbes reports Charles Kushner was a big supporter of Democrats. And “Jared largely followed suit, with more than $60,000 to Democratic committees and $11,000 to Clinton.” But those amounts pale compared to the amounts Charles Kushner donated. The elder Kushner gave $1 million to the Democratic National Committee in 2002. And he donated $90,000 to Hillary Clinton’s 2000 Senate run. Time explains Charles Kushner’s donations “demonstrated an appetite for more than approval of building projects or favorite causes like Israel.”


Are you comfortable with a well funded and well trained Mossad, having trained operatives in your community? Victor Ostrovsky got into deep shit for protesting these Jewish intelligence actions and trainings in friendly nations to the state of Israel, as this was a top priority of Tel Aviv.

Many New Yorkers term Jared Kushner a putz, which by all his Shylock dealings, he appears to know how to bribe people with favors or use political influence to leverage deals, but he is not bright enough for the Mossad, only dimwitted enough to be used as supplier of information.
It is the other willing though like Jonathan Pollard who deem it their duty first as Jews to spy on America or subvert the political process because Jewry comes first, which brings the crux of this back to a discussion which has never been engaged in, in the West, in just how many trained armed children are embedded in the West to attack Americans, Canadians, English, Belgiums, French etc.. if the need arises?

When  the Tea Party was targeted by the Obama regime as a political enemy, is it not an equal reality that should not the same fabled AltRight which came under FBI investigation, have the FBI investigating the organized Jews who have sent their children to Israel for youth camps and come back to America as assets who  view America as a problem. We already know the damage a Bill Kristol can unleash with a Paul Singer on a Republican candidate and a sitting President in Donald Trump, what of the armed children though with slicks and frames inside the United States?  If two men could cause this kind of trouble in America, then what can thousands of armed sayum cause in quest for Tel Aviv?

Anti semite groups in the United States are more imaginary in the control of BATFE moles as in Hutatree, the reality is there are enough police in the American police state to protect any groups well. America does not need groups  armed with poison pens or guns in hollowed doors, as a response to any election.