If Donald Trump Wants Your Vote In 2020 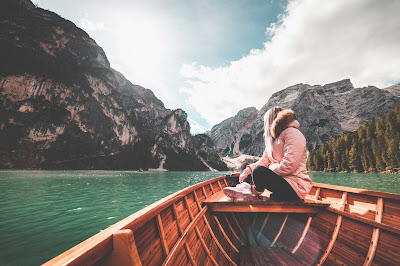 I have an offer for you and for that matter Donald John Trump, and his Pensites as the Svengali Stephen Miller rules from the shadows, and it has to do with your holding out your vote for Donald Trump in 2020 on one issue.

Now do you not think this would be fair? In you get one thing after 4 years of Donald Trump?

I promise if you force this issue by just making this your statement that, "If Donald Trump wants my vote in 2020, he has do ............"
The promise is that by 2024 you will witness a real Reagan recovery, your having money for things and the best of all, you will be taken care of as an America.

To not delay this, this actually comes from a Lawrence Kudlow appearance on Sean Homo Hannity's program, where the duo were once bitching the lie that poor people do not pay enough in taxes and that rich people pay the most.

Here are the Lawrence Kudlow statistics, and keep in mind, in production costs (taxes) and excise taxes, that people who do not pay income taxes are still paying taxflation and gas taxes.

Ok the stats are that the BOTTOM 50% of taxpayers ONLY PAY 3% of the national income taxes, while the top 3% pay the other 97%.

Now Kudlow and Hannity use this as an economic weapon of  rape to degrade poor people, but when I was listening to this, the Holy Ghost pointed out what a weapon it is for the Lame Cherry to stand for all of you poor people.

Is 3% of the taxes of like 1.5 trillion anything really? Of course it is not, as that is why Kudlow and the Hannity were bitch slapping poor people over this, offending the hell out of Trump voters. A little over 300 million dollars is nothing really to the national tax scheme, so Kudlow and Homo are correct. THE LAME CHERRY SAYS THOUGH, SINCE YOU ARE NOT PAYING SHIT ANYWAY IN TAXES, THEN WHY SHOULD YOU EVEN PAY INCOME TAXES?

Yes the three to five thousand dollars you pay in taxes mean the difference to you in saving for a used car the Mexicans have picked over and maybe a pizza and beer for the family once a month, but in the Kudlow world, it means nothing in the small sum it is compared to all the rich pay.

So.........why not make Donald Trump and the GOP this year pass a tax reform measure which simply states this:

BE IT KNOWN THAT NO UNITED STATES CITIZEN WILL HAVE TO FILE INCOME TAXES OR SOCIAL SECURITY IF THEY EARN UNDER 50,000 DOLLARS PER YEAR.
THIS INCLUDES ALL RETIREES, TRUST FUND BENEFICIARIES, WHO EARN OVER THE LEGAL LIMIT.
BE IT KNOWN THAT ALL FOREIGN VISA WORKERS AND ILLEGAL WORKERS WILL PAY A RATE OF 35% FOR THE PRIVILEGE OF WORKING IN THE UNITED STATES TO MAKE UP FOR ANY INCURRED LOSSES IN TAX REVENUES.


Now no one can complain that the revenues will be reduced as the foreigners will be paying the way for the privilege of working in the United States. Donald Trump can finally keep his promises on the 50,000 dollar threshold of not filing income taxes, and what will follow is an economic boom.

Mexicans in coming to America only purchase cars, cell phones and clothes. The rest of that revenue goes back  to Mexico to haul more beaners into America. Why should not these foreigners taking American jobs pay for them?
More to the point, why should America not benefit from each of you who earn under 50,000 dollars, not having to pay 5000 dollars a year, and that money will then be spent into the US economy, making a real Trump economy of money flowing from the bottom up, as you just received a real 5000 dollar tax break.

Come April 15th, you will just receive all your money back in withholding. Those who once had to file, will no longer have to file and be a most happy bunch of voters.

Poor people spend their money out of necessity on living. This in turn transfers to your local economy surging, which flows to the national economy. This real Tax Alignment would cause a huge economic expansion as the elderly could afford things, the working families could afford things, and those would all be happy voters, and the Treasury would still receive the same amount of money from all these Trump Visa Vermin picking up the tab.

Is it so hard for you to start, posting this, telling people this and making it a chorus, that no one is going to vote for Donald Trump or Republicans unless they pass this tax amendment which will be permanent.

I promise you that democrats will not stand in the way of this, as no one would, as it would be political suicide.

I will also promise that the Obama Nazi conglomerates will attempt on this thee to four hundred million dollar surge into the base economy will try jacking up gas to 3 bucks a gallon and eggs to 3 bucks a dozen, but that is what being aware and bitching about it, will stop it from happening.

I have stated plainly that I am not voting for Donald Trump in 2020, as I am not going to support his socialism over democrat communism. I will though in good Yankee trading state in public here, that if I am rewarded for all of my work in 2016, plus interest, am  rewarded for work for 2020, I will vote for Donald Trump, if in addition for you Donald Trump keeps his promise on the 50,000 dollar non income tax level.

Otherwise I  will continue to rail about Donald Trump and remind him and all of you of how he has not kept his promises, but other people got the gold while you got Mexican shit on.

There is not any reason in the words of Sean Homo Hannity nor Lawrence Kudlow why any of you should be filing income tax as what you pay in is so insignificant that you are railed against. So I say, the demand is for you to stop paying income taxes and social security and these Visa Vermin are taxed to make up your minuscule share.

By the Holy Ghost I have found a way for you to rally behind one issue and force Donald Trump with the GOP and DNP to have to let you keep what is yours.
Do not give your vote away. Make them pay you for it and they gave you all the debate ammo already in chastising you that you do not pay anything anyway. So make Donald Trump keep his promises from 2016 and you get to keep your money, and make foreigners pay your taxes and retirement.