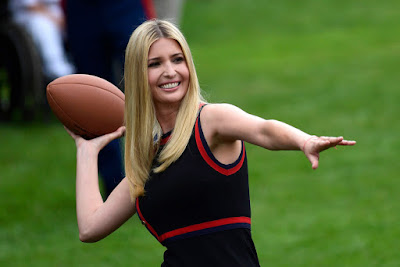 Yes I have a Chinese nanny and not an American......

I am leery of Amazon in Jeff Bezos coming Obama monopoly. For those who are not aware, Birther Hussein handed over the United States to the Nazi Conglomerates, to centralize control of what you as the cloth of the land eat, breathe, sleep and shit. It is the concentration of wealth and control, which means the feudal few are empowered.

Like Walmart was  a good thing in only selling American as it drove out JC Penney and Sears Roebuck, but now is all shoddy Chinese communist goods, the day will come when Amazon destroys the market place, and becomes a monopoly and drives up prices like Walmart did and Big Oil does, as they will be the only outlet selling and delivering.

As for now, I do a great deal of shopping at Amazon. The reason being I have a 5% Discover cashback card, which for 3 months out of the year on Amazon gives me cash back. I could use my bank card and get nothing, but in paying bills I get 75 dollars back. That is good economics and Amazon has tailored the site for Discover.

This is the saga though of ordering Olive Oil from Amazon. See in the brier patch feed bin, olive oil, which is about the only oil I can eat as others swell me up, it sells for just under 7 dollars a pint.  On Amazon, TL located a gallon of extra virgin for 28 dollars. I do not like extra virgin as it is to strong, but when I factor out that I am getting olive oil for 3.50 a pint, that is where I am going to purchase it, with free dinosaur shipping.

Let us face something in this, in Amazon imports Asian slave labor. Their Customer Service is nothing but haji or whatever armpit they come from as they have some really beyond Ghandi names. The reason I bring that reality up, is in ordering gallon, along with some other scouring pads which I can not get here, the box arrived, and  there was not any packaging in it.
Bezos has zero quality control in either bots or curry nigs,  as here was this rolling ball of olive oil smashing around in the box, which Fed Ex was using for a football apparently.
I was fortunate this thing did not explode and cover everything with oil.

As I paid for an undamaged product, I complained to Amazon as smashed in plastic bottles are not what I buy in the store or accept in the mail.

They were most helpful and offered to exchange or refund. As I needed the oil, yes I got the exchange and they shipped again, assuring me that the packing department would be notified to do a better job.

So the next package arrived, and, it was damaged worse than the first gallon of olive oil.

So it was back to Amazon to complain and this is why I am informing my dear children of this, is Amazon in my experience has 3 levels of customer service.

First level, is robotic answers, even if Indians are the wetware. First time it is refund or replace, but second time they will just refund. I did not want a refund, and asked for a replacement again, and the wet ware is programmed to not agree to this, and send you to their supervisor which I requested.

Second level is where you hear the NO a great deal and stonewalling. In fact on level two, they manipulate the public in telling them that you do not get a refund, a replacement, that Amazon is not responsible, and that you have to contact the manufacturer in the olive oil company, as they are responsible. That is called lying to the public and it weeds out numbers of people who just take NO for an answer.
This really pissed me off, so it was me asking for this person's supervisor, which kicks you up to another department, where after raising the volume, Amazon's wetware, responds with fulfilling their pledge as they are legally bound to do, and the Indian was programmed to satisfy the customer.

I know that in hard times, there are people who will take advantage of Amazon in pulling scams, but this is for honest people who appreciate the situation of damaged goods. I honestly as this point get a better return policy from Amazon than anywhere, including  the stores around here. I know this will stop one day, and I know that Amazon tried jacking up prices on the free shipping a year ago, and the public quit buying and they had to go back to the 25 dollar threshold again.

Amazon does have some problems, in Angel Soft toilet paper, people were ordering that, and suddenly discovered it was like wax paper, so they quit ordering. I know I ordered cat food for Poot and the bag from the vendor was old and molded. I had to contact the company and they did refund, but Amazon does get things dumped on there too which people need to be aware of. They really do make most vendors tow the line though in refunds which is the part that has me going through Amazon, as the site is swipe card secure and in most case things turn out fine.

I am still waiting for the replacement on the olive oil, but in figuring out costs, I can filter out any plastic that might of sloughed off in the oil, and in God's Grace in Fed Ex and UPS damages, where my olive oil was 7 dollars a pint locally, not name brand, I have olive oil at 1.77 a pint. That is what I need in Trumpflation. It is why at this time I still use Amazon as they have treated me right for the years I have used that site. I like finding deals for old DVD's from their vendors which have always been good, and as Discover offers the cash back at Amazon, it returns money to me, and I need every penny I can recover with all the rich people not showing humanity and not donating here.

The worst problem in this has been the delivery, as winter was horrid, and the spring melt was a mud hole, and I can not have trucks in the yard or they would sink to China. The second damaged item, I was draining water off the driveway when the UPS guy parked and I went and retrieved the box.
In all of this though, is the one reality, if Jeff Bezos was employing Americans in his packing department, at least in oversight positions, they would have the sense to put bubble wrap in boxes so the items would not be cannon balls slamming around in the box, as the delivery services through them like footballs. That is shoddy on Bezos part in his Nazi Conglomerate pouring into the United States people who are on the intelligence level of monkeys. A fraction of a cent in air bubble wrap would have solved all of this which is a disconnect in Bezo operation from his grande ideas to  the reality of he has people who do not give a damn in quality control, and the Trump Visa Vermin which Amazon hires, have zero Christian work ethic to do a good job, which helps their boss Jeff Bezos, making him more money, which trickles down to better wages and working conditions. 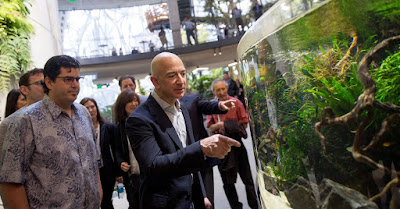 I call this my employee recycling in Soylent Green for my plants.


To put it simply, this is what America is being transformed into across the board in Chinese crooks, Indian asstards and Mexicans who are using bubble wrap as fuck toys, in none of them are American Protestant in ethics to go beyond the paycheck in doing what is right.

This once again is a Lame Cherry exclusive in matter anti matter. Expect America to decline across the board in this decade and the Christian remnant will see a 3rd world America where society falls apart as no one is going to be putting into America, as the majority is raping the structure and moral people are not going to kill themselves for a shit hole fathered by Birther Hussein and delivered by Donald Trump.

As a customer, I should not have been put through any of this, as  this is my time and money being wasted on shoddy fulfillment. Who do you think is busting boxes at Fed Ex and UPS? Same primates who are at Amazon not giving a damn.
The system is already broken and no one is noting it as cheap money from Trump is still holding  the shards together. 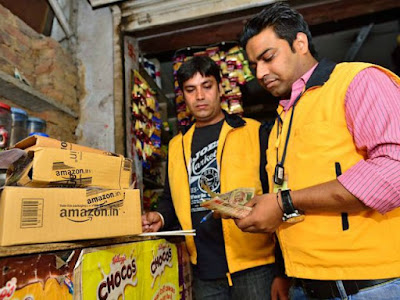 Bubble wrap? No Pitram, not in the box, as I take it home
and sleep on it for my bed.