In Russiagate, When did Russia start blackmailing Obama? 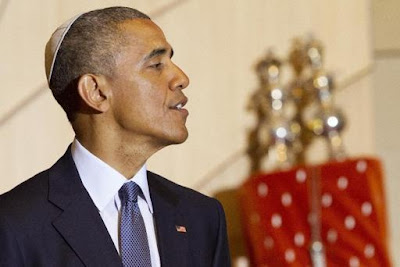 There is the question in this in what we do not know, and it is why with Russian tampering in US elections BEFORE 2016, why was it that Obama did nothing to stop it. Why after Hillary Clinton was screaming "Russian Bots", did image Obama only respond with weak as water sanctions?

As an investigator in law enforcement, there are absolutes in motive of operation which allows an investigator to piece together a puzzle of cause and effect, of one knows information, and then in forensic psychology, one deduces the reasons which led up to those actions.

We know many things of Obama. We know that he did not send the FBI to investigate the entire mass murder of the Polish Nationalists who perished in a murderous plane crash going to Russia.

We know Obama stated he would be flexible with Medvedev and Putin after Obama stole the 2012 elections.

We know that Al Franken of Minnesota was allowed to steal the Senate seat there for the magic super majority for Obamacare by George W. Bush and Karl Rove.
We know that Obama stole the 2008 and 2012 elections from Republicans in 10 million GOP votes disappeared and were flipped for Obama.

We know that the United States had been importing recycled Russian nuclear weapon uranium for gouging US consumers, and we know that Hillary Clinton under Obama set up the Russians to control US uranium resoucres under Uranium One.

We know that from Julian Assange, Edward Snowden. Trans Manning, that all of these leakers were leftist and they were trying to stop Hillary Clinton from being President.

We know that Obama allowed John the hero McCain to install Nazis in Ukraine and created ISIS in Syria to check the Russians and pressure Vladimir Putin.

In examining all of the above, certain realities begin emerging, in Birther Hussein Obama had a most intriguing relationship with the Russians.
It is evident that Birther Hussein covered up the crimes of Hillary Clinton and when Polish Nationals were mass assassinated, the Birther told the FBI to stand down. 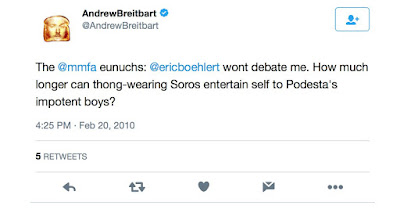 In all of this a pattern emerges in the crimes being covered up, involve Russia and Hillary Clinton. Obama once stated about the "powers that be" as they were not him, on an open mic. The fact is that Barack Hussein Obama was never the power, but a shemale whore who the pimps installed into 1600 Penn Avenue to humiliate the Clintons, overthrow the American Jew order and to loot the United States. As one can note from the installing of Donald Trump, from a new leader in Ukraine to the ending of MS 13 dope control in America, the pimps of Obama, have had the power they usurped rolled back by the lords and priests who backed Donald Trump and Sebastian Kurz. There is still the question in this, of "What of Obama?"

Birther Hussein Obama always acted in his perpetual vacation time that he had powerful forces backing his looting of the world. Obama also had a continuous motive of operation in he would never take on the Clinton's directly and Obama acted like the Nigger who covered up a Russian high crime against Poles, in exchange for wholesale Obama rapine in the Mideast, with the crowning Obama pay off to Vladimir Putin was the Iranian Nuclear, where Obama rewarded the Iranians billions and Iran got to keep their nuclear weapons.
That all looks like as this blog said, that Moscow had a man in Washington DC, and that boy was Birther Hussein Obama.
Obama has always acted like a jacked up street alley coon, who had the goods on him, and the person who had the goods on Obama, was Vladimir Putin.

The conclusion is, Vladimir Putin had information in which he was blackmailing Barack Hussein Obama. 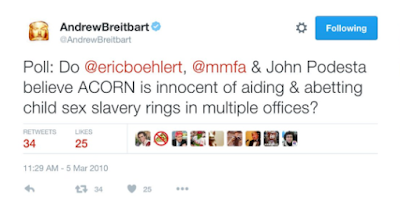 Does this not make a bit more sense? We have had years of investigations and leaks, and the constant diatribe of Russian hacking and what a big threat Russia was.......and yet there has not emerged one shred of evidence that Vladimir Putin or Russia has made one threatening overt move against the United States.
In fact, as Bob Costas of NBC stated at the Olympics, and suddenly came down with pink eye as if someone gave it to him from Obama Inc., Vladimir Putin was the peace giver to the world. Russia has been the force after being humiliated by Europe and the United States, has acted with restraint in Libya to Syria. Russia is the one who was fighting Obama McCain ISIS terrorists in Syria.

All of this adds up to a glaring fact of the psychology of this constant Russian hacking, is Russia indeed did hack computer systems, but Russia was not hacking Hillary Clinton or the United States government. Russia hacked archives and operations which were the holy grail of information on one of the gravest criminal fronts in history, and that was the story of Barack Hussein Obama. The Russians have something on Birther Hussein which was immense.

We know for certain that something was there, because one of the most exuberant patriots in America, in Andrew Breitbart was assassinated by a team on the streets of California, after stating he had information which would bring down Barack Hussein Obama.
That information was covered up  by Steve Bannon at Breitbart and it has never surfaced, so there was something there of high crimes, but what emerged from this was complex cover operation called Russiagate, with a protected Missing Link, and the cover focus on Donald Trump as "someone" was tripping the intelligence wires to get the Obama criminal enterprise with Bush fam to reveal itself in operation, headed by John Brennan.

For those who have followed this blog, we have the proof that the dossier which Russian gained access to on Barack Obama was immense. From Obama not being natural born, Obama's real parentage, the cover up of that past from Brzezinski assets, to his being funded by Muslim terrorists, Obama's collusion in framing a Republican to win the Senate seat, the framing of Rod Blagojevich and John Edwards, the wresting the dope cartels and turning them over to Obama benefactors, the blaming of Chechens for the Boston bombing when it was Holder's sting gone wrong against North Korea, setting up Obama's own Muslim terror network, the fake bin Laden execution, the Benghazi fiasco, the protecting of the leakers against Hillary Clinton as much as juggling the protection of Hillary Clinton as Hamrod knows the Obama secrets too, Vladimir Putin had game in this game on Obama, and it was a perpetual Barry on a String.......or had it devolved to image Obama on a string, as the Russians gained access to the events of June 13th, 2013 AD in the year of our Lord, that Russia knew Obama left the building.

Which one of the events or all of the above and more, was behind a Tavistock Stanford psychological rape of Americans, in an attempt to turn them against Russia, because Russia had something on the deep state, and Donald Trump had become their enemy in 2016 AD in the year of our Lord, for wanting closer relations with Russia, and the deep state could not allow it, as what would come out is Russia had a man in Washington DC, and it was Birther Hussein Obama promoting Russian interests and more to the point handing over American technology.

Do you not find it odd under the Obama era that Russian advanced aircraft and systems all mirror the systems the United States was developing? Did it not seem strange that the F 35 fighter was working to perfection, until Barack Obama appeared in the White House, and then that system became the worst fighter platform in the world? 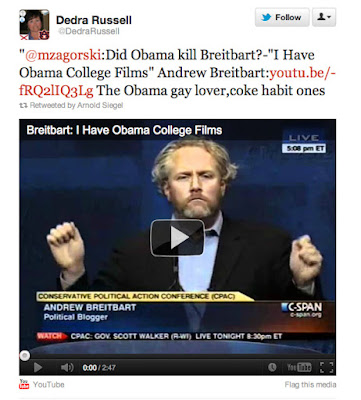 It was expedient that one Jew must die.

Russophobes like John Brennan were in power like John  the hero McCain for the Obama years, and were always ranting about Moscow, but did nothing about Russia. It only became an issue after Obama left office. When image Obama left office the Russian leverage was gone in 1600 Penn, so a cover story to punish Russia had to be developed as the interested parties in MI6, Mosaad and Birther Hussein did not ever want the quid pro quo which had been carried on for years to ever be discovered.

That is what motive of operation points to. The Russians had something so huge on Barack Hussein Obama, that this fellow traveler went along for the ride. Obama's sympathies were already  there in his flexible promises to reward Moscow, but something took place after the 2012 elections where everything changed and it all centered on the June 13th 2013 date. Before that date, Obama was a winner and after that date, everything Obama touched was a failure. Russia gained information on Barack Hussein Obama and from that point on, Russia was rewarded by image Obama.

Everything about what Robert Mueller engaged in, was looking for something which is not what he said he was looking for, as his indictments were a smokescreen of lesser issues. That protector of America, was part of a huge construct of the Missing Link being protected and distancing of America from Russia.

Russiagate was constructed to end what Obama was giving Russia and to cover those crimes up forever. Russia did not hack what it was accused of, but it is deduced Russia did hack a major file cache and the top of the list was pedo Obama.

The question is not when Obama knew it and when did he know it, as Obama has always known what a crooked literal bastard he is, the question in Russiagate is when did the Russians know it and when did they receive that information? Friendly flexible Obama was Marxist rewarding Moscow before June 2013 and after that date is when the Russian narrative began to change. Sometime between May 20 2013 and June 13,  2013 is the time period, as May is when Edward Snowden arrived and June is when Obama left the building.

Snowden fled to Russia, as he knew from the NSA files that Russia was the only nation with the kind of dirt on Obama, that Obama would not press the issue.
It is not a coincidence that after Trump was cleared by Robert Mueller, that the DOJ went after Julian Assange, as Trump gained the upper hand, and Assange was the source under Obama's protection to keep Hillary Clinton out of the White House, thus Obama protected his legacy and his crimes.

Interestingly, the CIA left's front paper Washington Post, gave John Podesta a platform to spin this all away from looking at Obama as a fire break. The thing is if you read Podesta's paragraph below, that instead of Trump, you can insert Barack Hussein Obama, Eric Holder and Loretta Lynch into this, as if Podesta unconsciously is confessing the Obama collusion and obstruction. 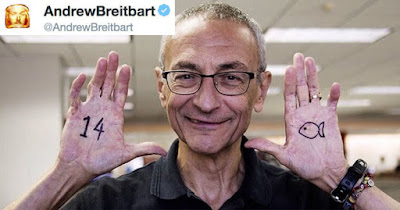 Our country now faces an important question of accountability. What happens when a presidential candidate teams up with a hostile foreign power to undermine an election? Do we care about potentially irreversible damage to our democratic institutions, political norms and national security? Do we think an attorney general, who is acting as the president’s defense counsel rather than the top lawyer for the American people, can be trusted? Do we think the dangerous precedents set here are worth looking into?

The question is, when did Russia start blackmailing Obama to have Obama defeat both Hillary Clinton and Donald Trump, and first to install Jeb Bush as president, and second to install Bush comrade Mike Pence as president, to cover all of this up? 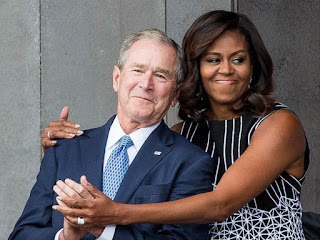 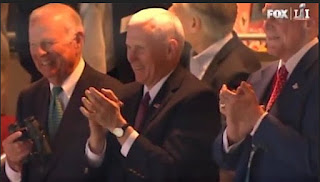