The Only Good Southerner

I was looking at HAARP The Trail of Tears, and  while I have been known to hate Southerners with a passion after one did me wrong, well there was them wild Louisiana girls who were not my favorites either, but no matter how many did me wrong, when I viewed the NOAH feed of the weather which generated out of Texas again, I just wondered how these people from Louisiana to the Ohio can deal with this shit.

For readers here who have followed what I have been tracking in HAARP, the people of the South were floating like Noah's boat since January, and there simply is not any let up. Those RED blobs are massive rain drops again, and this is the region which is in 4 week that is going to receive that massive snow melt from the HAARP Weather Bombs which have been piling snow up in the Missouri River since last October.
Sure wet in Michigan is good for apples, but you still need dry to pollinate the blossoms to grow the apples, but Michigan is not the Mississippi flood plain.

I honestly run out of things to say about this, as the destruction which was taking place on the Great Plains is going on yet, and it is all flowing to the South.

What is of interesting in tracking HAARP though is you will notice after the two blizzard bombs went off on the Great Plains, that the weather has gone desert. Wheat will not be planted this year in this region as it will all be corn and beans, and that is going to affect flour prices once this is learned.
I mentioned to watch what HAARP began generating and what has begun is not the normal pattern of storms of late spring in the Oklahoma lift of weather into the Great Plains in tornado alley. What is instead taking place is the Dallas area plumes have moved to Louisiana and shifted north there. Straight north into flooded Missouri and then trailing up.
The same areas saturated for four months are again being flooded. I was reading stories of Wisconsin  beaver trappers in March in how flooded it was there, and as you can see the rains are still coming down in deluges. Again all of that is bad for agriculture in growing food, and the outlook is not going to be any better in the agriculture areas of the South to the Northeast.
The South as in Georgia has that red clay that turns into dust in a drought, but it holds moisture when wet as all clay does. This region is historically wet and if this pattern holds, the flood plains will stay flooded and a reality may set in that the  Great Plains will again be too dry. I  know the long range was for a wet summer on the Great Plains, but at this moment, the weather is breaking east early. If there is not a reset in this, then the warmth of Texas which flows north into Oklahoma will be a dry heat, and it will be a cool dry over the Plains and that does not make rain.
HAARP though can make it rain in Iranian deserts so that is not the problem. He problem is HAARP does 6 inch rain dumps which destroys houses and crops.

If you look close over the Plains, you can see a river of air flowing out of Canada, which is cool air. A few weeks ago HAARP would have flipped the atmosphere and had it below zero. Now it is a 40 to 60 degree air flow out of hot Canada. Again the point is, the Plains are drying out and the weather patterns have shifted to create good Southerners, and they are going to have watery graves.

I have been  watching California too and some areas are spiking at 90 degrees this past week. Fargo North Dakota is forecast to be at least 70 degrees this weekend. That is quite warm, and it dovetails into what may the trend in Texas will be hot and dry early, and this means the Plains will be facing this as the June Monsoons will instead be burying Louisiana to the Ohio.
Yes HAARP can and  does create massive weather bombs to dump moisture or lower temperatures, but the point is the winter was supposed to be warm and summer should be hot. This keeps trending and while there may be some massive storms on the Plains, the tornadic activity will be in the Midwest. In trying to convey the meaning of this, there are trillions of gallons of water, more than there should be in saturated soils. That will all evaporate and move east, onto already deluged soils.Any uneven hot or cold contact in fronts is going to set off massive tornadic storms in the Ohio as historically have taken place.

I will give you an example as someone once told me they were fishing in  the Great Lakes of the Dakotas on the Missouri River. They saw this little poof of a cloud coming in from Indian country and thought nothing of it. That cloud hit Oahe and exploded into a fierce storm, because all that water fed it. All along the Great Plains from Texas to North Dakota, you can see this in summer where clouds will thunder, but have no base, but the minute they cross into Minnesota, Iowa, Missouri and East Texas, the explode in massive storms due to the humidity.
The difference is this year, it is already drenched on the plains, Storms starting out there will already be dropping rain, and only build as they move from the Mississippi drainage into the Ohio and and Georgia regions. Given heat, and they will not lessen in  the night, but only keep generating.

Traditionally in the Laura Ingalls Wilder winters of the Great Plains, where it was deep snow, came hot dry summers. A pattern like that is generating in California is heating up and so are the plains again. If the rain does not move north into Canada as it does, or it warms up in  a week, instead of a month to delay the transfer, then the above Monsoon is going to generate all summer in the South. That will be one hot pressure cooker that will drop them rednecks like flies with Raid.

All I can do at this time is to report the trends as I have not inquired, but I can tell you that Protestant South in the United States is producing lots of good Southerners that only Saudi Muslims  and Mexicans could love, as they seek to inherit those lands by  HAARP culling. 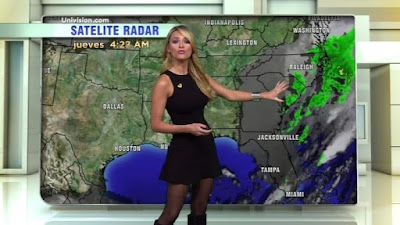