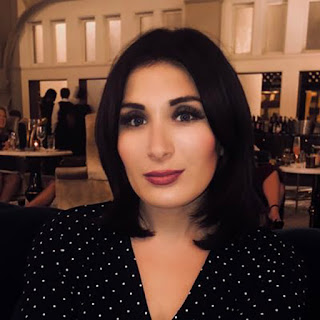 
I was listening to Alex Jones Weekend and one of his guests was the Molotov Mob's Laura Loomer, who has been part of the "banning" herding to make all the little conservatives think the elders are going to abandon us to the ovens.

In response, Miss Loomer, as I think she is single, has decided upon a course of action for her livelihood, as the FEC, Federal Elections Commission has a rule that no media or platform can ban a political candidate, is going to run for Congress.

As Donald Trump with DIA backing ran for the White House as a publicity stunt counter operation  that Hillary and Jeb bit on, not thinking he was serious, running a WWE event will indeed not only defeat your opponents, but win you an election.

Miss Loomer states she is running in Florida and meeting with "experts" to raise money and other  things associated with a political campaign this coming week. I for one am going to volunteer here, to assist another girl as this lit vodka cocktail is sure as hell better than the 435 which are in Congress.

The first thing I would note to Miss Loomer is to FORGET the experts. Elections are won, when not stolen for you like AOC, by the ground up. As she says she wants to do this, then she has from now to primary more than enough time to shake every Republican hand in her district. I state Republican, because like Trump she stands a better chance in the GOP than out of it as an Independent or future fringe party.

She has to do the work in researching the voting in her district in numbers, and trends. Trends if population is growing and what types. She has to calculate how many votes it will take to win, add 20% to it, to make sure the election can not be stolen from her, and she will win the primary.
That means voter lists, and it also means she is going to have to go out and canvas every house in her district, and that includes first gaining signatures on a petition to get on the GOP ballot, but it also dovetails later to having the information on how to register voters and how to gain absentee ballots.
For Miss Loomer, you win an election a week before the polling date, and you do that with absentee ballots.

It all has to be legal, but every voter she meets has to have a message given to them. I'm Laura Loomer. I was banned from the internet for free speech. I am a Floridian like you and I want to represent you in Congress. You may not have met our Congressperson, but come voting day I want you to know that you have met me and I listened to you, and I wrote down your concerns and I will be back to  talk to you after the primary and before election day. You are going to know me, because I am not going to sell out  to special interests and the way I do that is coming directly to you, you voting for me, and me owing you my vote in Congress.

Miss Loomer is going to have to think on her feet as people will ask her things. They are smart and will stump her and argue, but she is going to have to come down to the point, I am here, I am listening and the other people will never show up on your doorstep, but send some kid who is hoping to get out of Florida for a cushy job as an intern.
Never forget that running for office is a full time job. Jeb Bush sat on his ass and had the presidency taken from him, just as Hillary Clinton sat on her ass and Donald Trump beat her ass. National campaigns and state campaigns are different from local elections and districts, which is how Trump was able to use the internet. Local and district require hand shakes and one on one, as most people are not going to be on websites reading about you or listening to you. 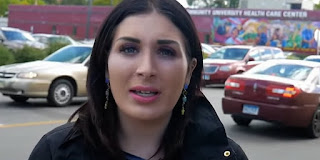 She is going to need volunteers. As she likes Guns and God, I would recommend  that she find Churches and Sportsmen groups. She sells her message to them and she will have people who will do a great deal of the herding into groups to save her energies to stay on message.

Voting is about dividing up a voting block and conquering it. Florida has known groups of voters. If she can know what the household is she is visiting, she can tailor a message to each house. It may take 40 messages of different focuses, but all will have a main theme. She is not there to convert democrats to be Republicans. She is there as St. Paul stated, to be the person those people are, so they will listen to her, and once they like her, they will vote for her. 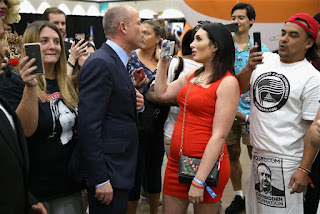 She has to stop dressing like  bimbo. LEARN from Alexandria Ocasio Cortez. She put on a clinic of the pretty, little girl, fighting for the ghetto folk of New York. LEARN that message as democrats want to hear it. LEARN from your opponent's successes and stop making fun of the ones who have had elections handed to them.
In that, Miss Loomer needs to revisit Ronald Reagan. Is messages are refined, American and timeless. She needs to be that light, in the houses in Florida, to be that shining city on a hill. Make people believe in a vision they already dream.

She needs to stay away from experts as all consultants engage in, is bankrupting you in kickbacks to  the media or polling pimps. Everything an expert and consultant does, can be overcome with a knock on the door and personal contact.

Here is the expensive advice Miss Loomer needs in her identity search. It is brainless, but people pay money for this. She looks best with just below shoulder length hair, straight, natural black, and behind one ear. It opens her face and communicates best.
Her colors are black, navy blue and light blue with white. She would look good in white too, but that is hell to keep clean. She presents business and working well, so she stays with those grounded looks.

If she wants to appeal to people one on one, then she goes light lips and natural, if she wants to dominate she goes dark raspberry lips with heavier eye liner. She NEVER goes bottle blonde. She is selling "I am one of you" "I am a leader to follow" and "I am a winner". 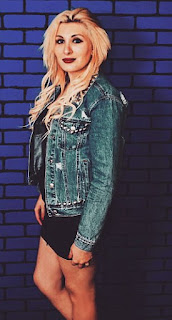 Now for the Trump sales pitch. She is working this to not be silenced, so she runs that for her gain. Most people want to be the Playboy centerfold, meaning a mic hog, so she can make it a community thing of making stars out of numbers of people for her Youtube page.
I'm Larua Loomer in Florida and today I am with.........
...... has this to say about what needs to be done in America.
Then Laura Loomer provides the solution, all is done in 60 seconds and hugging old people, thumbs up from guys is the finish. She salts this in by staging some videos that people could watch. Seriously, you get a dickweed challenging you, and you say,' Here let me show you your neighbor down the street making their point on my site, and I want you to have a voice, as Youtube shut me down", and you have your campaign, neutralizing trolls and free speech all rolled into one.

Miss Loomer does confrontation well, she will know her GOP audiences, and she can do a sound byte of sending Maxine Waters fleeing, and stating I did that as a citizen, imagine what I can do with your support in Congress.

She has to sound normal though, to keep the GOP doing a dead ringer on her the way John Kelly and Donald Trump nuked the innocent Judge Roy Moore.
She should have some cover being a Jew, but that is not a selling point except to other Jewmerica.

LISTEN to people. Read the minutes of every city board meeting in what is going on. If it is a geezer home, then read their fliers, know what kids are doing in sports in their teams, break it down to community life, so that you sound like you know what is happening on their street. 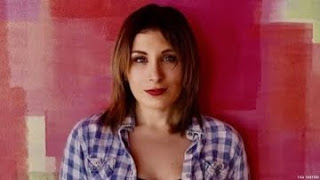 Throw people off in asking them about things you notice. Ask about how long that pothole has been there. If that intersection is safe in any accidents were there. Let them start talking and telling you things, and this then flows to other houses in the neighborhood, and you make notes writing things down, and you tell them, when I get to Congress, I am going to make sure the funds come in here to fix that.

Getting in people's faces is easy, but selling yourself as the only one to vote for, means people have to like you and trust you.

Miss Loomer has an advantage in she will have a 15% edge in being the most attractive person. Resting on that will get you beat, but remembering that will produce a landslide, if you get off your ass and earn that seat in Congress.

That is about all the free help I can donate, except she has to polish her engaging people. On Jones she was not certain and fluent. She has to get her cards printed out with subjects and become acquainted with 40 subjects so things just roll off her tongue in a SLOW MODERATE CADENCE. She has to practice this constantly to the reality of knowing how to fill time in non committal responses, until she can think of an answer for something she has no idea on. Carrying a laptop for Youtube auditions and for looking up information with "I'm really interested in this. Now that you have asked. Let's look it up and find the best solution".

You are dealing with a market where 70% of the people are polite and pretty good, and 30% you will never reach.
Always though personalize things, in having an affinity. Make the connection and people will vote for your smiling face. 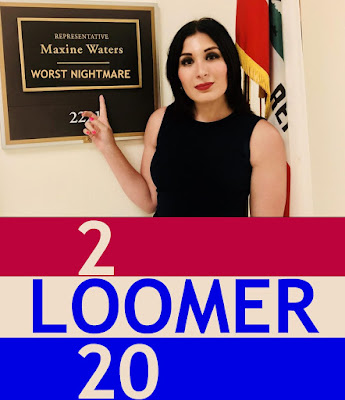