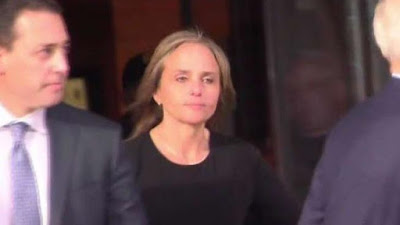 When one witnesses the contempt of the law in those who engaged in framing Donald Trump,  it is a mirror image of the case of Judge Shelly Joseph of Massachusetts, whose attorney after she was in court, stated she was innocent and her being tried was all political. 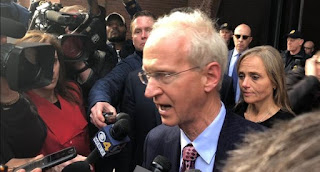 The basis for this case was a foreign criminal who appeared in her court. The invader was from the Dominican Republic, needed an interpreter and when an ICE Agent appeared to apprehend him, the Judge threw the ICE Agent out of her court.

This is where the kangaroo court really got criminal, because as the conversation between the Judge and the defense attorney was taking place, apparently in front of the prosecutor, the defense attorney had the Judge turn off the recording for almost a minute, after Joseph exclaimed, "ICE IS GOING TO GET HIM".

After the SILENT MINUTE IN MASSACHUSETTS, the ruling was that there was not enough evidence to extradite this foreign criminal to Pennsylvania where he was wanted, so he would be put into "lock up".
It was some "lock up" as the Judge's court officer, took the criminal to the back door, used the court key card, and let the criminal loose. 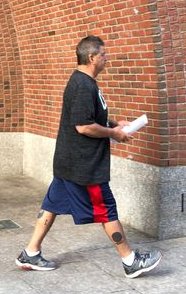 MacGregor, an interpreter and his attorney escorted Medina-Perez to “the lockup,” at Joseph’s direction, according to court documents.
MacGregor used his security card access card to open the back door of the courtroom and let Medina-Perez exit through a back door.


There is not any rule of law in Massachusetts or any of these liberal gulags. They protect the foreigners and do their damnedest to criminal Christians. The Governor even stated this woman should not be hearing cases, but nothing was done, as Joseph was hearing case up to the time of her arrest.


Governor Charlie Baker, who appointed Judge Joseph, previously said she should be removed from her position in the interim. He told reporters outside the statehouse on December 4, “I don’t believe she should be hearing criminal cases until that federal case is resolved.”
But Joseph had been hearing cases as recently as a day before the indictment was unsealed against her.


What the Lame Cherry desires to know is, after 2 and half years of these crooked judges, politicians, chiefs of police thumbing their nose at federal law, why in hell is it that it is just this ditz and Massachusetts and her
magic key boy who have only been indicted. 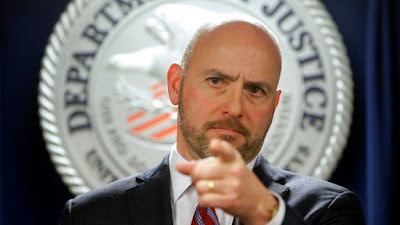 
Why is it that only US Attorney, Andrew Lelling who cares anything about upholding the laws in the United States?

To restore Faith in America, and the Department of Justice, Attorney General and FBI, I want to see piles of bodies dragged from their homes like Roger Stone, from those frauds of John Roberts and Anthony Kennedy who overthrew law on the Supreme Court, to that caldron of septic spew in the 9th District, to those "sanctuary cities" in I want all those Mayors, Governors, City Cops and whatever else the US Attorney can find to slap metal bracelets on.

Until I start witnessing crooks like John Brennan in orange jump suits, and when they are found guilty, getting Leavenworth Kansas sentences for 50 years like Paul Manafort, I am not going to believe any of this has changed.

Justice is not Hillary Clinton skating and Scooter Libby being framed. Justice is not federal agents dispatching other federal agents to intimidate me for supporting Donald Trump. Justice is not Gregory Bretzing getting a cushy retirement job and LaVoy Finnicum is cold in the grave. I want as do all of the Trump voters from 2016 to see criminals locked up, whether they are beaners or whether they get the six figure salaries and  protect foreign criminals. I want an America where it is as common in the next years to see big names in my community and in the national spotlight in real trials and then sentenced to 50 years in prison for their real crimes.

I want these people's finances gone through like Donald Trump. I want to see their emails and phone calls gone through that the NSA grabbed. I want to see their family's threatened to roll on them or end up in prison too. Only by teaching these above the law liberals what it is like to suffer abuse of power, will this ilk ever get educated that what they do is treason to America and it destroys lives every day.

A message must be sent, and until these liberals get long hard sentences, equal to what Obama dished out to Rod Blagojevich, the message is not going to be understood by these arrogant traitors to America.