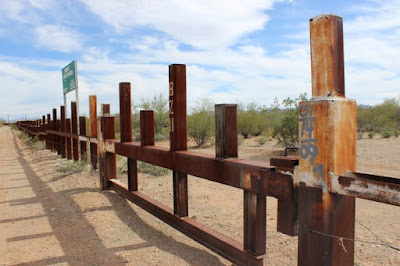 
I was looking at the line up of the posts on the Lame Cherry, and something is wrong, as they are all hard hitting stories, exposing corruption. Gone are the stories of fun and comedy, and that troubles me as all I do is work now and the world is so black hole that there is not any room for all of the evil which keeps erupting each day.

All the stories are important and this blog has been having triple the number of exclusives and posting information necessary for you. As Jared Kushner is about to unleash the American Holocaust, I wanted to share a story that Jeff Rense had posted off of Youtube from a contributor named Roger. It is important because all of you are being told that there is a border fence and Donald Trump is building a border wall. In this video, you can see a 13 mile GAP IN THE BORDER FENCE AT YUMA ARIZONA.

Yes it is about fake refugees and goes to the heart of the exclusives of this blog in what is being posted by others in what Jared Kushner has been involved in, in legalizing the Obama illegals. 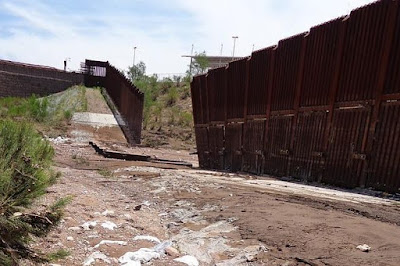 AMERICA BETRAYED - Giant GAP In US Border Fence
West Of Yuma - And The Feds Don't Know? Trump Does
NOTHING And Millions Are Heading To A Free Life Here
By Roger
4-23-19

This is a video I made about the big 13-mile GAP in the fence just west of Yuma. This is a hot spot for the crossing of FAKE REFUGEES, where they just have a short walk from a Mexican highway to what they see as the good life at the expense of American taxpayers and to occupy land that many of them see as their own territory as fake indigenous peoples.

I know there are even much BIGGER gaps in the fence in Southern Arizona but can only cover one small part at a time.


I also made this video earlier about the fence in the Campo area. I plan to make more short videos like this, especially of some of the worst spots, to show folks what the status is of the border wall, fence, barrier, whatever you like to call it. At this time many thousands of fake refugees and more traditional illegal aliens are pouring across the border every week. The head of the National Border Patrol Council compared it to a big caravan crossing every week.

I don't think a fence will do much to control the fake refugees, because they surrender to the first BP agent they see and there will also be gaps or ways to get around the fence or places were the fence is not right on the border allowing the fake refugees to surrender without having to deal with a fence. I think of asylum fraud as Illegal Immigration, version 2.0. It's a new "improved" version, easier to do and harder to stop than the old kind of illegal immigration.

To stop FAKE refugees some tweaks in the law are necessary, which apparently was not a priority when the Republicans held Congress for two years. For that reason, we well have to accept probably a few million bogus refugees, who do not qualify for asylum and will end up living illegally in the US.


You will not receive this kind of information from Trump Clapper Sean  homo Hannity, but I desire each of you to pay attention to what Roger is saying. He is saying that the Border Patrol knows this 13 mile gap is there, and is picking people up.

We know what happens then, in the invaders are given a court hearing, stating they will return, and then they are cut loose  to never be seen again. 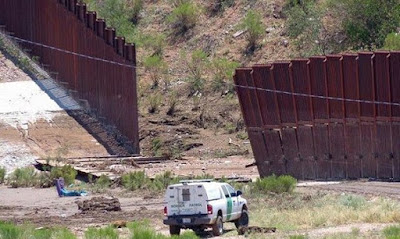 What happens outside the court is, shepherds take these criminals, give them fake social security numbers, and they are dispersed throughout America in low income jobs.  There are clearing houses in Colorado, Iowa, North Carolina etc... In my area, I can clock the beaners as they are dumped off, get jobs at dairy plants, and three weeks later they are gone to metro areas where they get jobs shingling or mowing lawns.
The point in all of this is, is that the flow of these diseased creatures filters through an entire system, which corporate skims from, the government uses for social security to offset welfare payments, and two major sellers make out like bandits in cell phones and cars.

I have reports out of Minnesota, that Minnesota is a vehicle laundering center. You can not go into the Dakotas without seeing Mexicans  with Minnesota plates working there.  Minnesota has better welfare, while the Dakotas have the better jobs in this scheme. The beaners do not register as Minnesotans, but register twice for welfare and work. It is double dipping.

This is all a scam and nothing is going to be done about it, except as this blog warned you, Jared Kushner is going to legalize the human slave trade, so his Jewry will not go to prison. This is the same Jewry that Donald Trump pardoned not that long ago for running this racket in Iowa.

This is the American Holocaust of the end of Protestant Christians. 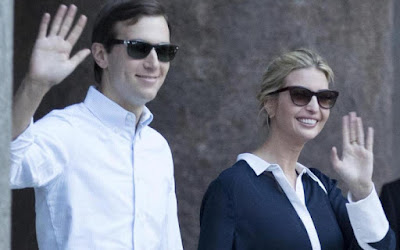