Measuring Up to Director Stephen Miller

I'm ready for my close up Mr. Miller

With the dismissal of Homeland Security Director Kirstjen Nielsen by President Trump this afternoon, and the placing of Kevin McAleenan as acting director, by Stephen Miller who is touted as an advocate of strong border security, I have a memory alpha moment in this remembering realities.

I remember that John Kelly while at Homeland increased the numbers of Visa Vermin from the Obama era to flood America.

I remember the day that Donald Trump came out of a meeting with the conglomerates telling the world that he would bring in all the foreign workers they needed and they wanted more.

I remember 1.5 million Visa Vermin are pouring into America yearly.

I remember that 1.5 million Visa Vermin were not enough forced labor, and Homeland expanded workers Visas to let them stay indefinitely into the United States.

I remember that Donald Trump signed AMNESTY just a few months ago for these foreign invaders.

I remember that Donald Trump with Jared Kusher, using Mike Pence associates is set to expand more foreign workers inside the US this summer in a new agreement with Congress, which Stephen Miller will have to sign off on.


I remember advocating for the solving of Venezuela 2.5 years ago and this president sat on his ass with Herb McMaster, Mike Pence, John Kelly and Marco Rubio, causing the invasion the border by Nicaraguans and Venezuelans.


So to blame Director Nielsen is ludicrous, along with the John Kelly claim that Congress had to solve this, which the keeps stating that Homeland can not protect the United States as US Laws forbid it. There is nothing that Kevin McAleenan can do that Director Nielsen was doing.

Ok for the short of this, I conclude this is another diversion by Trump Trans. They have no intention of stopping these vermin from pouring into America. Nielsen was made a scapegoat which gives Donald Trump and Stephen Miller cover  of the 2020 elections, as they are really going to do something now that the Bushies are gone.
Not one thing is going to change. This fake wall with holes in it will continue on, as more cover for Donald Trump as these vermin continue to be deliberately poured into the United States. 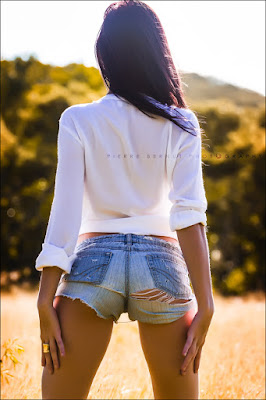