Not Another Pretty CIA 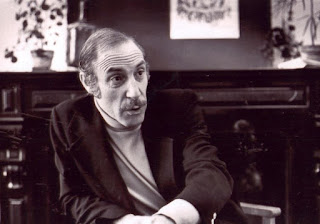 In dealing with the world of satire and investigative journalism, I still am amazed in a world of knowledge how often the Mossad, along with conduits inside the United States Mockingbird, literally keep most of the world in the dark about events which are mystery to most. 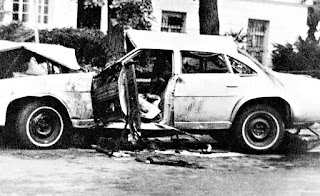 On September 21st, 1976, in Washington DC,  Orlando Letelier, a minister to Chile's deposed Marxist leader, Salvadore Gossens, got into his car with his American research associate, Ronni Moffit, and the car blew up killing both. 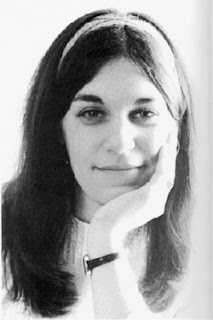 
The CIA was immediately fingered, and in the following months, the Chilean DINA, or secret police were indicted in the matter, but as Victor Ostrovsky noted, no one ever suspected the Mossad.

Like all things Ashkenaz without borders, the murder of Letelier was in fact a defacto Mossad operation on American soil, as the Mossad had trained the Chilean assassination squad behind the hit, from the Pinochet's government in his head of security, General Manuel Contreras.

How this all began was international pressure on Pinochet to reform his thug regime, so he needed someone to train his security personnel.  The natural conduit in this was the Jewish Mossad, as they trained everyone no one would have anything to do with from South Africa, for which the Jews helped build the Boer Atomic Bomb, to Chile, where a request at come to the combined meeting of Jewish intelligence, civilian and military for a French Exocet Missile. If you remember the British Navy going to the bottom of the ocean in the HMS Sheffield, that is what an Exocet is, a surface skimming ship killer missile, and the Jewish Navy wanted one, so when an opening came to train Chilean security forces, the Exocet was put into the works. 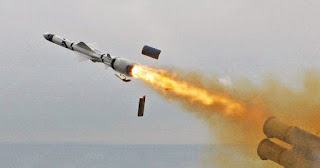 Contreras got his trained security, but desired as special squad of assassins as the Jews used out of the Mossad. For this he would give the Jews an Exocet, off a ship in working order, be paid 1 million dollars and he added to the Jews anger, that they would train these murderers.

The Mossad agreed and sent in Mike Harari. Victor Ostrovsk in his memoirs, By Way of Deception, had a meeting with this former crooked Mossad agent, in a training assignment he was sent in to recruit Harari. Ostrovsky recorded the meeting in which Harari was asking for bribes and while it saved Ostrovsky, it from that point on made Ostrovsky a marked man at the Mossad, as he kept reporting the crooks at the agency to his higher ups.
Harari for those who are not aware was the #2 man in Panama, with all it's illegal Manuel Noriega contraband. Noriega was Mossad trained and proudly wore IDF insignia as President of Panama, until HW Bush desired a better dope lord for the financiers and Noriega was placed on his way out. Before Noriega left though, the Navy SEALS, the much vaunted Navy SEALS who were the best in the world, were ordered to a Panamanian airfield to secure it, That is where they met the Panamania K7 squad trained by the Mossad and Harari. When that firefight was over, most of the SEALS were dead. Whether it is US civilians dying from Mossad SWAT training or Navy SEALS, this is what one receives when protect and serve becomes intimidate and enforce. 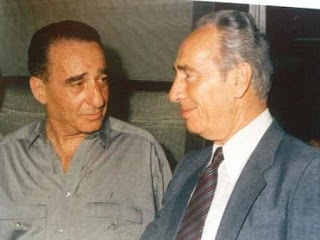 
Harari was sent in to train the Chilean special operation assassins, and he did a splendid job, as the Jews got their Exocet missile, and the Chilean junta got a murder squad who could go anywhere in the world and assassinate anyone. It just so happened to be in Washington DC, that Mossad trained assassins blew up an Chilean communist and his American assistant, and no one ever knew the facts of this in the America CIA until Victor Ostrovsky provided the details.
Harair was head of the Metsada division, which controlled the combatants employed by Mossad and the little mentioned, kidon, or the assassination teams.

In a fascinating eulogy on Mossad, every person that was a problem or who tried to get rid of Ostrovsky, has links to some of the worst and horrific acts linked to Mossad. In this case, it was a katsa named Ami, who was involved in this Exocet trade for terror with the Chileans.

It is a reality with Mossad, that they are usually quite generous with those who cooperate with them, but Mossad had the knack for creating collateral damage, such as the American Ronni Moffit, and brushing it all off as, "It was not a Jew so it does not matter."

This though was a series of smears for the CIA in which the CIA was always being blamed for something it was not involved with, and while the Chileans were left holding the bag, Pinochet never did hand over Contreras, and in that, the Jews were never brought up as the group who was behind this terror act inside the United States of America.

https://www.godlikeproductions.com/forum1/message2333511/pg1
Khalezov told the FBI that, in the morning of September 12, 2001, he attended a breakfast gathering with Mossad Operations Chief Mike Harari and his son along with other Israeli operatives. Khalezov reported to the FBI that this gathering was to celebrate the 9/11 attacks, not as Netanyahu had said, as a "fortunate happenstance for Israel ...

https://kevinbarrett.heresycentral.is/2011/02/mossad-agent-mike-harari-implicated-in-bali-bombing-911-check-out-his-false-passports/
According to former Soviet nuclear weapons specialist Dmitri Khalezov, the real-life Mike Harari befriended him while the two were living in Thailand in 2001, effectively admitted to organizing 9/11, then later tried to set Khalezov up to take the rap for 9/11-related crimes.