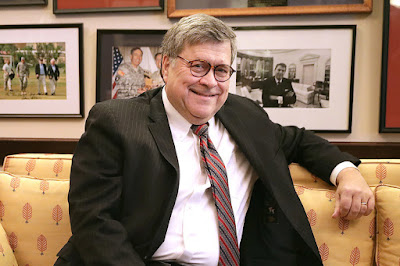 The big story from Barr's testimony then before the subcommittee was not that the AG plans to release a redacted version of the Mueller report within a week or even that those redactions will be color-coded four ways and annotated to explain the reasons for the edits. Or that Democrats like Nita Lowey whined about transparency with all the hypocrisy only a politician can muster. This is all pro forma and predictable.


It is with great pride that this poor orphan girl has the privilege of publishing the leaked documents of the Protector of America, Robert Mueller's Report by Attorney General William Barr with full redaction. 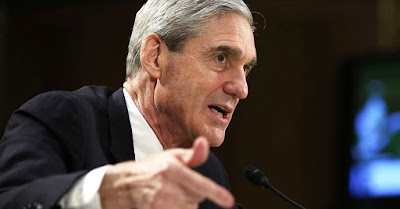 I did not quite understand the reason for COLOR CODING the report with redactions, as the parts I received for publication had the following color code memo attached in:

and to protect the virginal innocence of the helpful Lisa Page, her name has been redacted in PURPLE.


For some reason, no one cared about protecting John Brennan, Michelle Obama or Birther Hussein.

Anyway these are a sample of what the entire report is about, and it is self explanatory in why it took POA Robert Mueller 2 and a half years to accomplish this report as no one was cooperating with him, some went fetal position and others offered apparently pin up photos of the gorgeous Lisa Page.

The first up is I have deduced concerning the interrogation of James Comey. 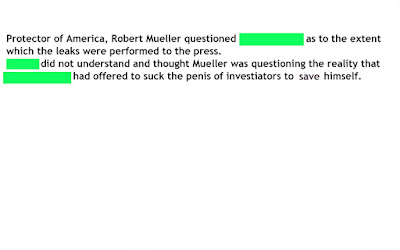 This is what I believe are the answers from the grilling of Andrew McCabe.

Then there is the  obvious presence of Jared Kushner in answering questions as a cooperating witness. 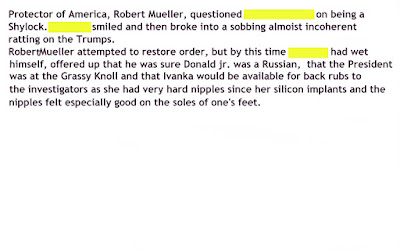 Lastly,  the only person left is Peter Strzok who apparently has a Hollywood career ahead of him. 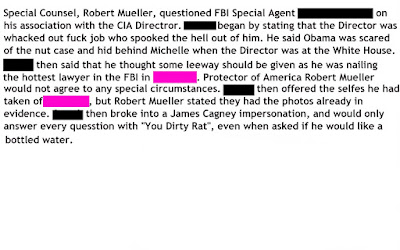 It would seem in all of this, that those who handed over photos of Lisa Page seemed to receive better treatment from the investigators than those pointing the finger at Donald Trump in being at Dallas Texas in 1963. We owe Robert Mueller so much for this ordeal he was put through in protecting America.