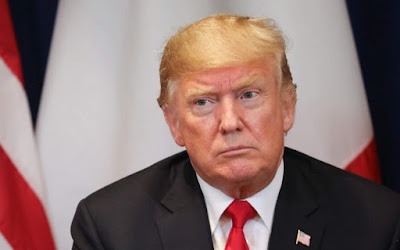 
With Donald Trump in the White House, how is it that American gun owners are worried, and wasting their money to be herded into the NRA?


NRA is Back With ‘Highest Ever’ Membership

I warned all of you  in the Webster Griffin Tarpley reality of the democrat party is to be split into Nazi and Marxist wings, and informed you that Donald Trump is now the chosen leader of the Nazi wing. Proof of this is Brad Parscale at the Michigan event, taking cell phone numbers of those who attended, and data mining them, and revealing that 34% of the attendees were DEMOCRATS.

Inside the Beltway: Trump returns to Michigan for mega MAGA ...

https://www.washingtontimes.com/news/2019/mar/27/inside-the-beltway-trump-returns-to-friendly-enthu/
Mar 27, 2019 · What happened to us in 2016 is never going to happen again," Michigan Democratic Party chairwoman Lavora ... open for the event, ... cannot be replicated," according to Brad Parscale, ...

Great news for Titan Trump, but what kind of news are you going to get in the same old shell game of "Watch the Border Wall" while Donald Trump increases and legalizes your replacements.
Gun owners are nervous, because Trump does nothing but ban accessories and ban certain firearms.
Watch this Obamacare, which is supposed to be off the books, remember in no tax penalties. Well here it comes back in the White House is now moving for repeal and replace........yes replace with the same kind of Trumpnesty, which will legalize a new Obamacare forcing people to sing up for a new rationed death.

You are being warned, that Donald Trump has a pattern. He says things, does not deliver, and then after a big diversion event, you end up with Jeb Bush and Hillary Clinton policies for Obama's 3rd Term.

I had a look at Donald Trump's latest replacement for Ginsburg, and in the Wiki bio of her, she says the same thing as Brett Kavanaugh about upholding Obama law. This Catholic states that her personal views have no place in the law (like overturning aborticide) as the law stands as the law.

This is what Donald Trump has chosen 3 times now and that pattern is troubling as the first thing Kavanaugh voted for was keeping aborticide on the books, just as this blog predicted.


Donald Trump is going to lead a socialist democratic party, a party of Hubert Humphrey, in liberal as hell, anti Christian, built on blacks, sodomites, Jews and the White Christians can just tag along for the train ride.

I fully believe this next election is being set up for a Trump second term, but it will be more Bushism, and no returning the United States to greatness or responsible liberty.

It is time to take your mindwarp off and face the reality of what America will be dealing with in President Trump 2021, as America will become a nation of the last Protestant Christians who will begin dying out, for Jesuit and Muslim, with Jewish financial control by the 7 major conglomerates which Birther Hussein instituted.
It is nothing to deny as it is reality, and nothing to be upset over, as this is too big for any individuals or Tea Party groups to attempt to vote away. Globally Adolf Hitler won the second world war, as his government identity is what has prevailed across the globe in a police state of managed government overseeing conglomerates who own the political parties, to manage the masses effectively to keep the order in place of 1% rule, the depressed middle masses and working slave class of foreigners.

Maybe Christ will return and establish by force His rule. Maybe in 400 years some strange people coming across the natterings of this blog, will decide to venture like the Pilgrims to some planet in the then astro travel galaxy to plant the seeds of a Republic again. It is for now the mutation of the Kingdom of Israel from Ivory Houses to people only having parts of chairs as their inheritance.

It is building a bridge to somewhere small now. A garden, a craft project, a grandchild's smile, a getting your ankle so you can walk again, and moving on to tomorrow.

It is why I base my life in Christ. That is stability which can not be touched in a world of constant deception and change. It allows a liberty to not be sucked into the events which are beyond control and to just move on to the things which do please as I await upon a better day to arise.