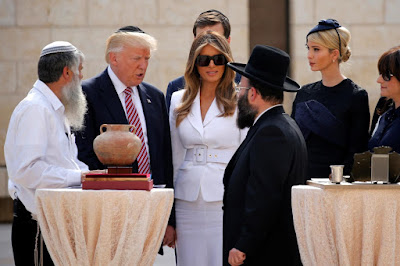 
As a White person do you enjoy being racially blamed for the world's evils and now facing genocide as hordes of tan skis are dumped into the United States? As a Black person are you enjoying being replaced by more productive Mexicans, because you speak out against abuse? As a Brown skinned American, are you pleased that you are being stereotyped in being all the same? As an Asian, are you pleased that you are expected to do the thinking job while the imported races get to be the pets of the big boss on top?

All of this is relevant in the United States and most of Europe, to set the stage of how the Mossad perpetuates Jewry around the globe in subverting and stealing from nations.
Victor Ostrovsky in this book, By Way of Deception, relates that the Mossad has an entire division which is employed to gain access to nations by selling them arms, and then finding ways to extort money from those nations for the Jewish state. He provides Sri Lanka as an example, which should make your head swim in the scheme.

It was then presented that the farmers in Sri Lanka were giving the ruling class trouble. The Jews answered by telling the regime to deport them from their productive lands to the desert north. This sounds like nothing no one would want, but the catch in this was a World Bank Loan of 2.5 billion dollars, which Americans and others underwrote, meaning the Jews stole the money from them, as they were going to help build an irrigation ditch to the north for 750,000 acres. The Jews were never going to build the channel as this was all a way of just stealing money for the Tel Aviv regime.

The Mossad had this all down in when inspectors came, they drove them around in the forest forever, showed them models, picked them up and the inspectors were satisfied the project was progressing and the money kept pouring in, as the Tamil and the farmers lives were destroyed, just like American lives are being destroyed in this great scheme.
Mr. Ostrovsky says the same thing happened in Lebanon with the Jesuit dope lords there, in they took money for a road to be built, never built the road, but kept taking money for the upkeep of the road, because if they didn't, those in charge would wonder where the road was.

In all of this, the Mossad, would ship in Sri Lankans to teach them how to be SWAT killers of the public, in the same way American law enforcement is taught to intimidate and enforce. The Mossad also brought in the Tamils, and the Indians who supported the Tamils. Ostrovsky points out one time an idiot kaska had all three groups training in the Israeli state at once, and on one base the Tamils and Sri Lankan's actually jogged by each other.
They were all called monkeys by the Mossad, so when you hear the anti semite charge, you can just keep that racism in mind in what Jews think of the goy.

An amusing side note to this is Mr. Ostrovsky was made to guide the daughter of the leader of Sri Lanka around in Judea. She was bewildered and kept complaining about why this massive irrigation project was never accomplished. It was never meant to be as it was all a sham.

So when you see these Muslims and Jesuits pouring into Western nations, pushing out the established peoples with generational genocide, and it does not make any sense, just keep in mind Sri Lanka, as in the global order it all makes sense in pitting peoples in their own nation against each other, so the cartel will make money.
Obama was the best thing for gun manufacturers, who just happened to be in the lion's share European for America and most of those guns were built in Muslim Turkey. You think you are so patriotic and smart, and you are no different than the monkeys from Sri Lanka and are referred to in the same unflattering terms by those who are behind these commerce schemes.


US Aid to Israel and the Palestinians - If Americans Knew

https://ifamericaknew.org/stat/usaid.html
Israel receives over $3 billion in direct foreign assistance each year, which is roughly one-fifth of America's entire foreign aid budget. In per capita terms, the United States gives each Israeli a direct subsidy worth about $500 per year.

Donald Trump harps about China which steals US technology wholesale, but when the Jews have stolen most of the US armaments, re manufactured them, and then illegally sold US goods to foreign markets, Donald Trump is blind and Twitter mute to it all.

https://rense.com/general24/israelidrugsmugglers.htm
Drug abuse and related crimes have been considered byproducts of affluent nations, spoiled by wealth and comfort. But Ecstasy, along with marijuana, hashish, heroin, and cocaine, is heavily used and traded in Israel today, in what some call a sign of the times.

https://www.haaretz.com/israel-turns-into-cocaine-trade-hub-1.5276110
As early as the first decades of the previous century, cocaine made its appearance in Tel Aviv. In 1929, the Tel Aviv Police seized 800 grams of the drug, which at the time was worth 300 Palestinian pounds.


If you want to know who controls major pipelines into Europe and the United States, it is the folks at Tel Aviv, padding American foreign aid, and ruining American's lives. Victor Ostrovsky noted that "confiscated hashish from the PLO going into Europe", was shipped to Panama to be sold in the United States by the Mossad. The Mossad always has aircraft for use in their profit structure and more to the point, the Mossad couriers all have diplomatic immunity and their packages as large as automobiles can not be searched.

That is why Victor Ostrovsky wrote his memoirs 30 years ago, after the Mossad tried to murder him for being a whistleblower. Nothing has changed, except the Mossad now has control in most of the nations they have been engaged in arms traffick and training to. In the 1980's the socialist state of Judea, and yes they have a Nazi regime there in it is all fascist in regime control by a police state which probably shocks you, but as whether you are in Europe or America, you are all in the concentration camps of your borders being exploited, is that in the 21st century, the Jews are no longer going bankrupt as their cash flow problems have ceased.

The above rapine, centered on Americans is why the Jews have money in the Shylock Commerce and Americans have nothing but debt. 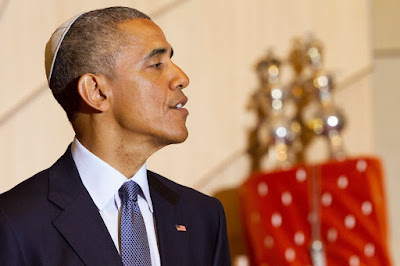 Obama: 'I am the closest thing to a Jew that has ever sat ...