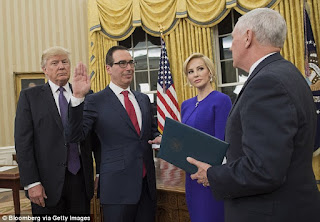 Yes I swear my blonde is real and hotter than Ivanka!!!

There is something this blog has attempted to warn and alert everyone to in the framing of Donald Trump, which has not resonated as it should, as the spying on Donald Trump was not just wire taps, but the reality that every financial transaction of the Trump campaign, his children, his business and his associates was all examined illegally in a wide sweep of the abuse of power. It has been noted in the MSM, but no one has bothered to investigate or report it. Only the Chicago Tribune gave a passing sentence to it, but that sentence unveils everything which should puzzle all of you, because this John Brennan coup group, was hunting Russians BEFORE the Michael Steel Pissgate Dossier.
They never gave a damn about the fake dossier. What set off the earthquake in the agencies was the trojan hacking of John Podesta's email when he clicked on that Gmail link.  You really need to get this, in John Podesta is the deep state of deep state. He was the intelligence minder to handle Hillary Clinton. His being targeted is what set this all off, because a major asset of the intelligence community was accessed.
Now whether in this wag the dog that Podesta deliberately clicked that link to activate the "Hunt for Russians" as I doubt this coven master was that stupid or he was that stupid, this was the access point of all of this.


the FBI, the CIA, the National Security Agency, the Justice Department, the Treasury Department’s Financial Crimes Enforcement Network and representatives of the director of national intelligence,


The explanation of all of this was not Jared Kushner hauling in  millions from Russian Jew mobsters, but what the Brennan coup was tracking was Russian pensions or Russian retirement funds being paid to Americans as it is their money. This then was transformed into the charge which has never been mentioned that Guciffer 2.0 who Robert Mueller incorrectly kept stating was Russian military out of Moscow, and by linguistics looks to be Balkan, was not in Europe at all, but what the US Treasury was sifting through records of were AMERICANS, yes Russian Americans in their pensions, and the Americans inside the United States who John Brennan was stating were hacking democratic computers.
No evidence has ever emerged that Russians hacked anything as Seth Rich copied DNC records for Wikileaks and was murdered on the streets of DC for that act, but as the reality sinks in, the Obama White House was racially profiling Russians in the United States, and were sifting through their every financial transaction.
Just so you comprehend this about this group of American retirees, the Treasury was just one surveillance in this. The FBI, NSA, DOJ and the NIA were all involved. That meant all their travel, all their associates, their communications and their neighbors were all lit up in this just like Carter Page, Jerome Corsi, George Papadopoulos and Roger Stone's associates were all in that unmasking request.

As the Trib quote reveals, before there was a Donald Trump, this group was stoking this as a Hillary talking point to run against Vladimir Putin in the 2016 election, while trampling on the rights of Russian Americans.


One of the allegations involves whether a system for routinely paying thousands of Russian-American pensioners may have been used to pay some email hackers in the United States or to supply money to intermediaries who would then pay the hackers, the two sources said.The informal, inter-agency working group began to explore possible Russian interference last spring, long before the FBI received information from a former British spy hired to develop politically damaging and unverified research about Trump


Today, FinCEN is one of Treasury�s primary agencies to oversee and implement policies to prevent and detect money laundering.  This is accomplished in two ways.  First, FinCEN works in partnership with the financial community to deter and detect money laundering.  FinCEN uses counter-money laundering laws, such as the Bank Secrecy Act (BSA), to require reporting and recordkeeping by banks and other financial institutions.  This recordkeeping preserves a financial trail for investigators to follow as they track criminals and their assets.  The Act also requires reporting suspicious currency transactions which could trigger investigations.
Second, FinCEN provides intelligence and analytical support to law enforcement and works to maximize information sharing among law enforcement agencies.  FinCEN�s work is concentrated on combining information reported under the BSA with other government and public information.  This information is then disclosed to FinCEN's customers in the law enforcement community.  These reports help them build investigations and plan new strategies to combat money laundering. 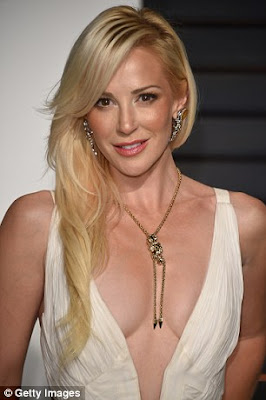 Yes mine are real!!!


We know as this witch hunt expanded that as one connects the dots in this, as John Brennan and Birther Hussein were telling poor women like Evelyn Farkas that Donald Trump was a Russian asset, that what John Brennan really believed was Donald Trump was financing Russian hackers, via money from Russian oligarchs. That is what Brennan was spouting off about and why when Donald Trump "invited the Russians to hack Hillary Clinton" that this sent Brennan through the roof along with his comrades. They were hearing Donald Trump admitting that he was Moscow's Man in America.
Is this starting to make a bit more sense?


A key mission of the six-agency group has been to examine who financed the email hacks of the Democratic National Committee and Clinton campaign chairman John Podesta. The London-based transparency group WikiLeaks released the emails last summer and in October.

We know at this time one certainty which will never appear in the Robert Mueller report of this investigation, and that is there was never found a financial link between Donald Trump and the Russian KGB, or Mr. Trump and his family with associates would have been indicted on this.

Robert Mueller pressed hard to find the "Missing Link", or more to the point in who knew the identity of the Missing Link. While the main investigation which began this was searching for Russian funding of Americans, which by not any indictments ever existed, the evolving witch hunt was about protecting the Missing Link and those who had contact with the Missing Link of the establishment.


As you missed this, that is how John Brennan and image Obama set this up "legally". Brennan was INFORMALLY spying on Americans and later the Trump campaign. That may be the excuse that Attorney General Bob Barr uses to try and sweep this under the rug, but this was an illegal operation by the CIA to protect Hillary Clinton in her crimes and to criminalize Russian Americans to intimidate them, and lastly to frame Donald John Trump.


Now the question in this, which is not being answered is, "Who exactly was it, that produced the idea that Moscow was funding hackers in America, and paying them through retiree accounts?" That is an immense question which is quite criminal huge now, as no evidence was ever found, so how many thousand innocent people had their personal lives investigated, and they have no idea that each one has an FBI file linking them as part of a subversive investigation.

Just how big was this investigation of Americans? Wikipedia lists over 850,000 Russian speaking Americans. That is almost a million Americans who are under investigation in 2016. Yes it is not Muslim terrorists or Mexican rapists who are the top of the list for federal law enforcement, but Orthodox Russian Protestants.

https://en.wikipedia.org/wiki/Russian_American
Many Russian Americans do not speak Russian, having been born in the United States and brought up in English-speaking homes. In 2007, however, Russian was the primary spoken language of 851,174 Americans at home, according to the U.S. Census.

These were Trump voters, Republican voters, because they are Christians who detest Obama marxism having left it behind, and no one has made an issue of this. This is a quite large story which of course has only been broken here again.

Odd in a Jew Russian banker is in charge of Treasury and not one word concerning any of these issues which his department was engaged in against Americans and the President of the United States.


Again, as another Lame Cherry exclusive in matter anti matter. 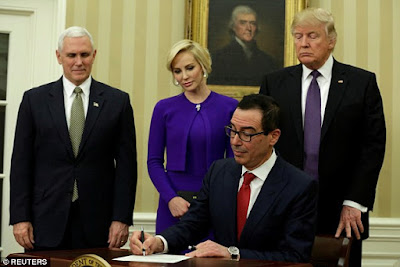 It is official I'm the Jew with the hot wife in DC!!!