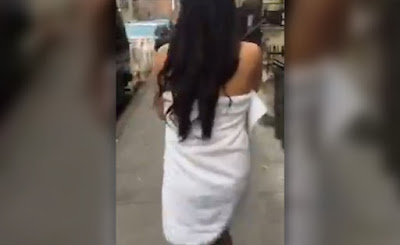 
Should this poor orphan girl adorn these pages with limitless prose and beauty, in teaching you the intricasies of the world around you, which you blindly stumble through, or should this woman be blunt, in reflection of the rich not donating, in giving them what they want, a woman to pick up in an alley, and give her a hard brutal fuck to satisfy the need, kick her to the curb, and travel on to their luxury dining, where they can sit with others in pretending they are experts in the vice which they speak, and never lt on that they never paid the little girl on her way home, as they thought she was a whore.

I think this post will be the latter, as the above paragraph of prose is as much has been written since Capstick mirrored that old sod, in his flowering words of Death in the Long Grass.


Alas, the handwriting is on the wall. The once Lawrence Kudlow has become  quite Gary Cohn Jewstreet in his most recent intrigue of demanding that the Federal Reserve drop interest rates by half a percentage point.
Yes Larry was on FOX and friendless, selling his political assassination, as that is what this is, and the orphan girl will explain.

https://www.detroitnews.com/story/business/2019/03/29/kudlow-one-half-point-rate-cut-fed/39275225/
Kudlow's call for a sharp rate cut by the Fed is in stark contrast with President Trump's touting of the U.S. economy, which he says is in its best shape in decades.


See Donald Trump, has whored the US economy, and sucked the life out of his voters to the last pennies. Warehouses are full as the production has outstretched the demand. Yes there is Trumpflation, as all of those Mexican asses need ass wipe to wipe the shit from those enslaved rectums, but the reality is from housing slumps, to Trump eco wars with China in not selling American grain, HAARP Weather Mod destroying American lives for building contracts and the reality that Trump Tax collected more money than Obama and gouged Americans worse on taxes, and ....yes Trump gas prices are spiking for a long poor summer for Americans, that the Trump Par Trois, or the 3rd Part of the Obama Super Depression is setting in, on the United States, and most of the world.

Good or God times are not a comin'.

See Donald John ran a whore's ride on Wall Street for 2 years in that money flowing into Wall Street from the Nazi Conglomerates that Gary Cohn engineered. The stocks are failing, because Trump's eco rapists have no more geezer saving to pour into the Stock Market. That in turn has caused this massive constriction on the US  economy again, and to this Lawrence Kudlow has stated the Fed needs to cut interest rates to 1.5% from 2.0% as the US economy can not take it.
That is pure bullshit and Kud knows it. The US economy has been staggering for the past 10 years under Obama. It never recovered from the Clinton recession of  1999 AD in the year of our Lord. That is the fact, and Donald Trump when he sold out the 2016 elections to Big Oil in not deflating oil prices but gouging the world, I warned all of you that MAGA was dead, as this was not Reagan tax cut and not a Reagan economy.
Lame Cherry proven right again.

So Donald John and the Kud know the Trump recession has already begun, and before people start stating that fact, the Kud appeared, and drew a line in the sand to scapegoat the Fed's Chairman who has been threatening Trump and will not resign.
Trump is quite FDR twister in the shit he pulls, in he has learned to frame people like John Brennan was framing him. See with Kudlow demanding a .5% drop in rates, which will not happen, the news will appear the US economy is tanking which it already has, so the next step is to find someone to blame, who has already been found in the Fed Chair, who will then be fired as Donald Trump will have an angry population ready to blame someone.

This is probably the first really astute thing Donald Trump has engaged in as President, so that is a plus as America needs a Jehu tyrant.

Fed Chairman Will Not Resign, Even If Trump Asks | The Daily ...

https://dailycaller.com/2019/01/04/jerome-powell-will-not-resign/
Federal Reserve Chair Jerome Powell is standing his ground amidst recent criticism from President Trump. Powell spoke out in a joint interview with predecessors Ben Bernake and Janet Yellen. Powell flatly said, "No," he would not honor the president's request for his resignation, should it ever come.


A strong President would just fire the turd, but a weak President has to send out geezer Kudlow to look like Kermit the Frog waving his arms around in this stage theater of Trump Politic.

In review......yes that is a nasty, non poetic article, a good hard fuck of an innocent, so the rich can now wash it all off in their tiled floor shitters and emerge just in time for the clergy to smile over them over wafers  in what moral people they are.

A nasty hard fuck for free. That is the way the rich like their Lame Cherry.