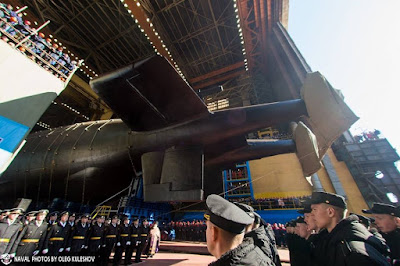 American experts are so, always the experts, and so comforting as just one year ago, we were assured that Russia's nuclear doomsday weapons were years away. The problem is President Vladimir Putin successfully tested his new "nuclear drone mothership" has already deployed one, and will in 2020 begin full deployment.

So you understand this, Russia does not need hundreds of these submarines, as one submarine can launch six 100 megaton warheads, in perfect Cobalt 60 poisoning on an enemy's shores for miles inland for five years, in massive tidal waves.


We have a bit of problem though in you may remember the Hunt for Red October in that machine having an advanced propulsion system. The Lame Cherry will term Mr. Putin's new toy as Red April as the Russians have covered up the propulsion system of this new advanced drive.
To the point, Russia has created a screw of some type which is fast and silent. This is the Stealth Screw.

To the point, what if Russian engineers have created a way to make a prop sound like the ocean? One can not detect and ocean wave sound in an ocean of waves. 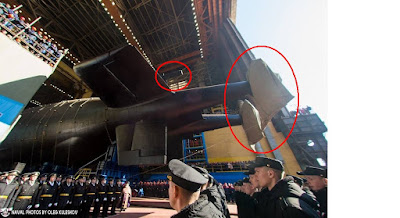 It is this propulsion system and the interesting jet nozzle on top which are advances which the American CIA has yet to wake up to. America has nothing like this in this submarine gap. 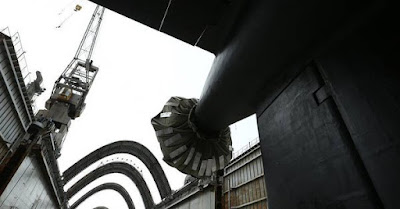 The Belgorod is beyond even what the Americans had thought it would appear like. Where the Americans foresaw a whale, the Russians created a shark. 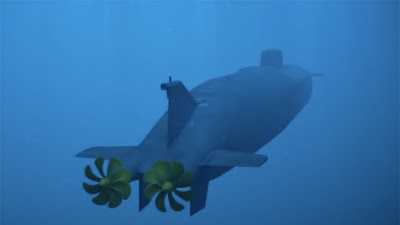 Take the Belograd in her payload and transfer it to 6 locations on the American shore, in New York, New Port News, Boston, Baltimore, DC, Raleigh and America ceases export and import for 5 years. Three such Belograd's could landlock America on all her coasts for 5 years.

These subs can deploy to the deep trenches of the Pacific and Atlantic and sit for years. They can park in the Columbia River to Boston Harbor, and no one would know they were there until those cities disappeared with millions of Americans in the 30 minutes it would require for the waters to flood and recede.

And this from Mike Pompeo:

Russia’s new weaponry allegedly came as no surprise to the US intelligence community either, CIA Director Mike Pompeo said on Sunday, echoing the widely accepted American reaction to the news. Pompeo instead used the opportunity to tell the American public not to worry about the unprecedented potential of the Russian strategic systems.
“Vladimir Putin says lots of things that are without foundation. I don’t want to comment precisely on the details,” the CIA director said on Fox News Sunday. “We are following and tracking all of this closely, as are our brothers at the Department of Defense.
“Americans should rest assured that we have a very good understanding of the Russian program and how to make sure that Americans continue to be kept safe from threats from Vladimir Putin,” Pompeo added.


For a translation in this from 2018, Mike Pompeo and the entire CIA and DIA were flat ass wrong. Pompeo called these Russian weapon systems as pipe dreams. These are real nightmares in the Russians have already successfully tested all of them from hypersonic nuclear cruise missiles to these cobalt mothership doomsday submarines.

The wishful thinking voiced by American officials has further been laid to rest on Monday by Deputy Defense Minister Yury Borisov, who made clear that some of the new systems are already in mass production and are being used by the Russian armed forces.
“This is not a bluff, but a new reality,”

This is the worst blunder in American intelligence and has placed all Americans in jeopardy. The strange reality is though, that these weapons of Russia if used, would be a salvation for the Christian Protestants of America, by obliterating the leftism metro enclaves of sanctuary cities of illegal criminals, who have been imported to genocide the native American race.


A most interesting dilemma in the greater enemy is the cartel in deep state control of the United States and there is zero comfort in knowing that those the cartel have placed into power in America the John Brennan's and Mike Pompeo's who had no idea Russia had been building these doomsday weapons in response to America withdrawing from treaties and building the dial a nukes for first strike. 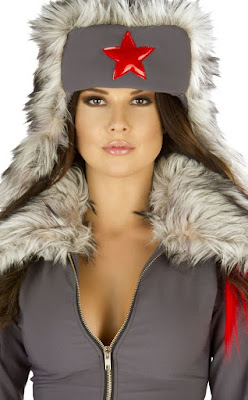